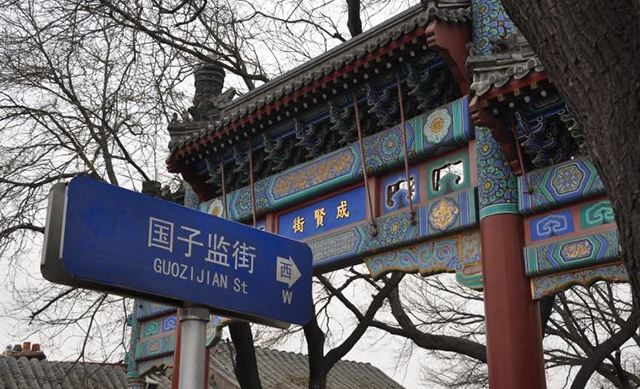 Guozijian Street, in the Andingmen Gate of Dongcheng District, Beijing, is an east-west alley. In the Qing Dynasty, the name “Chengxian Street” was named after the Confucius Temple and the Guozijian, also known as Guozijian Hutong. Located in the northwest of Dongcheng District. From the Lama Temple Street in the east, to the Andingmen Inner Street in the west. Because of the Guozijian, the name. One of the first “Chinese historical and cultural streets”. 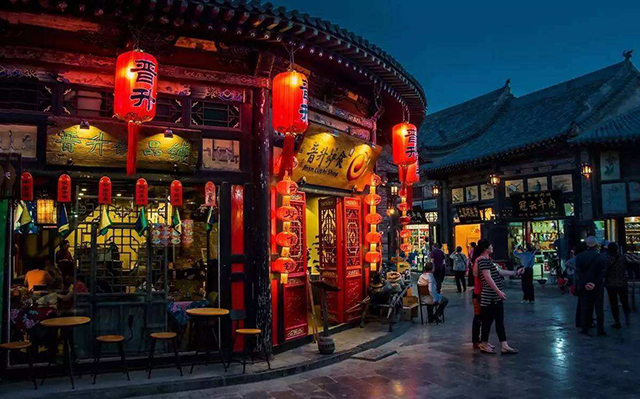 Pingyao South Street was founded in Xianfeng six years (1856), and it was closed in the second year of the Republic of China (1913), which lasted for 58 years. Also known as Ming and Qing Street, it has been the most prosperous commercial center in Pingyao County since ancient times. The shops on both sides of the street are buildings with Ming and Qing styles. 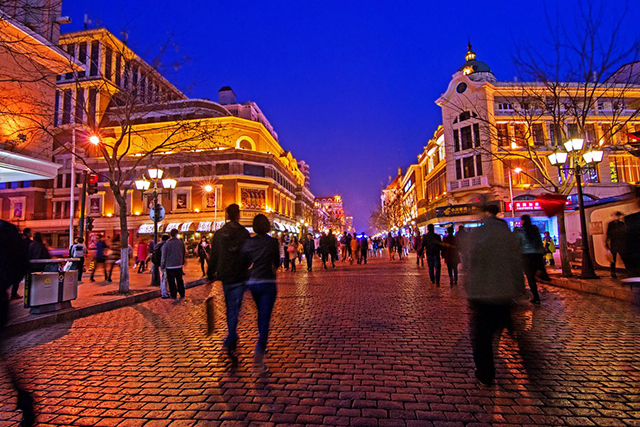 Harbin Central Street Pedestrian Street is currently the largest and longest pedestrian street in Asia. It was founded in 1898 and was originally called “China Street”. In 1925, it was renamed as “Central Street”, which has been inherited since then, and has now developed into the most prosperous commercial street in Harbin. 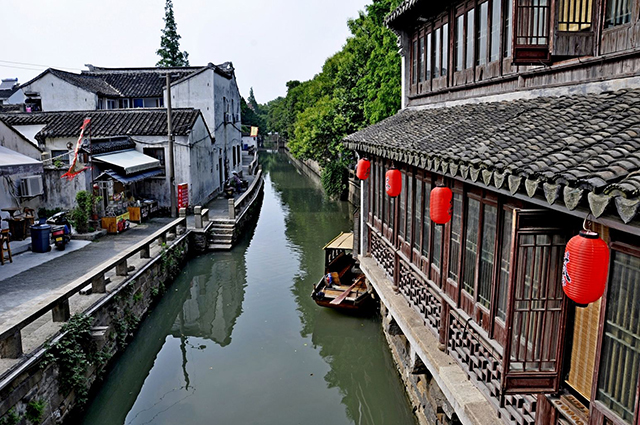 The ancient city of Suzhou is a model of the ancient regional capital that relies on the characteristics of the water town and adopts a checkerboard layout. The city site has not changed since 2,500 years, and the pattern still exists. It is one of the specimens of the ancient Chinese city. Pingjiang Historical and Cultural Street is the most preserved area in the ancient city of Suzhou. It has a world cultural heritage coupling park and 10 provincial and municipal cultural relics protection units, as well as 64 historical and cultural heritages of Suzhou City. 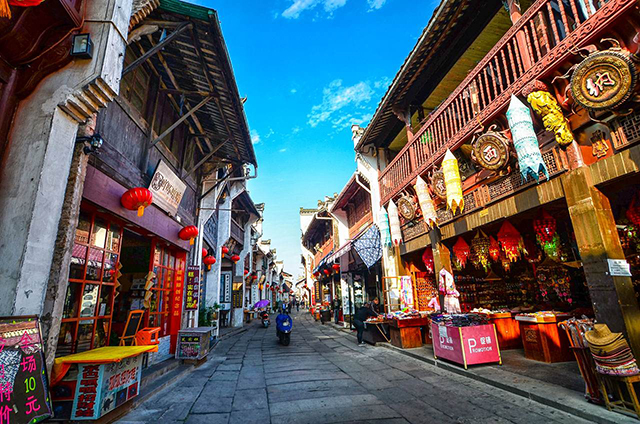 Tunxi Old Street is located in the center of Tunxi District, Huangshan City, Anhui Province. It is surrounded by mountains in the north and Lishui in the south. It has a total length of 1,272 meters, and the essence is 853 meters and the width is 5 to 8 meters. Including 1 straight street, 3 horizontal streets and 18 alleys, the entire street and alleys composed of more than 300 Huizhou buildings built in different years are distributed in the shape of fish skeletons, narrow in the west and wide in the east. Because Tunxi Old Street is located in the intersection of Hengjiang, Yanshui and Xin’anjiang Sanjiang, it is also known as the “Qingming Shanghe Map”. 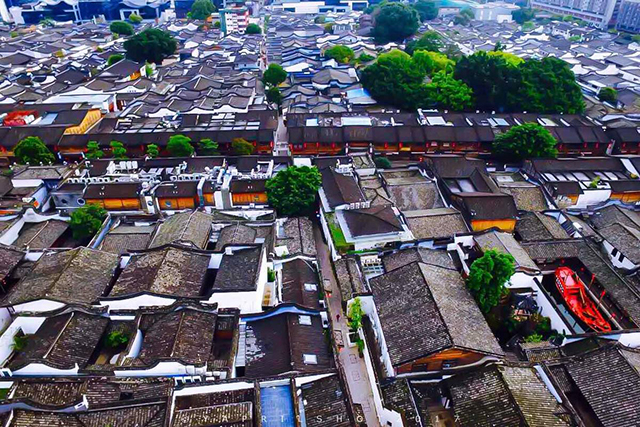 The Sanfangqixiang is the historical source and the root of culture in Fuzhou. Since the formation of Jin and Tang, it has been the settlement of nobles and scholars, and the Qing Dynasty has turned to the glory of the Republic of China. There are about 270 ancient dwellings in the area, and 159 are listed as protected buildings. From the location of the building, it should be analyzed that there are three lanes behind the seven lanes. The ancestors of the Tang Dynasty first built a group of “new villages” arranged along the axis of the city – South Street. Then, next to a South Back Street, develop to the west, build a group of square lanes, and become a “non-” shaped structure of the south back street as the central axis. 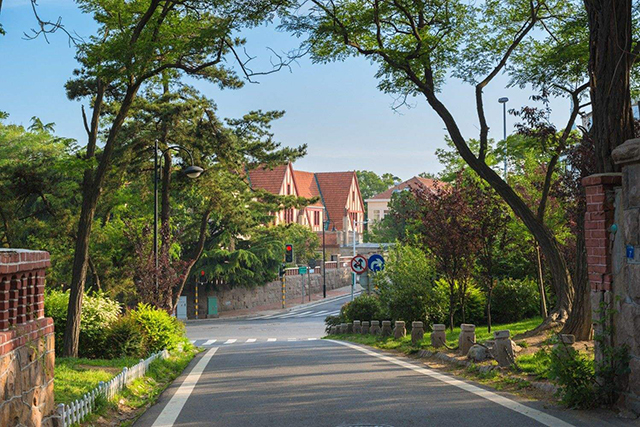 Qingdao Badaguan is located in the east of Huiquantun, Taipingjiao, Qingdao, Shandong Province. Zhanshan and Taipingshan are listed in the north and cover an area of 1.5 million square meters. “Badaguan Scenic Area” is located in the eastern part of Huiquan, Taipingjiao, Qingdao, Shandong Province. It is a famous scenic resort in China. With an area of more than 70 hectares, ten quiet and quiet roads are in between. The main roads are named after the eight famous Guanyin of China. 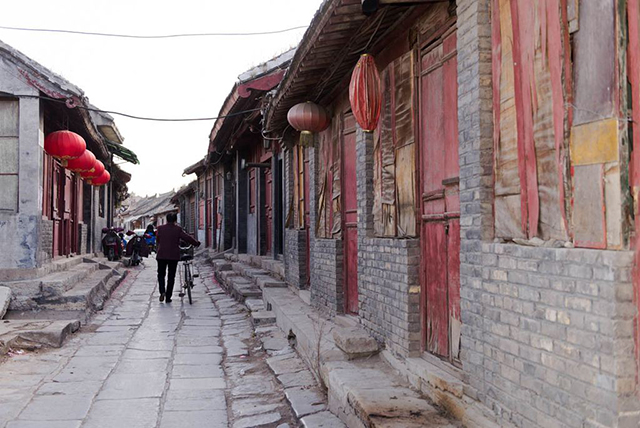 Qingzhou Zhaode Ancient Street is located in Qingzhou City, Shandong Province, the first “Top Historical and Cultural Street” in China. Due to the name of Zhaode Pavilion in the middle section of the street. It is one of the most concentrated streets inhabited by the Hui people. Zhaode Ancient Street has always been a Hui nationality area with rich ethnic characteristics. The ancient street has always maintained its original historical pattern. Old shops, small bricks and small tiles, and ancient wooden doors, are faintly visible in the years when merchants gathered and tourists woven. 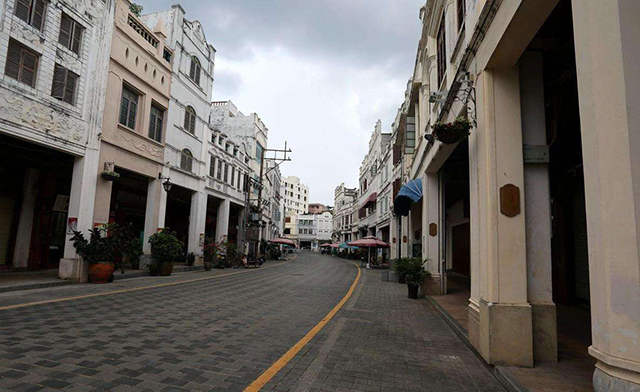 Haikou Arcade Old Street is one of the most distinctive streetscapes in Haikou. The oldest building, the four-storey building, was built in the Southern Song Dynasty and has a history of more than 700 years. The Haikou arcade is mainly distributed in the old streets of Haisheng City such as Deshengsha Road, Zhongshan Road, Boai Road, Xinhua Road, Jiefang Road and Changdi Road. The old street of the old building covers an area of about two square kilometers and has a total length of 4.4 kilometers. There are nearly six hundred and three high-rise buildings with large and small buildings. 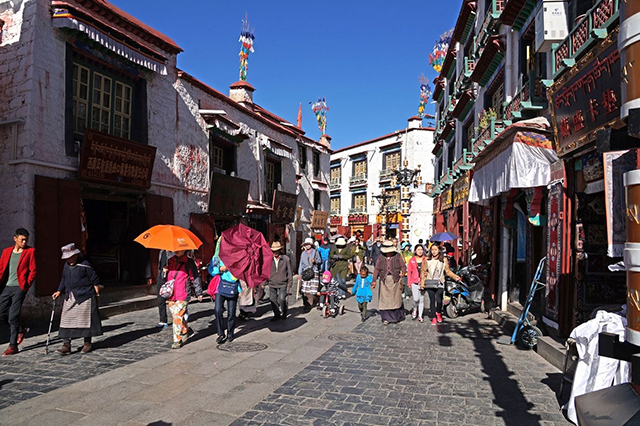 Barkhor Street, also known as Bajiao Street, is located in the old city of Lhasa. It is the famous turn-by-turn and commercial center of Lhasa, which preserves the traditional appearance and living style of the ancient city. The original street of Barkhor Street is just a single turnaround around the Jokhang Temple. The Tibetans call it the “Holy Road”. It is gradually expanding into a large old-fashioned old neighborhood around the Jokhang Temple. Barkhor Street is a polygonal street ring consisting of Bajiao East Street, Bajiao West Street, Bajiao South Street and Bajiao North Street. The circumference is about 1000 meters. There are more ramps in the street and there are 35 lanes.