As a country with a history of 5,000 years, China has a profound historical and cultural heritage. So what are the major cultural provinces in China? According to the order and number of famous historical figures in the historical dynasty of each province city, which provinces are arguing, and which provinces are competing for hegemony, let ‘s take a look the Top 7 Chinese Cultural Provinces In 2019. 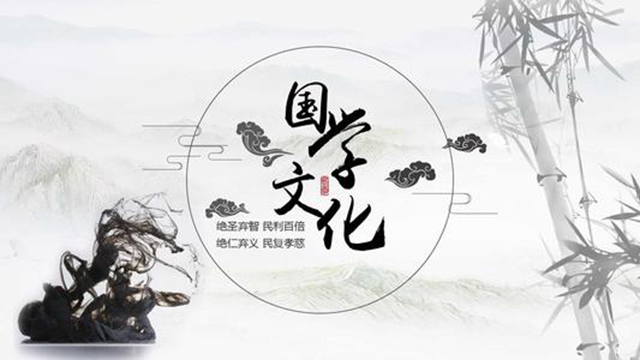 Shandong is an important birthplace of Chinese historical and cultural thoughts. Confucian, Mencius, Guanzi, Zengzi, Sunzi, Mozi and other Confucian, Legal and other giant doctrines appeared, and Qi Guo and other countries that were once more powerful in history After establishing the country, famous historical figures such as Zhuge Liang, Jia Siyi, Wang Xizhi, Yan Zhenqing, Xin Qiji, and Li Qingzhao also came from Shandong.

Henan is also prominent in the torrent of history. During the period of the Scholars, there were important historical figures such as Lao Zi, Zhuang Zi, Fan Ye, Shang Ye, Li Si, and Lu Buwei. Due to its geographical advantage, it is in the center of the Central Plains, so talents emerged during the Wei, Jin, Northern and Southern Dynasties and the Tang Dynasty.

In the history and culture of Jiangxi, the Song Dynasty characters are the most prominent, and Tao Yuanming, which is widely known, is one of them. The culture of Jiangxi in the Southern and Northern Song Dynasty reached a very high level in the Central Plains. Well-known writers such as Yang Wanli appeared. From the Yuan Dynasty to the early Ming Dynasty, it also had a high level.

Before the Song Dynasty, Zhejiang had famous celebrities such as Gou Jian, Zhu Suiliang, Yu Shinan, and King Luo Bin. After the Yuan and Qing dynasties, there were many people with great thoughts, such as Liu Ji, Yu Qian, Shi Naiyu, Wang Guowei, Cai Yuanpei, Lu Xun, etc .

Compared with Zhejiang, its historical and cultural figures are slightly inferior to those of Zhejiang. There are obvious gaps between the Song Dynasty and before. There have been Tao Hongjing, Gu Kaizhi, Lu Ji, Liu Yiqing, Li Yu, Bao Zhao and other figures. The Ming and Qing Dynasties were the pinnacle of their development. Qi, Wang Shizhen, Gu Xiancheng, Xu Xiake, Wen Zhengming, Dong Qichang, Wu Chengen, Gui Youguang, Feng Menglong, Mei Lanfang, Xu Beihong, etc.

Shanxi is best known in the Jin Dynasty, and there are many historical figures that are more familiar to the public, such as Xu Guo, Xue Daoheng, Wang Bo, Wang Zhiyi, Wang Wei, Lu Lun, Wang Changling. Wen Tingyun et al., Along with the change of history, their culture has not been lost.

Fujian has fewer characters in the historical dynasties than in the previous provinces. It developed to the peak between the two Song dynasties. One of the four major schools of Confucianism was born here. People such as Lin Zexu, Yan Fu, Lin Yutang, and Bing Xin also appeared in China.
Eliminate the ranking of the seven major cultural provinces. In fact, in the early history of China, the four ancient capitals were mentioned as Xi’an, Luoyang, Nanjing, and Beijing. Later, with the influence of many factors, three more ancient capitals were added on top of the four ancient capitals to form the current seven ancient capitals: Xi’an, Luoyang, Nanjing, Beijing, Kaifeng, Hangzhou, and Anyang. I wonder if your hometown has appeared in the seven rankings of the top Chinese cultural provinces?