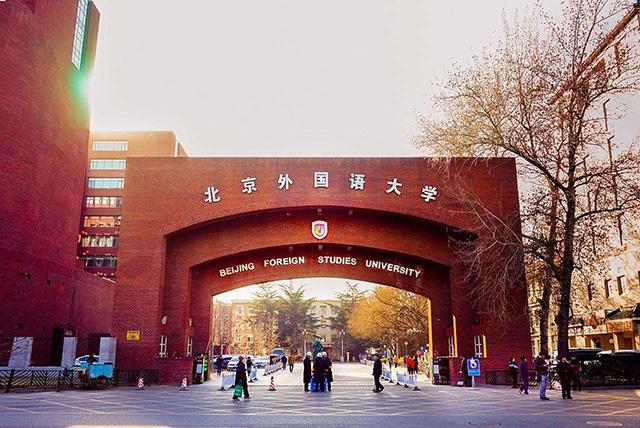 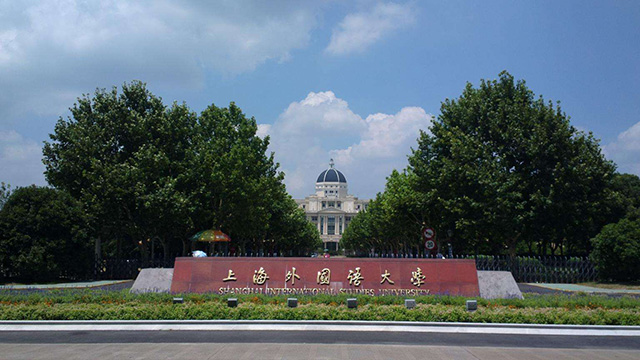 Shanghai International Studies University was founded in December 1949. It is the first higher foreign language institution established after the founding of New China. It is one of the cradles of foreign language education in New China. “And” double first-class “national key universities. At present, Shanghai and foreign countries have fully formed a disciplinary structure with a coordinated development of five major disciplines, including literature, education, economics, management, and law.

Guangdong University of Foreign Studies, Guangwai for short, is located in Guangzhou, known as the “Flower City”. The school was selected into the “2011 Plan” and “Asian University Student Exchange Collective Action Plan” (Asia Campus Plan). One of the 19 universities in the world, one of the founding units of the National Department of International Economics and Trade, and a member of the International Association of Colleges of Translation Studies. Key universities. The school’s predecessors were Guangzhou Foreign Studies University and Guangzhou Foreign Trade University.

Beijing Language and Culture University, a college directly under the Ministry of Education, was founded in 1962. The school provides professional education for Chinese students in foreign languages, Chinese, information science, economics, and arts. At the same time, it undertakes tasks such as training Chinese language teachers and foreign language training before going abroad to study abroad. Selected as a national high-level university public postgraduate project, a special key subject project, the Ministry of Education’s Overseas Study Demonstration Base in China, and a Chinese government scholarship for foreign students in China.

Xi’an International Studies University, located in the ancient capital of the world ’s historic city of Xi’an, is one of the first four foreign language colleges established in New China, a major institution of higher learning in the northwest region, a high-level university in Shaanxi Province, and the New Silk Road University One of the members of the Alliance and Chang’an Alliance. Chinese government scholarships for foreign students in China. It is a multi-disciplinary foreign language university with foreign language education and humanities as its main body, social sciences, management disciplines, and science disciplines as a coordinated development. It is an important foreign language training base for the country.

Sichuan International Studies University, located in Chongqing, a municipality directly under the Central Government, is a municipal full-time general undergraduate institution of higher learning approved by the Ministry of Education of the People’s Republic of China. One of the important bases for the cultivation and study of foreign languages and cultures, foreign economics and trade, and international issues. The school is dominated by foreign language and literature disciplines, with a coordinated development of literature, economics, management, law, education, philosophy, and arts.

Dalian University Of Foreign Languages was founded in 1964. It is located in Dalian, Liaoning Province, China. It is a provincial university in Liaoning Province. It is a foreign language-based university. The disciplines of literature, management, economics, engineering, law, and art support and coordinately develop Multidisciplinary foreign language university. The school has two campuses, the Lushun campus and the Zhongshan campus, with a total area of 1,261,500 square meters and a construction area of 473,100 square meters. The school has many international platforms such as the Confucius Institute, the Sino-Russian University Student Exchange Base, the Russian Language Center, the Chairman Unit of the Chinese President Committee of Shanghai University, and the Liaoning Province International Foreign Language Talent Training Model Innovation Experimental Zone.

Tianjin Foreign Studies University is a comprehensive college with distinctive features in literature, economics, management, law, education, art, and engineering. It is one of the eight independent universities in China. One of the higher foreign language colleges. The school currently has two campuses, Five Avenues and Binhai. The three courtyards of the Fifth Avenue Campus are located in Tianjin’s historic buildings and cultural tourism areas (Machang Road, Munan Road, Zhengzhou Road).

Jilin International Studies University is a key university in Jilin Province. The school has now become the national demonstration base for private higher education system reform. Jilin Province is a training base for high-quality foreign language and foreign affairs professionals in Jilin Province. The world ’s multilingual cultural education center with the most languages and distinctive features in Northeast China. And the cradle of innovative graduate talent training models. The school has successively won honors such as “Top 20 Chinese Private Universities with Comprehensive Strength”, “China’s Top Ten Integrity Private Universities”, “Top 20 Chinese Private Universities Education and Teaching Quality”, “Top 50 Universities with Typical Experiences of Graduate Employment in China” and other honors.

Zhejiang International Studies University is a provincial full-time undergraduate university located in Hangzhou, Zhejiang Province. Formerly known as Zhejiang Education College (Adult Education College), founded in 1955. General undergraduate education began in 1994. In 2010, the Ministry of Education approved the restructuring of the school and changed its name to Zhejiang Foreign Studies University. As of May 3, 2017, the school has two campuses, Wensan Road, Xiaoheshan, with a total area of 645 acres and a building area of 230,000 square meters.

Guangxi University of Foreign Languages is a full-time private undergraduate school approved by the Ministry of Education, located in Nanning, Guangxi Zhuang Autonomous Region. The predecessor was Guangxi Oriental Vocational College of Foreign Languages, which was founded in June 2004. In April 2011, with the approval of the Ministry of Education, the Guangxi Oriental Foreign Language Vocational College was upgraded to an undergraduate college and renamed Guangxi Foreign Language College. At present, there are two campuses in Wuning Campus and Airport Campus in Nanning. The campus covers an area of 869,546.95 square meters, teaching and administrative buildings are 132,634.91 square meters, and student dormitories are 116,669.84 square meters.

Zhejiang Yuexiu University of Foreign Languages is a full-time general undergraduate university established with the approval of the Ministry of Education. The school is located in Shaoxing, Zhejiang, a famous historical and cultural city in China, and was founded in 1981. . The school has two campuses, Jishan and Jinghu, covering an area of nearly 1,300 acres, with a campus construction area of more than 420,000 square meters. The school has formed a discipline layout with literature as the mainstay, economics and management as two wings, and multidisciplinary integration and coordinated development.