China’s infrastructure construction is developing at a rapid pace, and a series of super projects are also affecting the world.
In the past post,we talked about”Top 10 New Architectural Wonders In China“.In this post,we will talk about Top 10 Super Projects In China. 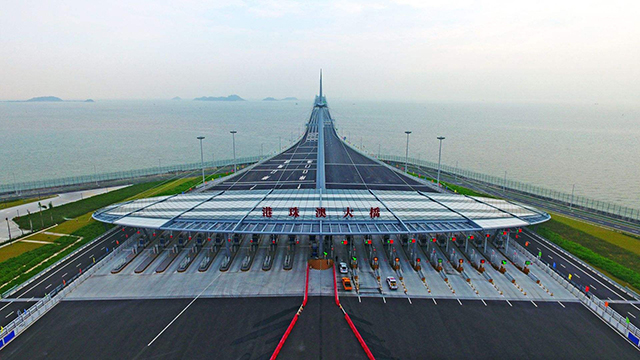 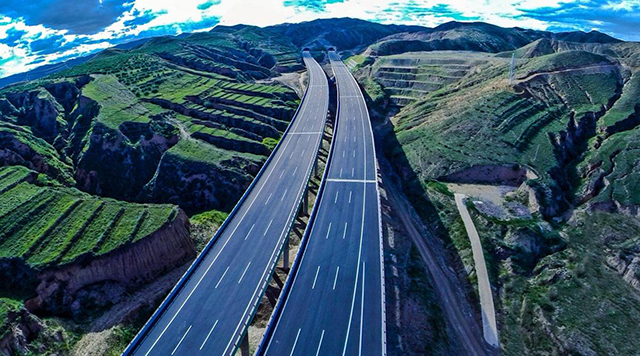 Beijing-Urumqi Expressway, referred to as Jingxin Expressway, also known as Jingxin Expressway, China National Highway Network No.: G7.
The Beijing-Xinjiang Expressway is an expressway connecting Beijing and Urumqi, as well as an important traffic artery for the development of the western region of the country. It has a total length of 2,540 kilometers and was started in September 2012. The Beijing-Xinjiang Expressway is the largest single-channel construction project in Asia and the longest desert highway in the world.
Along the line through Beijing – Zhangjiakou – Wulanchabu – Hohhot – Baotou – Bayan Muer (Linhe) – Alashan (Ejina) – Jiuquan (Ma Yushan) – Hami – Turpan – Urumqi. The starting point of Jingxin Expressway (Beijing Fifth Ring Road – Sixth Ring Road Section) was opened to traffic on May 24, 2014; the Xinghe South Toll Station to Xinjiang section of Wulanchabu City, Inner Mongolia was opened to traffic on July 15, 2017. 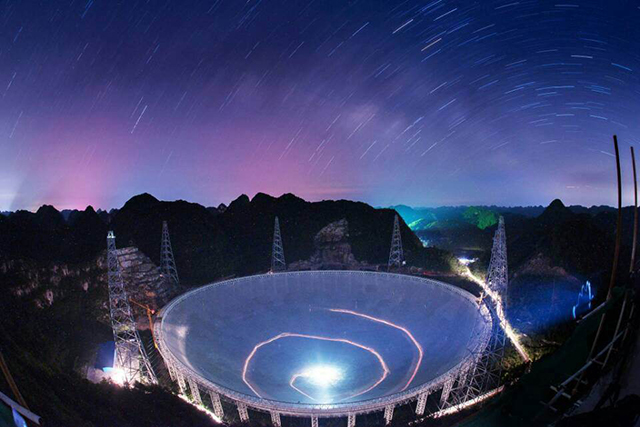 Five-hundred-meter Aperture Spherical Telescope, referred to as FAST, is located in the karst crater of Dawotun, Kedu Town, Pingtang County, Qiannan County, Guizhou Province. The project is a national major science and technology infrastructure, and the “Tianyan” project is initiated. The reflective surface system, the feed support system, the measurement and control system, the receiver and the terminal, and the observation base are composed of many parts.
The 500-meter spherical radio telescope is known as the “Chinese Eyes”. It was proposed by the Chinese astronomer Nan Rendong in 1994. It was completed in 22 years and was opened on September 25, 2016. It is built by the National Astronomical Observatory of the Chinese Academy of Sciences and has China’s independent intellectual property rights, the world’s largest single-caliber, and the most sensitive radio telescope. The overall performance is ten times that of the famous radio telescope Arecibo.
As of September 12, 2018, 59 high-quality pulsar candidates have been identified in the 500-meter spherical radio telescope, of which 44 have been identified as newly discovered pulsars. 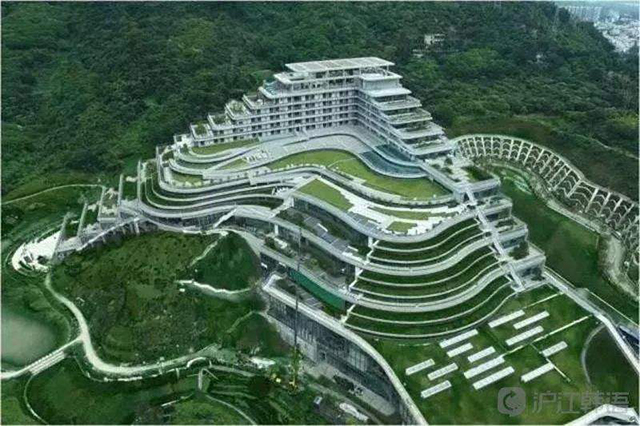 The National Gene Bank is a national-level public welfare innovation research and industrial infrastructure construction project serving the national strategy. It is the only national gene bank approved in China. In order to store, manage and utilize genetic resources, it provides a support platform for China’s biotechnology and life economic development.
In October 2011, it was approved by the National Development and Reform Commission, the Ministry of Finance, the Ministry of Industry and Information Technology, and the National Health and Family Planning Commission. The Shenzhen National Gene Bank was established and operated by the Shenzhen Huada Gene Research Institute. Shenzhen National Gene Bank Base is located in the “Hetangzi” plot in Dapeng New District, Shenzhen. The construction scale is about 116,000 square meters and will be completed in two phases.
On September 22, 2016, China’s first and the world’s fourth national gene bank will be officially opened in Shenzhen Dapeng New District. This is the only national gene bank approved in China. 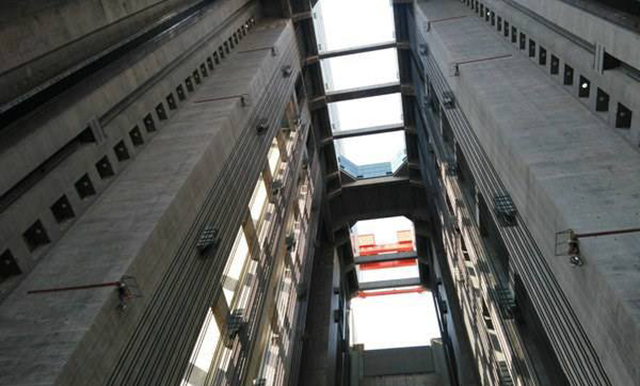 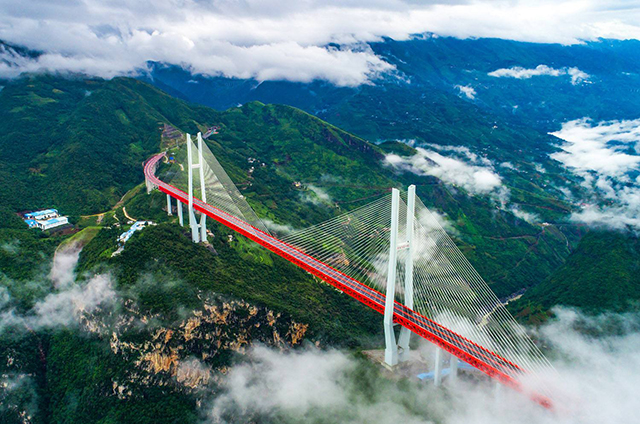 Gebei Panjiang Bridge: It spans Duge Town, Shuicheng County, Liupanshui City, Guizhou Province, and Pu Li Township, Xuanwei City, Yunnan Province. It is one of the three bridges of the Hengrui Expressway in Bijie to Duge Town (Qianjie). The bridge spans the Beipanjiang Grand Canyon at the junction of Yunnan and Guizhou provinces, and connects with the Xuanwei section of the Puli Township of Hangrui Expressway under construction in Yunnan Province.
The bridge was jointly built by Yunnan and Guizhou provinces with a total investment of 1.028 billion yuan, of which 537 million yuan was invested in Yunnan and 491 million yuan was invested in Guizhou. The total length of the bridge is 1341.4 meters, and the vertical height of the bridge to the bottom of the valley is 565 meters, which is equivalent to 200 stories. This is the highest cross-river bridge in the world: it is higher than the highest bridge in the world, Papua New Guinea’s Haijijiao Gorge Bridge (pipeline bridge). 100 metres.
Reasons for the high position: This is the karst landform area. The mountainous terrain is 10 km along the river. The limestone is densely covered and the hardness of the mountain is extremely poor. In order to avoid the caves and fissures scattered throughout the mountain, the designer constantly moves the bridge to a high position and finally the bridge deck. Set at this dazzling height.
On September 10, 2016, the vertical height of 565 meters, which was jointly established by Guizhou and Yunnan provinces, is equivalent to the 200-storey world’s first high-bridge Hangrui Expressway Beipanjiang Bridge—Hangrui Expressway, Guizhou Province, Bijie to Dudu The Beipanjiang Bridge of Ge (Bengjie) realized Helong. Opened on December 29th.
Change history: Duge Town of Guizhou Province and Pu Li Township of Yunnan Province look across the river. The residents of the two sides of the river have come to each other in history. It is necessary to climb over 3 hills and walk 40 kilometers of mountain roads to reach the opposite bank. The collection of Longjing Village in Duge Town from the opposite side of the hill The city has to walk for 3 hours. After the bridge is opened to traffic, the distance is near, and the journey from Xuanwei City in Yunnan Province to Liupanshui in Guizhou will be shortened from about 5 hours to more than one hour.
In May 2018, the Beipanjiang Bridge won the Gustavs Gold Award at the 35th International Bridge Conference. In September 2018, the Beipanjiang Bridge was certified by the Guinness World Records. 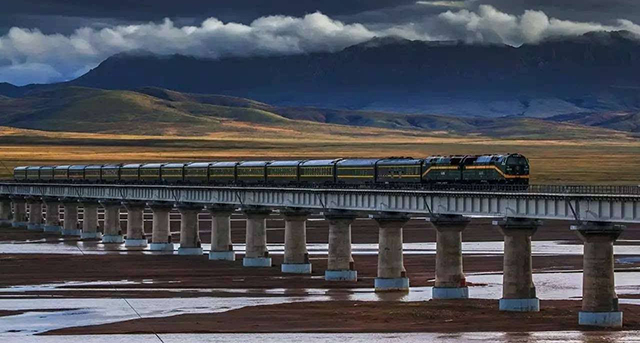 The base has been listed as a key project of the municipal government in successive years. It has been named as “China Logistics Experimental Base” and “China Logistics Demonstration Base” by the China Logistics Purchasing Federation. In 2007, it was rated as “National Logistics” by the Ministry of Personnel and the State The advanced collective of the industry has been rated as the highest grade 3A credit enterprise in the national logistics industry by the State Material Mining Association. In 2008, the base successfully completed the service guarantee work of the Olympic Logistics Center, and was jointly awarded the honorary title of “Advanced Collective of the Beijing Olympics Paralympic Games” by the Municipal Party Committee, the Municipal Government and the Beijing Olympic Organizing Committee. In 2009, it was identified by the China Logistics Association as “China Logistics Industry Research Base”.
Beijing Airport Logistics Base is located in the core area of ​​Beijing’s high-end industrial functional area-Linkong Economic Zone. As the highest area where logistics enterprises gather, it is the best platform for enterprises to set up modern logistics centers and build corporate headquarters. The base has completed the construction of a municipal infrastructure with an “eight links and one leveling” within a range of 1.55 square kilometers. The company has introduced seven world top 500 companies including TNT, Nippon Yusen, and Sumitomo, as well as Sinotrans, Kintetsu, and Jumbo. Well-known logistics companies at home and abroad. 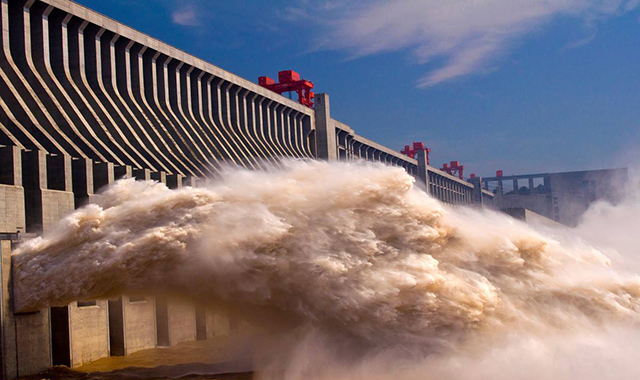 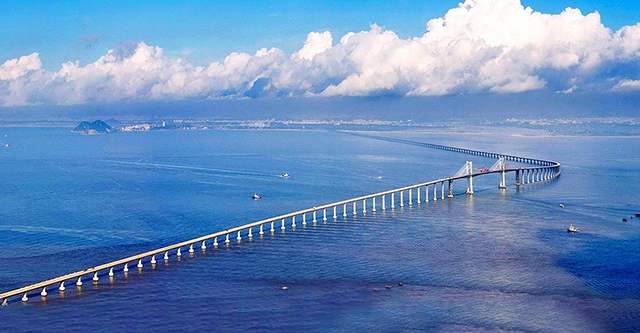 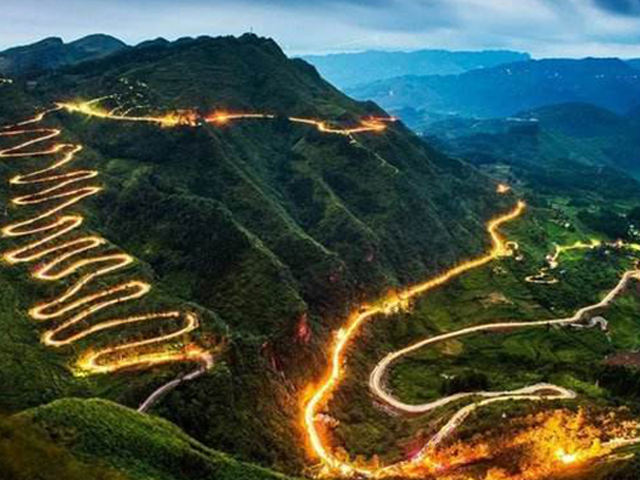 The 11 Most Dangerous Roads In China 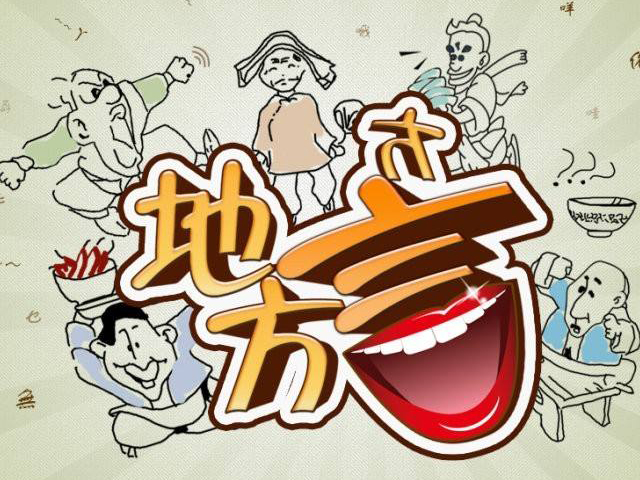