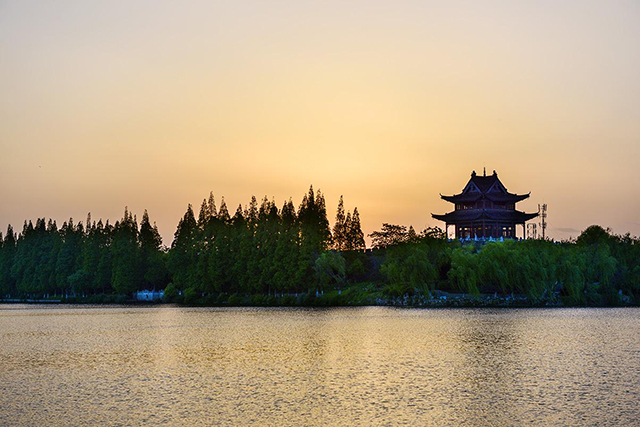 The moat in the world is the most wide in the width of the Xiangyang moat. As early as the Song Dynasty, the average width of the Xiangyang moat was more than 180 meters, and the widest point reached more than 250 meters. It is also because of the protection of the moat, which is known as the first city pool in China. Xiang Yang, who lives in the hinterland of China, defends the Han River. In the Southern Song Dynasty, the anti-gold medalist Yue Fei regarded Xiangyang as “the basics of restoring the Central Plains.” 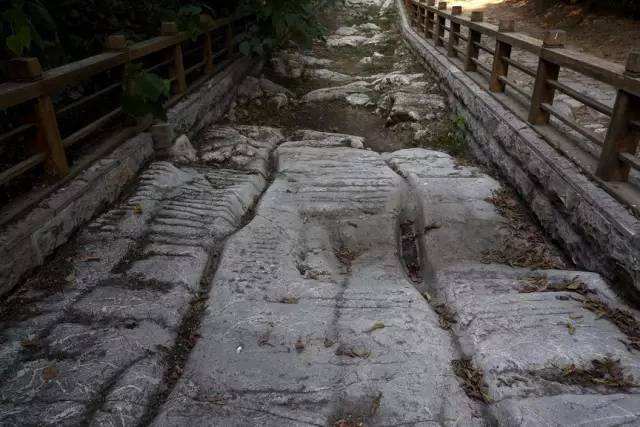 For two thousand years, we have always believed that the car of the Qin Shi Emperor’s car is the same width as the rut. However, the Qin track road found in the mountainous area of Henan today raises a question about the principle of the Qin track and the modern railway. Similar, but also double-track, but it is not a train pulled by a steam locomotive, but a horse-drawn carriage. More than two thousand years ago, China had such advanced transportation facilities, and it had to be amazing. The miracle created by the Emperor Qin Shihuang! The track of Qin Shihuang was not made of iron, but made of wood. The timber texture of the track is hard and has been preserved and preserved, but the sleeper has been decayed. It is obviously not treated with anti-corrosion treatment, and the material is not as hard as the track. But after more than two thousand years, today it can still see its general appearance.

3.The longest-serving water project in the world – Dujiangyan 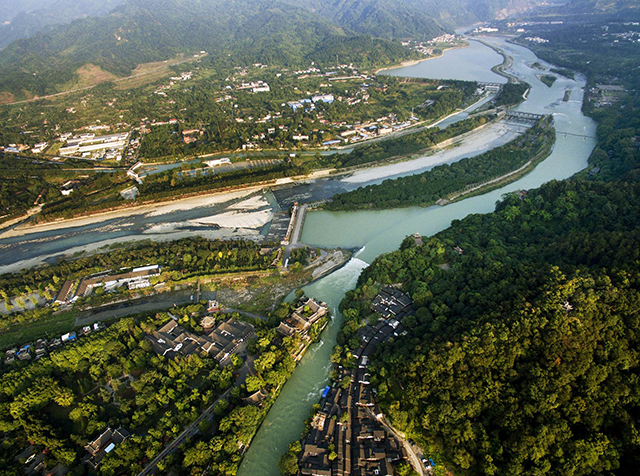 Dujiangyan is located in the west of Dujiangyan City, Chengdu City, Sichuan Province. It is located on the Lijiang River in the western part of the Chengdu Plain. It was a large-scale water conservancy project organized by Li Bing and Li Bing of the county in the 250th BC on the basis of the excavation of the predecessors. , Feisha yan, Baokoukou and other parts. For more than two thousand years, it has been playing the role of flood control and irrigation, making the Chengdu Plain a “land of abundance” from the people and the fertile land, and now the irrigation district has reached more than 30 counties and cities, covering an area of nearly 10 million mu. The longest, only remaining, still in use, and the grand water conservancy project characterized by damless water diversion, condensed the industrious, courageous and intelligent crystallization of the working Han people in ancient China.

Leshan Giant Buddha, also known as Lingyun Buddha, is located at the Lingyun Temple on the east bank of the Nanzhao River in Leshan City, Sichuan Province, at the confluence of the Dadu River, the Qingyi River and the Lancang River. The Buddha is a statue of Maitreya Buddha, with a height of 71 meters. It is the largest stone statue in China. The Leshan Giant Buddha was excavated in the first year of the founding of the Tang Dynasty (713) and completed in the 19th year of the Yuan Dynasty (803), which lasted for about 90 years.

5.The oldest military castle in China – the site of Hailongtun 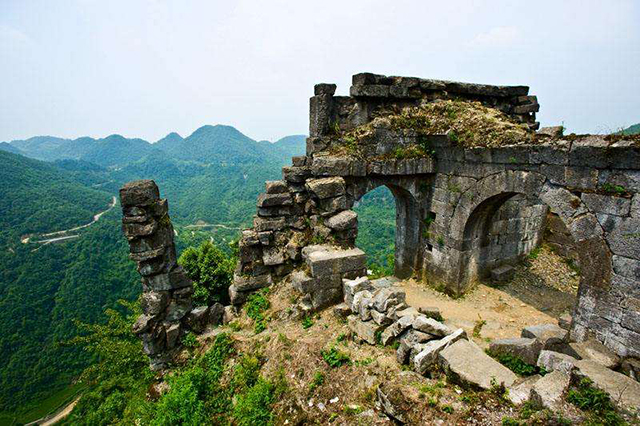 Hailongtun Site is located in Longyan Mountain, Baisha Village, Gaoping Town, Huichuan District, Zunyi City, Guizhou Province, China. It is the oldest, largest and most preserved toast castle ever discovered in China. The Hailongtun site was built in the Tang Dynasty, expanded in the Southern Song Dynasty and the Ming Dynasty, and was later burned in the Ming Dynasty. The Hailongtun site is well-equipped with the surrounding horse farm, chicken pond, guntai slope, and drilling rock site. It is a military system integrating military defense, Yang’s palace, military training and support. It is of great value for studying the military, politics, technology, and crafts of ancient China. 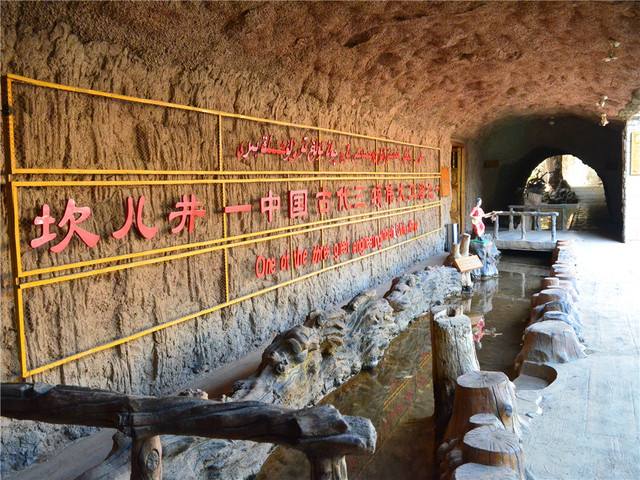 Kaner Well is a special irrigation system in the desert area, which is common in the Turpan area of Xinjiang, China. Kaner Well and the Great Wall and the Grand Canal are also known as the three major projects in ancient China. The total number of Kaner wells in Turpan is more than 1,100 and the total length is about 5,000 kilometers. Kaner Well is a very old-style horizontal water collecting structure for the development and utilization of groundwater. It is suitable for mountain ridges and alluvial fan margins. It is mainly used for intercepting underground diving for farmland irrigation and residential water use. The structure of the Kaner Well is generally composed of shafts, underground channels, ground channels and “dams” (small reservoirs). The Bogda Mountains in the northern Turpan Basin and the Kalawu Mountain in the west have spring and summer seasons. A lot of snow and rain flow down the valley and sneak into the Gobi Desert. People use the slope of the mountain to subtly create the Kaner Well and dig the underground subsurface flow to irrigate the farmland. Kaner Well does not cause a large amount of water to evaporate due to hot and squally winds, so the flow is stable and self-flow irrigation is guaranteed.

7.The longest artificial canal in the world – the Grand Canal 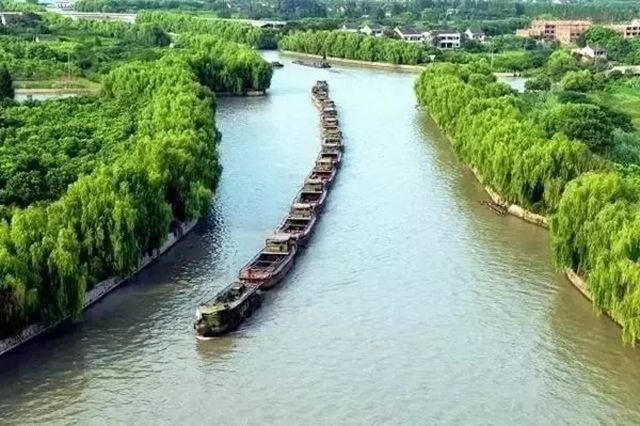 The Beijing-Hangzhou Grand Canal is the oldest canal in the world with the longest history and the largest engineering. It is also one of the oldest canals. It is also known as the Great Great Wall and the Kaner Well. It is called the three great works of ancient China, and it is still used by the working people of ancient China. A great project is one of the symbols of Chinese cultural status. In the Spring and Autumn Period, Wu Guo was cut for the Qiqi State. The Sui Dynasty was greatly expanded and passed through to the capital city of Luoyang and Lianyu County. When the Yuan Dynasty was renovated, it abandoned Luoyang and took it to Beijing. It has been around for more than 2,500 years. In 2002, the Grand Canal was included in the East Route of the South-North Water Transfer Project. 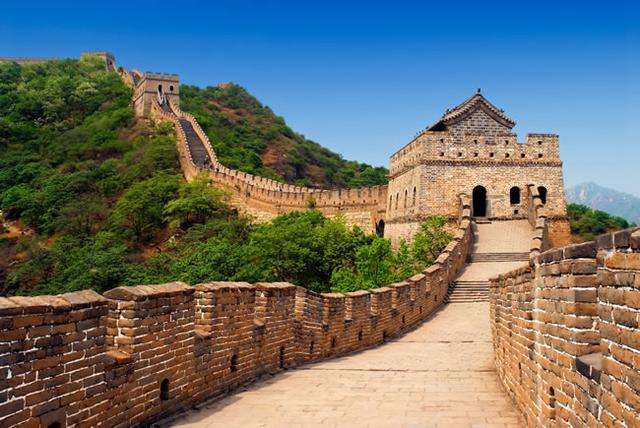 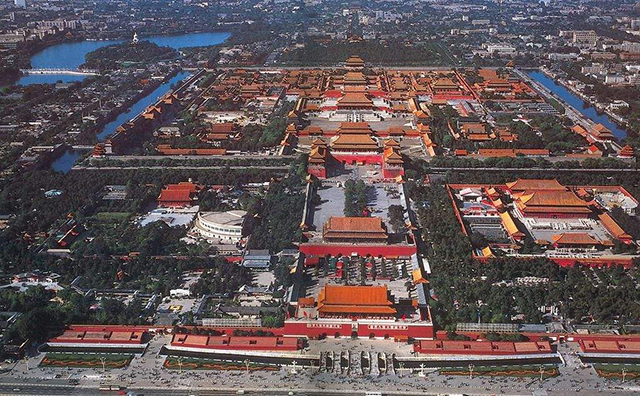 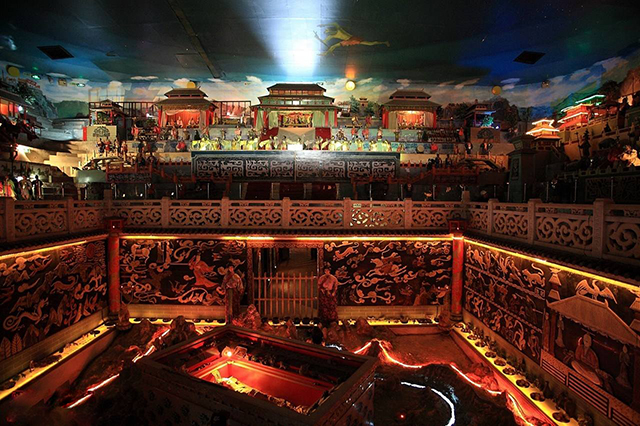 The Mausoleum of the First Qin Emperor was built between 246 BC and 208 BC. It lasted for 39 years and was the first large-scale, well-designed imperial cemetery in Chinese history. The Mausoleum of the First Qin Emperor built two inner and outer cities, symbolizing the imperial city and palace city of the capital. Located in the southern part of the inner city, the tomb is covered with a bucket shape, which is 51 meters high and has a circumference of more than 1,700 meters. According to historical records, there are also various palaces in the Qin Tomb, displaying many exotic treasures. There are a large number of burial pits and tombs with different shapes and different connotations around the Qin Tomb. More than 400 have been discovered. The Mausoleum of the First Qin Emperor is the largest imperial tomb in the world with the most exotic structure and richest connotations.