The port plays an important role in world trade. China is a country with very large foreign trade, so the port is getting bigger and bigger, and it is getting busy and important.The Top 10 Ports in China are these: 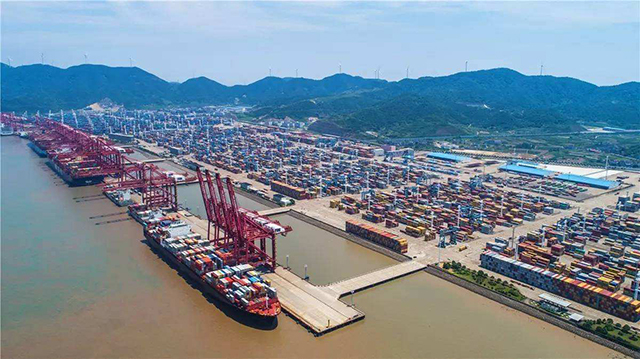 Ningbo Port is the world’s five largest ports, China’s top three ports, of which Ningbo Port is the largest port of China’s cargo throughput, and container throughput ranks the third largest port in the country. The city’s total area of 9365 square kilometers. It is located in Zhedong, the south wing of the Yangtze River Delta, Hangzhou Bay in the north, Shaoxing in the west, Taizhou in the south, and Zhoushan across the sea in the northeast. Zhoushan, formerly known as Dinghai, is known as the “East Sea Fish Warehouse” and the “Footland Fishing Capital”. It is a prefecture-level administrative division with a city set up in the archipelago. It is located in the southeast coast of China, Zhoushan Islands in Zhejiang Province, with fisheries, ports and tourism. Great advantage. Zhoushan is China’s largest production, processing and sales base for seawater products. In 2016, Ningbo Zhoushan Port completed a total container throughput of 21.56 million TEU.

Located at the forefront of the Yangtze River Delta, Shanghai Port is located in the middle of China’s 18,000-kilometer continental coastline and at the mouth of the Yangtze River. The world’s port industry is well-known. It is located at the intersection of the East-West transportation channel and the north-south transportation corridor. It is the main hub port of China’s coastal areas. China is open to the outside world and participates in an important port of the international economic cycle. 99% of Shanghai’s foreign trade materials go in and out through Shanghai Port, and the annual foreign trade throughput accounts for about 20% of the country’s major coastal ports. As a world-famous port, Shanghai Port’s container throughput ranked first in the world in 2013, and cargo throughput ranked second in the world, second only to Ningbo-Zhoushan Port. Container throughput rose 3.33% to 33.47 million cases in the first 11 months of 2015. 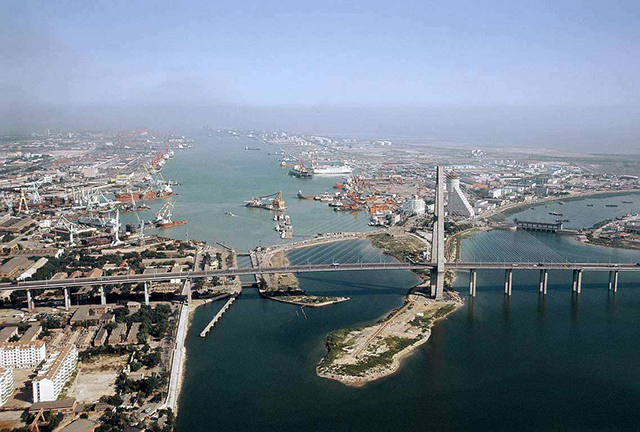 Tianjin Port, also known as Tianjin Xingang (Xingang, China), is located at the mouth of the Haihe River in Tianjin, the People’s Republic of China. It is at the intersection of the Beijing-Tianjin-Hebei urban agglomeration and the Bohai Economic Circle. It is an important comprehensive port and foreign trade in northern China. Port. Tianjin Port is the artificial deep-water port with the highest level of world waterway built on the muddy shoal and built by the landfill. At present, the water depth of the main channel of Tianjin Port has reached 21 meters, which can meet the 300,000-ton crude oil ship and international The most advanced container ships enter and leave the port. On January 1, 2014, China’s first artificially excavated retest channel was officially opened in Tianjin Port. In 2016, the port cargo throughput of Tianjin Port reached 55,124,900 tons. 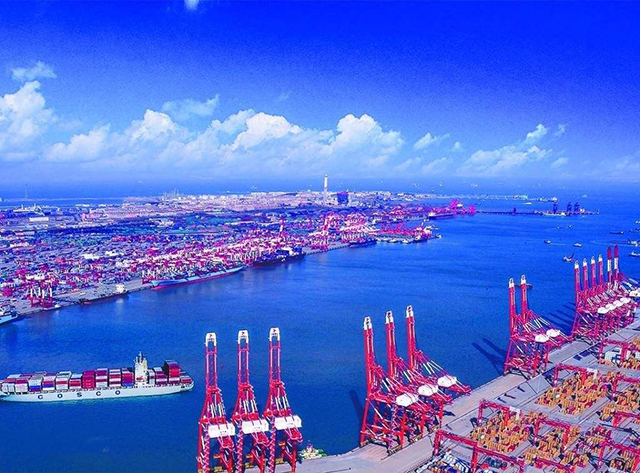 Guangzhou Port is the largest comprehensive hub port in South China. Since the 1930s, Guangzhou has become the main port of the Maritime Silk Road. During the Tang and Song Dynasties, it became China’s largest port and the world’s famous eastern port. In the Ming and Qing Dynasties, Guangzhou became China’s only foreign trade port. It is the only port in the world’s maritime traffic history that has been in existence for more than 2,000 years. It can be called the “long-lasting birthplace of the Maritime Silk Road”. In 2016, Guangzhou Port completed cargo throughput of 544 million tons, up 4.5% year-on-year, ranking first in South China, fourth in domestic coastal ports, and sixth in global ports. Container throughput was 18.86 million TEUs, up 7.0% year-on-year. 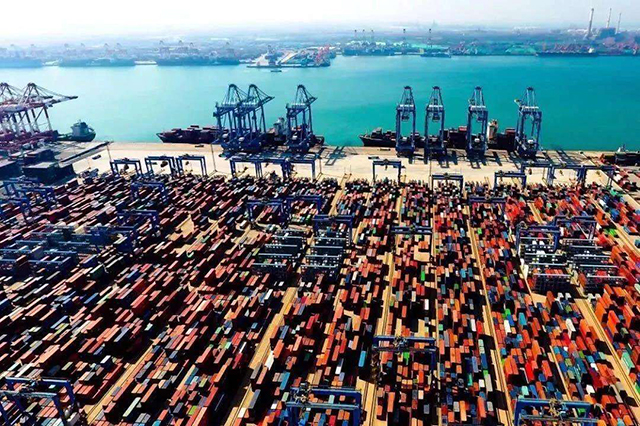 Qingdao Port is located in Jiaozhou Bay on the south bank of the Shandong Peninsula. It was built in 1892 and has a history of 125 years. It is China’s key state-owned enterprise, and China’s second foreign trade billion tons of large ports. It is an important international trade port and maritime transportation hub on the west coast of the Pacific Ocean. The waters in the port are wide and deep, the four seasons are open to navigation, and the harbor and mouth are large. It is a famous and excellent port in China. Qingdao Port consists of four major port areas, namely Qingdao Laogang District, Huangdao Oil Port District, Qianwan New Port Area and Dongjiakou Port Area. All port terminals are connected by rail, and the Jiaozhou Bay high-grade highway is connected with the Jiqing Expressway. In addition to attracting Shandong, the hinterland also undertakes the task of external transportation in North China. In 2016, the cargo throughput of Qingdao Port reached 51,337,400 tons. 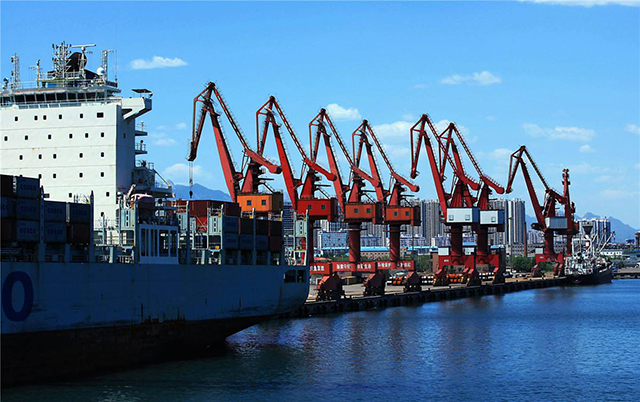 The Suzhou Port is located in the throat zone of the Yangtze River estuary, backed by the economically developed Su, Tin and Chang areas, and adjacent to Shanghai in the southeast. It was built by a group of the first-class open ports Zhangjiagang Port, Changshu Port and Taicang Port. In the emerging ports, the original three ports have become the Zhangjiagang Port Area, Changshu Port Area and Taicang Port Area of Suzhou Port. One of the most important container trunk ports in Jiangsu Province is an important support for the opening up of the Yangtze River Delta. It is an important platform for the development of the middle and upper reaches of the Yangtze River and the development of the western region. It is a combined transport of Jianghai River, domestic and foreign cargo transportation, loading and unloading and warehousing, and multi-functional integration. Sex port. In 2016, Jiangsu port cargo throughput reached 2.41 billion tons. 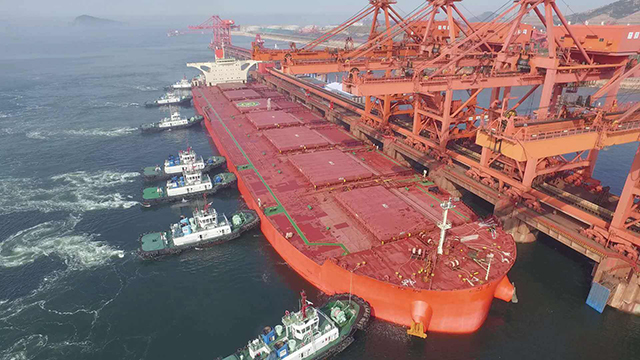 Dalian Port is located in Dalian Bay at the southern end of Liaodong Peninsula. The port is wide and deep, and it is not frozen in winter. The 10,000-ton freighter is unimpeded and is the most important comprehensive foreign trade port in Northeast China. Dalian is the end of the Harbin-Dalian line. It is the economic hinterland of the three northeastern provinces and the gateway to the Northeast. By 2013, Dalian Port was the eighth largest seaport in Ningbo, Zhoushan, Shanghai, Tianjin, Guangzhou, Suzhou, Qingdao and Tangshan. At the same time, the total throughput of goods ranked tenth in the world. Liangang Group has established maritime economic and trade shipping relationships with more than 300 countries and regions in the world and more than 300 ports. It has opened 75 international shipping routes and has become one of China’s major container sea-rail combined transport and sea transit ports. In 2016, Dalian Port completed a cargo throughput of 355 million tons. 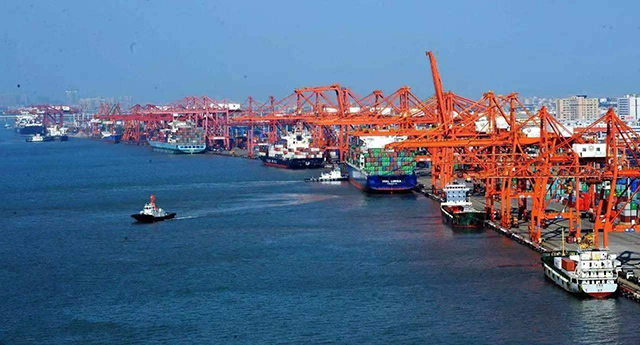 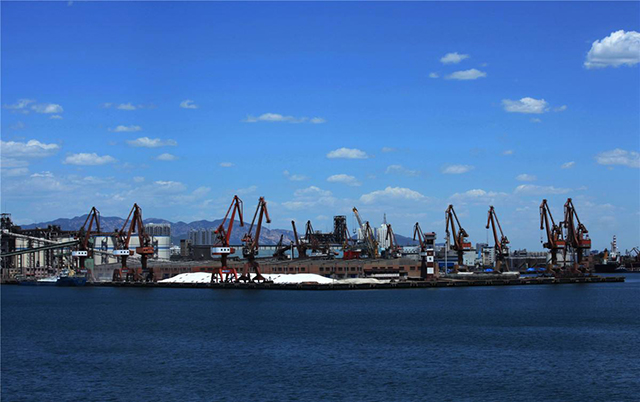 Qinhuangdao Port is located in the coast of the Bohai Sea, the throat of northeast and north China, and is a famous natural non-freezing port in northern China. Here, the coast is tortuous, the port is wide and deep, the weather is calm, the sediment is very small, and the 10,000-ton freighter is free to enter and exit. Qinhuangdao Port is the world’s largest energy export port and an important hub for China’s “Northern Coal and South Transportation” channel. It is responsible for the coal supply of “eight provinces and one city” in southern China. The completion of the third phase of Qinhuangdao Port Coal Terminal has made Qinhuangdao Port the world’s largest energy export port and a comprehensive port with coal and oil output in China. In 2016, the cargo throughput of Qinhuangdao Port reached 18,684,100 tons. 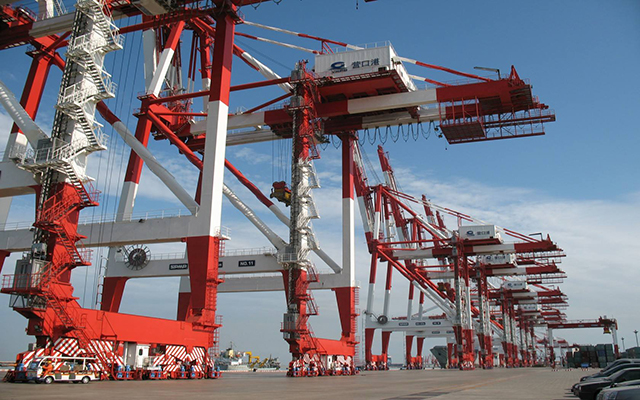