Take “extended railways – new trajectories of tourism and new spaces of imagination”. The theme of the World Tourism Orbital Conference·Cultural 30 People Forum recently held a forum in Shanghai. Not only invited experts and scholars to discuss the development of the “orbital + tourism” industry led by culture, but also voted for the top ten in China. Popular railway tour routes, expecting more tourists to travel by train and enjoy the beautiful mountains and rivers.
The Top 10 Most Beautiful Railway Travel Routes in China are:

This high-speed railway, which took five years to complete, passes through the most important north-south boundary line in China’s geography. It is the first high-speed railway in China that crosses the Qinling Mountains. It is also a series of landscapes combining great beauty and colorful humanities. Most importantly, it connects two food cities, and with this high-speed train, you can eat the two best cities in the country at once. There are 22 stations in Xicheng High-speed Railway. There are 8 stations in Shaanxi Province including Xi’an North, Afanggong Station, Handan Station and Foping Station. There are 14 stations in Sichuan Province including Chaotian Station, Guangyuan Station, Jianmenguan Station and Qingchuan Station. 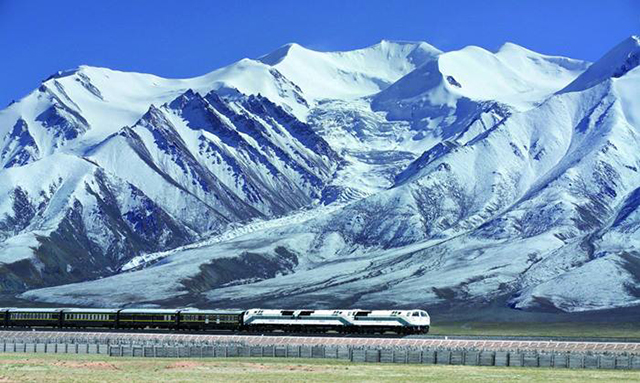 With a total length of 1,956 kilometers, the Qinghai-Tibet Railway is one of the important routes to Tibet. It is also the highest altitude railway in the world with the longest distance on frozen soil. The Qinghai-Tibet Railway starts in Xining City, Qinghai Province, passes through Golmud City, Kunlun Mountain Pass, and Weihe River. It crosses the Tanggula Pass and enters the Tibet Autonomous Region of Anduo, Naqu, Dangxiong and Yangbajing. The end point is Lhasa City, Tibet Autonomous Region, passing through Qinghai Lake. Scenic spots such as Kunlun Mountain, Hoh Xil, Sanjiangyuan and Tibetan Northern Grassland. As the altitude climbs, the scenery is even more magnificent.

4.Lanxin Railway: Across the grasslands of the desert Gobi (Lanzhou-Urumqi) 兰新铁路:从沙漠戈壁的草原的跨越(兰州-乌鲁木齐) 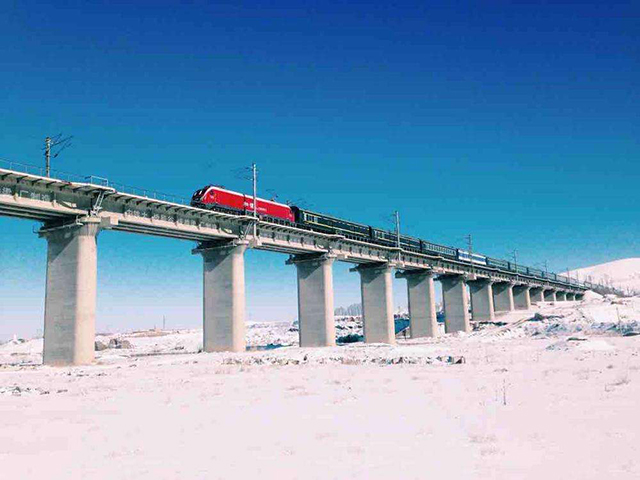 This railway artery across the three provinces of Gansu, Qinghai and Xinjiang in northwest China is very beautiful along the way. Along the railway, there are both the Hexi Corridor with abundant water and grass, and the Gobi Desert without grass. There are both emerging industrial cities and ancient cultures; there are both wilderness and mirage of the mirage.

Jinliwen high-speed rail started in Jinhua, passing Lishui to Wenzhou, and nine stations across the line. Departing from Hangzhou to Wenzhou, it can be reached in 2 hours. The fluent Jiangnan water town, the air-clear terraced hot land, the literary and artistic sketch photography resort, the world’s largest film and television shooting base… Jiangnan’s good mountain and good water good air journey, and thus. 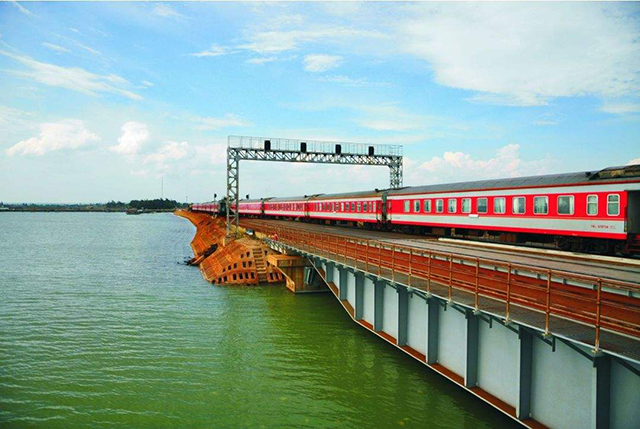 When train lovers come to Hainan to travel, the most important thing to miss is the only cross-sea railway in China, the Guangdong-Haizhou Railway. The Guangdong-Haizhou Railway runs from Zhanjiang, a major town in western Guangdong, to the Leizhou Peninsula, across the Qiongzhou Strait, and directly to Sanya. As the first cross-sea railway in China, it has opened up the natural geographical barrier connecting Hainan Island to the mainland and reintegrated Hainan’s economic construction. In China’s unified development strategy, it has been hailed as “the lifeline of Hainan Island.” Feel the wonderful feeling of “train drifting at sea” on the Guangdong Railway.

The entire line from Dali to Lijiang Railway is about 160 kilometers long and takes about two hours. These two hours of scenery are picturesque scenery, Dali’s wind and snow, Lijiang’s leisurely leisure, as if they are integrated into the warm sunshine along the way. It is close to the Cangshan Erhai Lake and the Yuanyu Yulong Snow Mountain. Looking out from the train window, the entire Cangshan Bohai Sea view from Shimonoseki to Shangguan has a panoramic view. From the blue sky to the clear water, it is the romance of the south of the clouds. 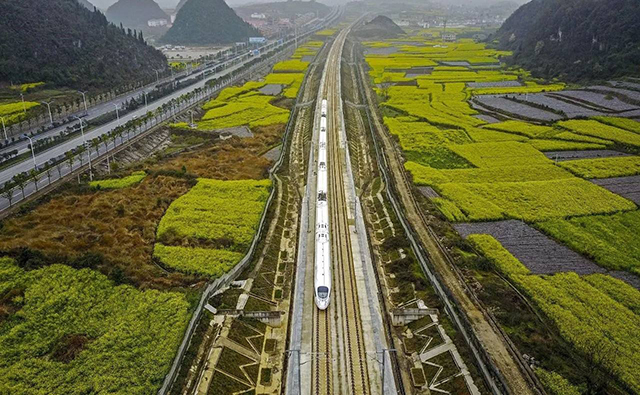 From Shanghai to Kunming, it traverses the entire southern part of China. It is the longest route in China’s east-west route and the highest-speed rail line in the province. It starts from Shanghai in the east and Kunming in the west, passing through six provincial capitals and municipalities including Kunming, Guiyang, Changsha, Nanchang, Hangzhou and Shanghai. On this road, there is the Jiangnan water rhyme of Zhejiang, the Xiangyun smoke of Xiangxi, the Qingxiu mountains of Guangxi, and the idyllic people of the past, the vastness of the rivers and lakes, the atmosphere of the hills. 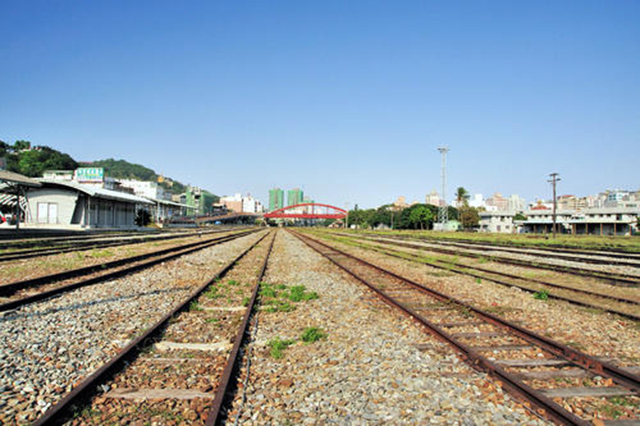 When traveling to Taiwan, almost everyone will go to the Taiwan Railways to play a card, passing through the village garden, passing through the mountain tunnel, passing the blue coastline… The vertical line is the first railway line in Taiwan, and the operation time has exceeded 100 years. It started in Keelung, and as of Kaohsiung, the whole line runs through the western corridor of Taiwan, linking all the major towns in the west. Whether it is a small human station, a slow-speed train, or a small charming town, it is full of ancient meaning and romance. You can experience a deep trip to Baodao through the Taiwanese crossing. 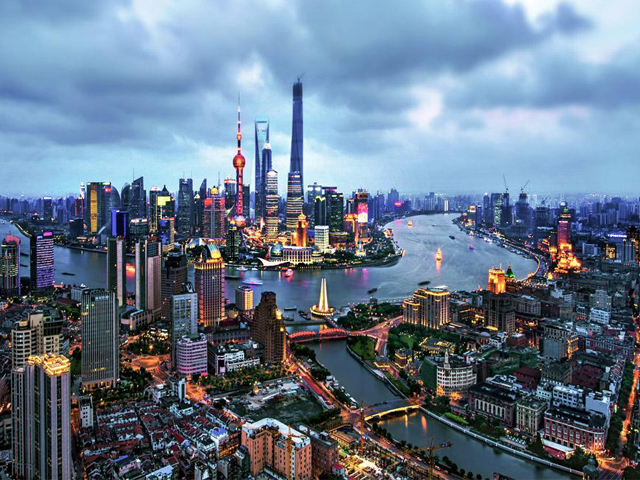 China’s Top 10 Super Cities in The Eyes of Americans