Since ancient times, plum blossoms have been praised by scholars and literati. Her goodness is not only good-looking and floral, but also the spirit of her fearless cold. Today, I took stock of the most beautiful top ten plum gardens in China. Let’s take a look.

Guangzhou Liuxihe National Forest Park is one of the first batch of the country’s top ten forest parks approved by the Ministry of Forestry. The forest is deep and leafy, and its landforms are peculiar. Hundreds of peaks are undulating, heavy, turbulent and turbulent. The park is always green and picturesque: in the spring, the flowers bloom and the mountains are beautiful; the summer rain is abundant, there is the scenery of the mountain “silver diarrhea and jade beads”; the autumn golden wind is cool, the maple leaves are red like fire; the winter Meilin is fragrant, there are The name of “Liu Xi Xiang Xue”. 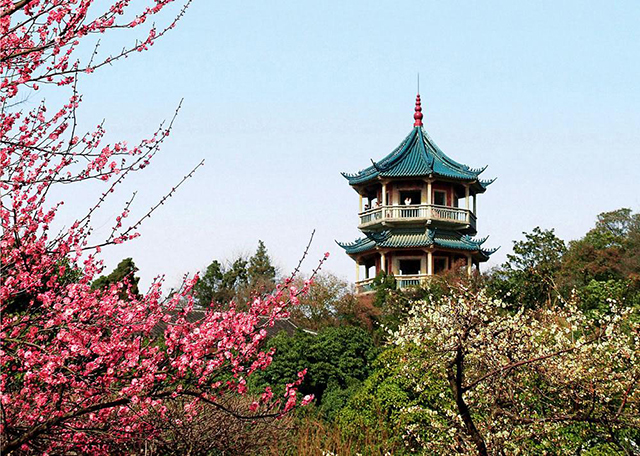 Plum Garden is located on the southern slope of Dongshan and Lushan in the western suburbs of Wuxi. It is 7 kilometers away from the urban area and 1.5 kilometers away from Taihu Lake. It is one of the famous Meimei resorts in the south of the Yangtze River. National AAAA-level tourist scenic spot, national key cultural relics protection unit, national key park. According to the topography of the landscape, combined with the characteristics of Plum Garden, the garden designer is decorated with Meishan Mountain, Yishan Zhimei, Meishan Mountain, and the mountains are beautiful and unique. There are more than 5,500 plants in the park, with a wide variety. There are also scenic spots such as Tianxintai, Xiuxinquan, Qingfenxuan and Zhaoheting. 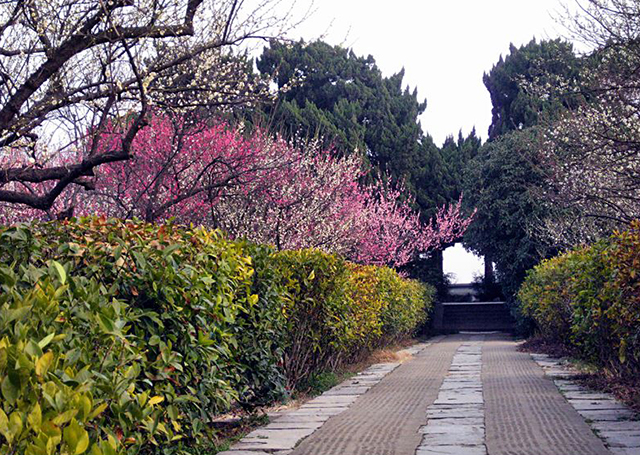 Huashan is located opposite the Ming Xiaoling Mausoleum. It has the reputation of “the first Meishan in the world” and ranks first among the four major plum gardens in China. Today, there are more than 1,533 acres of plum blossoms in Plum Mountain, and there are more than 40,000 plum trees in nearly 400 varieties. It is one of the famous Plum resorts in the country. At the time of the Three Kingdoms, Wu Di Sun Quan and Mrs. Bu was buried here. It was the earliest tomb of the Six Dynasties in Nanjing. The Nanjing International Plum Blossom Festival is held every year, and there are many tourists here. 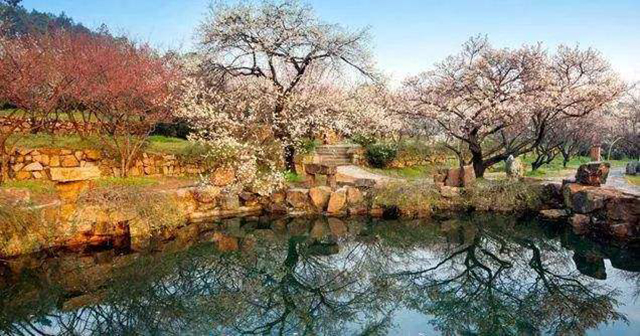 Suzhou Guangfu Plum Garden is located in Guangfu Town, west of Suzhou City, Jiangsu Province. It is the most famous exploration spot in Jiangnan. As far back as the Western Han Dynasty, it began to grow Plum, plum trees into forests, known as the “Shili Xiangxuehai” reputation. There are many varieties of Plum trees in Guangfu Town. The famous species such as “Snow Plum”, “Shou Peach Plum” and “Pig Live Plum” are also popular. The main landscapes in the town are: Guangfu Temple, Guangfu Tower, Situ Gubai, Tianshou. Temple of the Holy Spirit and so on.

Wuhan Moshan Plum Blossom is located in the East Lake Moshan in the eastern suburbs of Wuhan. The Moshan Mountain is close to the lake. The environment is quiet and the scenery is beautiful. There are more than 30,000 plants (pots) of plum trees and plum blossoms, and more than 200 varieties have become the sound of the sea. Inside and outside the resort.

Black Dragon Pool was originally a dragon temple in Lijiang. There were many springs at the temple, and the water was formed into a pool. Because the spring water is like jade, it can reflect the Yulong Snow Mountain, also known as “Yuquan Park.” It is not only the water source of the ancient city of Lijiang, but also the most concentrated place for national cultural relics in Lijiang. The reflections of the snow-capped mountains in Wukong Bridge, Deyue Building, Snow Mountain and Black Dragon Pool form the classic scenery postcard of Lijiang. Black Dragon Pool is the best place to shoot the Jade Dragon Snow Mountain. It is best to shoot in the morning and evening. The snow in this mountain is the best. 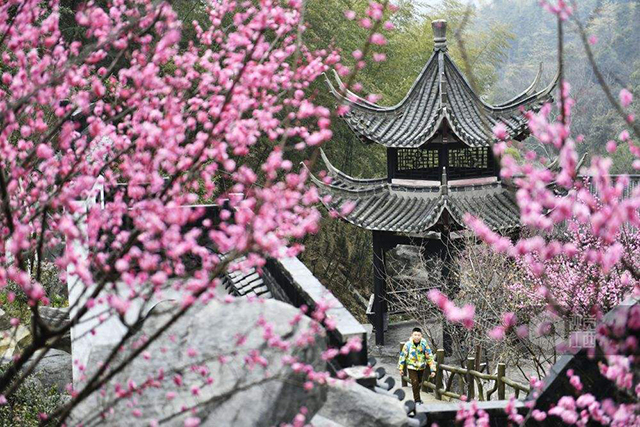 On the Meiguan Ancient Road, the white plum high hanging branches in full bloom in the cold wind, clusters and blossoms, in the winter sun, such as white jade exudes a warm luster. 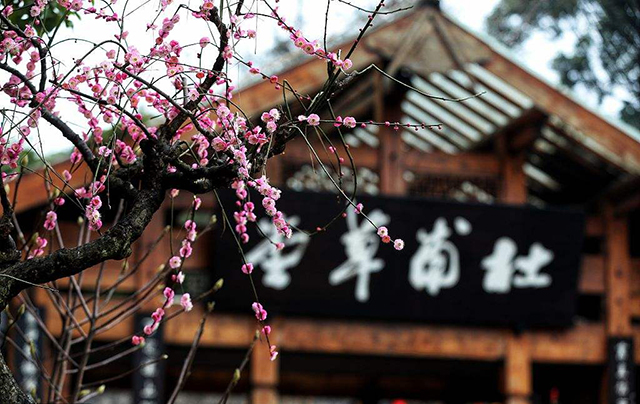 The total area of the cottage is more than 240 acres, and its architecture is Qing Dynasty style. The garden is a very unique “mixed” Chinese classical garden. In the former site of Caotang, Zhaobi, Zhengmen, Daxie, Shishitang, Chaimen, and Gongbu are arranged on a central axis, with symmetrical corridors and other ancillary buildings on both sides. There are flowing waters, small bridges and bamboo trees. It seems to be solemn, simple and elegant, yet quiet and quiet, beautiful and clear.

Dianshan Lake Plum Garden is located in the Dianshan Lake Scenic Area, Qingpu District, Shanghai, 50 kilometers from the urban area. It is a large-scale scenic spot newly built in China in the 1980s. After years of expansion, it has become the largest Plum resort in Shanghai. 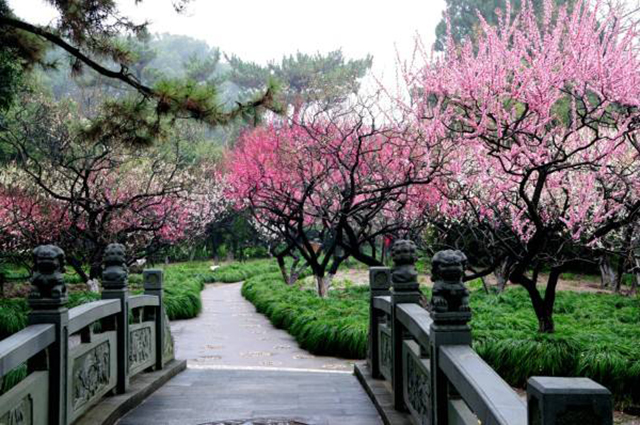 The main attraction of Xinzhuang Park is Huamei Ornamental Garden (Meiyuan), which is made up of tea room, promenade, gate tower and Xiaoxi. It is an elegant and exquisite space. Outdoors, beautiful plums, fine plums and other plum tops, rendering plum blossoms. The re-expanded park further improved the overall function of the Xinzhuang Park, rationally laid out, highlighting the characteristics of plum blossoms, and forming a human landscape suitable for modern needs.