The forest park is a park built with large areas of plantations or natural forests. The Forest Park is a complex that has many functions such as construction, recuperation, and forest management. It is also a scientific and cultural activity that provides various forms of tourism services by using various functions of forests on the premise of protection. Business management area. You can rest in the forest park freely, or you can take a forest bath. These are the ten most beautiful forest parks in China.The Top 10 Most Beautiful Forest Parks in China are these: 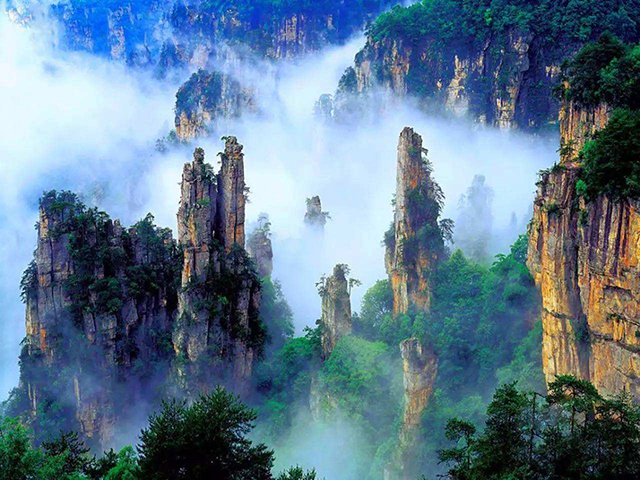 On September 25, 1982, with the approval of the State Council of the People’s Republic of China, the original Zhangjiajie Forest Farm was officially named “Zhangjiajie National Forest Park.” It is the first national forest park established in China. In August 1988, Wulingyuan was included in the second batch of 40 key scenic spots in the country. In 1992, Wulingyuan Natural Scenic Area consisted of three major scenic spots: Zhangjiajie National Forest Park, Suoxiyu Scenic Area and Tianzishan Scenic Area. UNESCO is included in the World Natural Heritage List. Hollywood in the United States went to Zhangjiajie to take photos and photographed them. These photos were taken by the director Cameron and used in the movie “Avatar.” 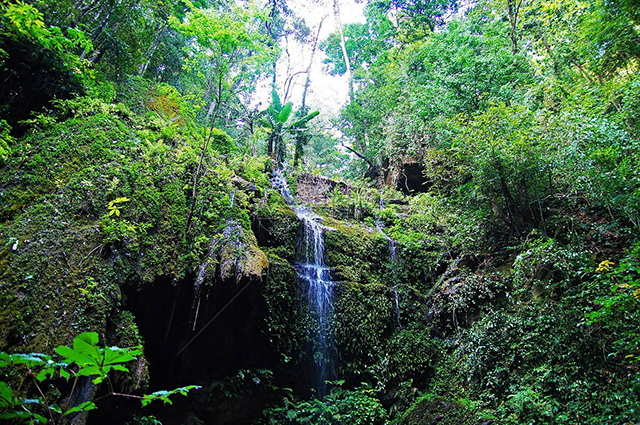 Xishuangbanna Primeval Forest Park is located in the east of Jinghong and north of Minjiang River, 8 kilometers away from the seat of the state. It is the nearest piece of virgin forest in Jingzhou City. It is invested by Zhejiang Jinzhou Group Co., Ltd. with its own funds. It covers an area of 25,000 mu and is one of the largest comprehensive eco-tourism spots in Xishuangbanna. The park blends unique natural forest scenery and charming nationalities. Style. In the park, there is the best preserved tropical gully rainforest south of the Tropic of Cancer, peacock breeding base, monkey domestication base, large ethnic customs show, Ai Zhai, Jiulong Waterfall, Man Shuanglong White Pagoda, 100m granite relief, Jinhu Legend There are more than 50 scenic spots in the top ten scenic spots, such as ethnic barbecues, which highlight the three themes of “primitive forest, wild animals and folk customs”. 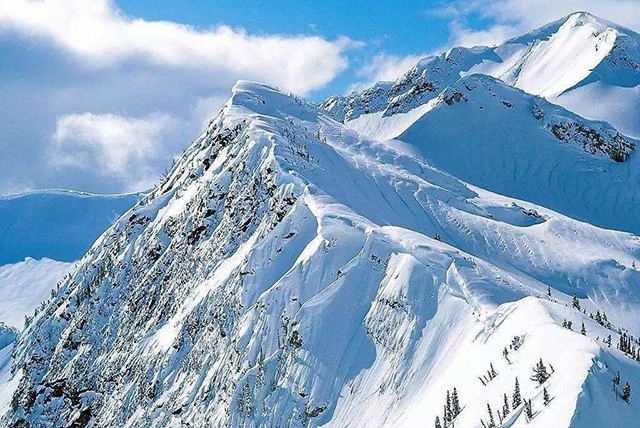 Hailuogou National Forest Park is located in Luding County, Ganzi Tibetan Autonomous Region, Sichuan Province. It is one of the only low-altitude glaciers in the world. In this glacial world of ice and snow, there are dozens of hot springs, and visitors can take a hot spring bath on the glacier. The water temperature is between 40 and 80°C, and there is a boiling spring with a water temperature of up to 90°C. It is amazing to be hot and cold in one place. The glaciers of Hailuogou National Forest Park were formed about 1600 years ago and are called modern glaciers by geology. It is the largest glacier in Gongga Mountain, with a length of 14.2km and a 6km end in the forest belt. It forms a fascinating symmetry between the glacier and the virgin forest. 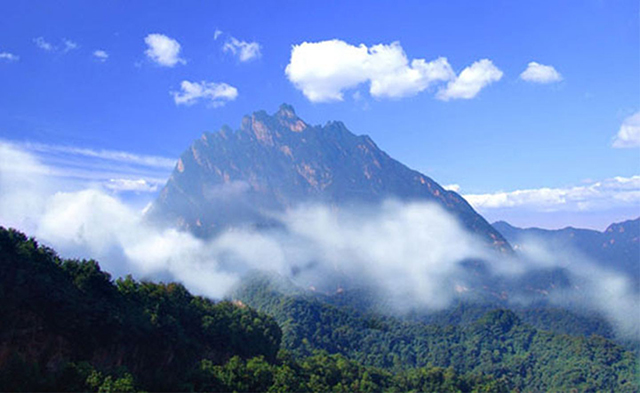 Baiyun Mountain National Forest Park is located in the original forest area of the hinterland of Funiu Mountain in the south of Luan County, Luoyang City, Henan Province, with a total area of 168 square kilometers. It is located in the transition zone from warm temperate zone to subtropical zone, across the Yangtze River, Yellow River and Huaihe River. Baiyun Mountain National Forest Park is known as “the most beautiful place in China.” Here Qifeng is handsome, the white clouds are long, the waterfalls are falling, and the forest is deep. The highest temperature in summer does not exceed 26°C, and the flora and fauna resources are very rich. According to the survey, there are 204 species of animals and 1991 species of plants. The forest coverage rate is over 95%, and it has been praised as “Nature Museum” by experts and scholars. 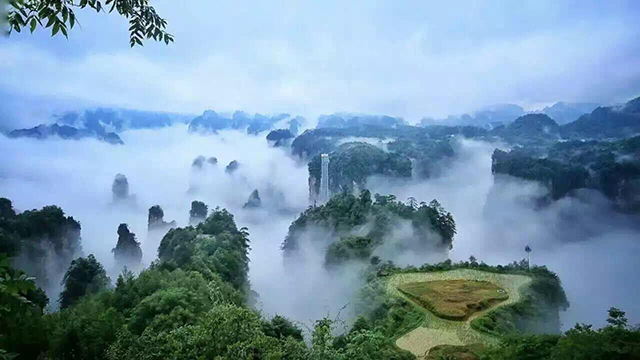 Tianmen Mountain, the soul of Wuling, is 1518.6 meters above sea level. The ancient style is towering, the sky is unique, the cliffs are open, the spectacle is rare, and it has the reputation of the first mountain in Xiangxi. The top part of the mountain is relatively flat, the melting of Qiu stone is covered, the moss is covered with wild vines, and the Qi Shi Xiu Mountain is accompanied by the mountains, which hides the ancient springs and the original sky garden. In 1992, it was approved as a national forest park. It was approved as a World Geopark with the merger of Zhangjiajie National Forest Park. Not only can you appreciate the natural wonders, but you can also feel the magic of human creativity. Tianmen Mountain Cableway is the world’s first long-air high-altitude tourist passenger ropeway. The line is 7455 meters long. It is directly from the city center garden to the sky garden at the top of Tianmen Mountain. It is like a rainbow flying over the “human world” and “the sky”. Spectacular. 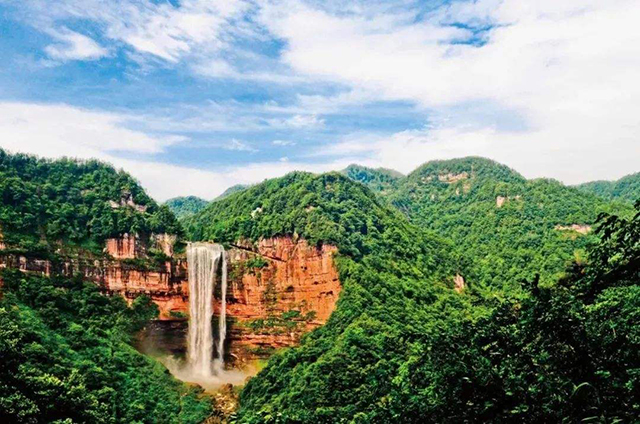 Simian Mountain National Forest Park is located in Jiangjin City, southwest of Chongqing, about 170 kilometers away from Chongqing, 90 kilometers away from Jiangjin City, 106°17’~106°30′ east longitude, and 28°31’~28°46′ north latitude. It is bordered by Guizhou Xishui in the south and adjacent to Hejiang in the west. It is about 20 kilometers wide from east to west and 26 kilometers long from north to south, with a total area of 235.11 square kilometers. The mountains in the mountains are undulating and rolling. The mountains are steep and the peaks are strange. Some cliffs are more than 100 meters wide and hundreds of meters wide. The surface is stained with black iron-manganese colloid and white calcium, which is like a natural picture. 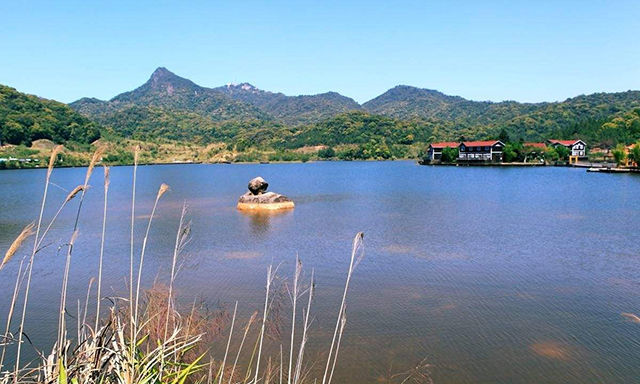 Jianfengling National Forest Park is located in the southwest of Hainan Island, 7 kilometers away from the peak entrance of Yuehai Railway and Huandao Expressway. The total area is 447 square kilometers. With its mysterious tropical rain forest, magical natural landscape, unique climatic conditions, and geographical advantages of mountains and seas, the park has become one of the six major tourist center systems in Hainan. The park has the largest and best-protected pristine rainforest in China. From the coastal to the main peak of 1412 meters, there are seven vegetation types, forming a vertical vegetation spectrum. It has more than 2,800 vascular plants and more than 4,300 animals (including insects). Known as the “tropical northern marginal biological species gene pool.” 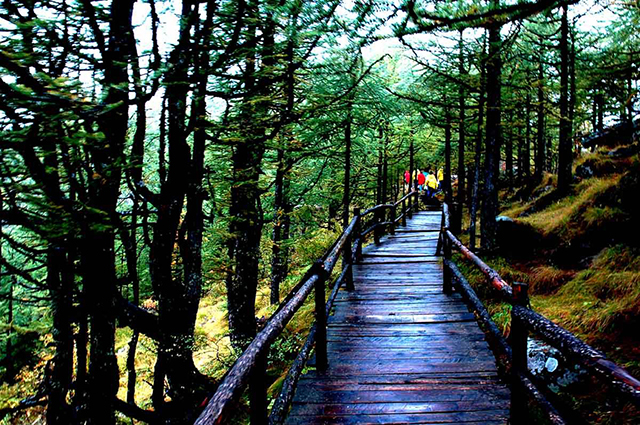 Taibai Mountain National Forest Park is located in Mei County, Baoji City, Shaanxi Province. Taibai Mountain is a nature reserve. The main peak is 3767.2 meters above sea level, and the north gate of the protected area is 1060 meters above sea level. The relative height difference is 2707.20 meters. The protected area is 45 kilometers long from east to west and 34.5 kilometers wide from north to south, with a total area of 56325 hectares. The reserve is a natural botanical garden and a zoo. The ancient trees in the mountains are towering, and there is a saying that there is no grass on the Taibai Mountain. There are more than 1,550 species of plants. The unicorn of Taibai Mountain is rare in the world and extremely rare. Taibai rice and Taibaishen are all superior Chinese medicines. Taibai Mountain has more than 230 species of birds and more than 40 species of mammals. 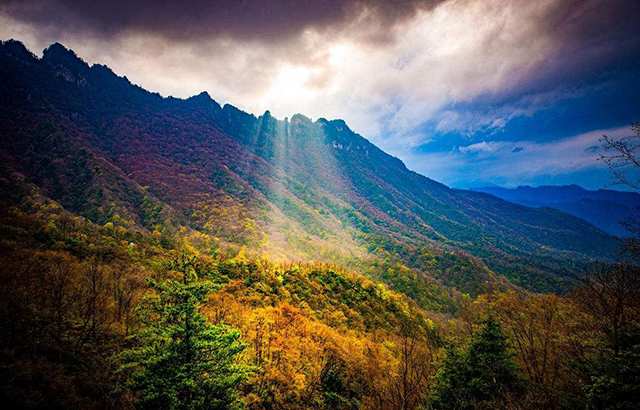 Shennongjia National Forest Park is located in the northwest of Hubei Province. It consists of the marginal areas of Fangxian, Xingshan and Badong. It covers an area of 3,250 square kilometers, with more than 85% of forest land and 69.5% of forest coverage. The area is home to Han and Tujia. Returning to other ethnic groups, the population is nearly 80,000. The highest peak of Shennongjia Shennongding is 3105.4 meters above sea level, the lowest point is 398 meters above sea level, the square is 1700 meters above sea level, and there are 6 peaks above 3,000 meters. It is known as the “Central China Ridge”. It consists of Tianyan Scenic Area and Ancient Rhinoceros Cave Scenic Area. It is based on the original forest scenery, with the legend of Shennong and the simple mountain culture as the connotation. It is composed of Qishu, Qihua, Qidong, Qifeng and Shanmin. In one, it is an original eco-tourism area with the theme of the original Yugu and the exploration of secrets. 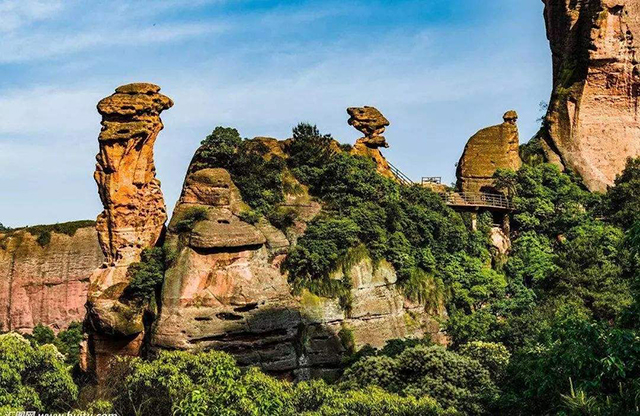 Baotianman National Forest Park is one of China’s 21 world biosphere reserves and the only biosphere reserve in Henan Province. In 1988, the State Council announced it as a national nature reserve. It is located in Nanzhao County, south of Nanyang Basin, in the south of Funiu Mountain in Zhongzhou. It is bordered by Lushan in the north, adjacent to Nanzhao County in the southeast, and bordered by Wanxiang Forest Farm in Neixiang County in the southwest. The total area is 5,400 hectares, including 3,150 hectares in the core area. The protected area is the only preserved intact forest and wildlife type ecological zone in the Central Plains. Baotianman Nature Reserve is at the edge of the transition from the second-level geomorphology to the third-level geomorphology in China. It is the highest mountain extending from the southeast of Funiu Mountain, with an elevation of 1830 meters. There are 2,911 species of protected plants. The unique natural conditions also create an extremely superior living environment for wildlife.