China’s expressway network extends in all directions and traffic is very developed. New highways appear and grow every year. The  Top 10 longest highways in China are these. 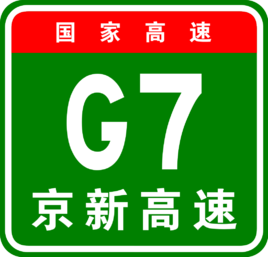 With a total length of 2,540 kilometers, it is currently the longest desert highway in the world. This high-speed is also the highest investment in Asia. Most of it is built on the Gobi. It is very difficult to construct and it took 5 years. Completed and opened to traffic.
The G7 Jingxin Expressway runs through the Northeast, North China, and Northwest China. It is also known as the “Three North Great Highway”. It is one of the seven Beijing radiation lines in the National Highway Network Plan. It is the northwest Xinjiang and Hexi Corridor connecting the capital Beijing and North China. The most convenient roadway in the Northeast and the eastern part of the Mainland is also a new large-scale land route to Xinjiang. It shortens the mileage of Xinjiang-Beijing highway by more than 1,000 kilometers, which can significantly save transportation costs. 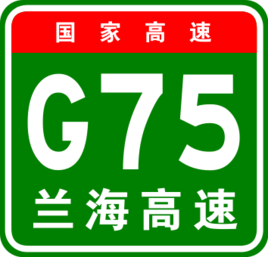 The completion of the Lan-hai Expressway has completely changed the condition of the Lanzhou Expressway. The 2,570-kilometer expressway has cost a total of 3.496 billion.
The southern section of Lanhai Expressway is an important part of Gansu-Haikou Expressway in Gansu Province. It is the southern exit road of Gansu Province, Sichuan Province, Chongqing City, Guizhou Province and other provinces and cities. The Wudu-Guanzigou (Wuguan) expressway was completed and opened to traffic, which enabled the expressway mileage of the province to reach 3,000 kilometers, ending the history of the highway in southern Anhui. 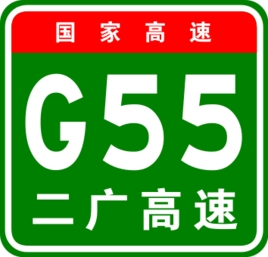 With a total length of 2,685 kilometers, the entire Erguang Expressway has penetrated almost all of China, connecting Inner Mongolia and Guangdong. It plays an important role in stimulating economic linkage between the two places.
The Erguang Expressway passes through six provinces and autonomous regions of Inner Mongolia, Shanxi, Henan, Hubei, Hunan and Guangdong. It is another high-speed artery running through the north and south of China. After completion, it will ease the traffic pressure faced by China, and facilitate the information exchange and personnel exchange between the North and the South, which will be of great significance to China’s economic strategy of building a high-speed China. 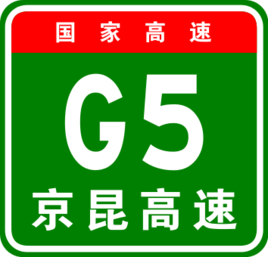 With a total length of 2,865 kilometers, this high-speed construction is to connect Shijiazhuang and Taiyuan. It is the most convenient high-speed line for transportation in Shanxi and Ningxia. Today it is the most important transportation hub in Hebei Province.
The 65-kilometer section of the Shijiazhuang Expressway is a two-lane six-lane design. It is another important high-speed passage connecting Shijiazhuang and Taiyuan. It is connected to the Pingding-Yangqu section of the Jingkun Expressway to the west. It is the central Shanxi and Shaanxi. The most convenient route for the transportation of goods from the north to the north of Ningxia will help to realize the transportation hub strategy of “East-West Union” in Hebei Province. Its completion will greatly ease the pressure on the current collinear line between Jingkun and Qingyin Expressway in Shijiazhuang to Taiyuan.
The completion of the Beijing-Kunming Expressway from Lishui to Beijing has provided a new option for people from Shijiazhuang, Baoding and the west to Beijing, which can effectively alleviate the traffic pressure on the Beijing-Hong Kong-Macau Expressway. In addition, the section is an important transportation hub in the southwestern part of Beijing and the western part of Hebei Province. Its completion and opening up has effectively enhanced the competitive advantage along the line, activated the development potential, and has an important role and significance for accelerating the circulation of industrial and agricultural by-products along the line, promoting the optimal allocation of resources, and driving the development of tourism. It will give Yixian, Laishui, etc. A new engine has been added to the economic and social development along the region.

With a total length of 3,130 kilometers, it is opened to drive the economy of Inner Mongolia and to facilitate tourists from Guangdong to drive to Mongolia. At the same time, it is also the largest part of comprehensive transportation in China. 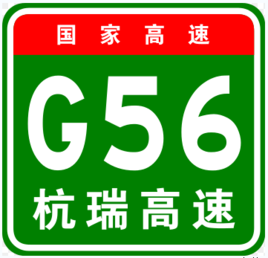 This high-speed highway runs through the whole south, reaching 3,404 kilometers. Starting from Hangzhou, Zhejiang Province, this high-speed speed has shortened the traffic distance between coastal areas and Yunnan. 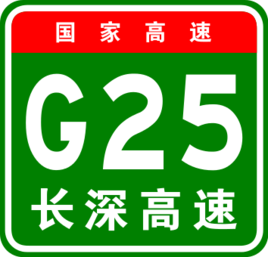 With a total length of 3,580 kilometers, its construction has great significance for both Jilin and Inner Mongolia. At the same time, it has also narrowed the distance between the two and improved the relatively backward traffic conditions in Liaoning.
The Changshen Expressway is of great significance for improving the national highway network and promoting social and economic development along the route.
The completion and opening of the project is not only important for improving the backward transportation situation and developing regional economy in the northern part of Liaoning, but also opening a fast track for entering the sea to the west of Jilin and eastern Inner Mongolia.
The Daling-Shuangliao section of the Changshen Expressway is a section of the Changchun-Shenzhen Expressway in the National Expressway Planning Network and is an important component of Jilin Province’s expressway network planning. This section of the expressway connects the existing Changshen Expressway and Daguang Expressway to the intersection of Dafu, and basically realizes the completion of the Changchun-Shenzhen Expressway. It becomes the second fast gateway to the west of Jilin Province. It is Jilin. The province’s second largest channel into Beijing is 30 kilometers shorter than the Jingha Expressway. 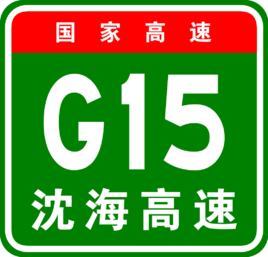 The total length is 3,710 kilometers. It is worth mentioning that this expressway is the earliest highway built in China. It is a high-speed highway that runs through the southeast coast of China. From Liaoning in the northeast to Haikou in Hainan, it is a very high-speed highway. highway.
The completion and renovation of the Shenyang-Dalian Expressway expansion and reconstruction project will further stimulate the spirit and confidence of the Liaoning Provincial People’s Revitalization of the Old Industrial Base of Liaoning, and encourage the people of the province to accelerate the economic and social development under the guidance of the scientific development concept.
The expansion and reconstruction project of Shenda Expressway with international standards and service functions is more fully applied to new technologies, new materials and new technologies. It is a successful practice of scientific development concept in traffic construction and has accumulated valuable experience for the reconstruction and expansion of highways in China. Provides important demonstrations.

Lianyungang-Horgos Expressway, referred to as Lianhuo Expressway, China National Expressway Network No.: G30, is the “fourth horizontal” of the national highway main line “Five Vertical and Seven Horizontal” planned by the Ministry of Transport.
Lianhuo Expressway is a highway connecting Lianyungang City in Jiangsu Province and Khorgos City in Xinjiang. It has a total length of 4,395 kilometers and passes through Jiangsu, Anhui, Henan, Shaanxi, Gansu and Xinjiang.
On December 31, 2014, Lianhuo Expressway was opened to traffic and became an important traffic artery on the National Belt and Road Initiative; it is the longest expressway in China.