China is the hometown of tea. Since ancient times, people have had the habit of drinking tea, and tea culture has a long history. The key to the popularity of famous tea is its distinctive flavor and efficacy. So do you know the top ten green teas in China? 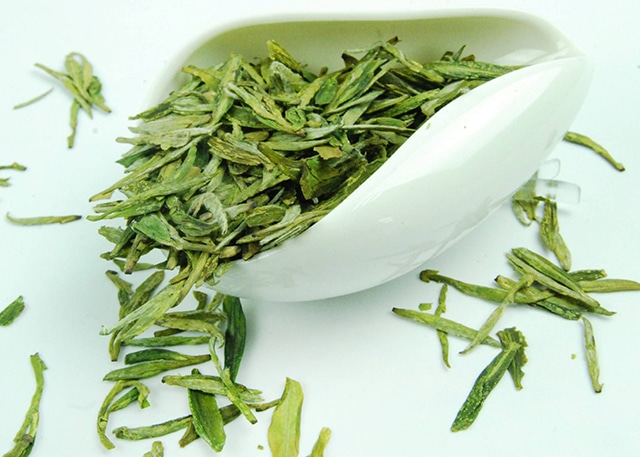 Huangshan Maofeng is produced in the area of Huangshan in Anhui. It is named because of the white tea leaves, bud peaks, and peaks of Huangshan. Drinking this tea has the effects of beauty and beauty, weight loss, and it is very suitable for beautiful women.

Anji white tea is a rising star of Zhejiang famous tea. It is named because it is selected from a tea tree with all white leaves. Even if its output is scarce and expensive due to the influence of natural environment, some people are willing to pay a large price.

Sichuan Emei Zhuyeqing is produced in Qingyin Pavilion, 800-1200 meters above sea level in Emei Mountain. Its appearance is flat and smooth, and its color is beautiful. Thanks to its special growth environment, the tea tastes strong and sweet after the tea is out. Is the best summer heat.

Guizhou Duyun Maojian is named after Chairman Mao and is one of the three famous teas in Guizhou. Its taste is fragrant, and its taste is fresh and strong.

Xinyang Maojian is one of Henan’s famous specialties. It has a unique style of “thin, round, light, straight, multi-pekoe, fragrant, thick, soup green”, and has a variety of effects such as clearing eyesight, removing tiredness and digestion.

Junshan Silver Needle is one of China’s famous teas. It is produced in Junshan in Dongting Lake, Yueyang, Hunan. Because it is as thin as a needle, it is named Junshan Silver Needle. During the brewing of the Junshan Silver Needle, you will see the tip of the bud rushing towards the water surface, hang upright, and then slowly sink to the bottom of the cup, shaped like a silver knife upright.

Lu’an Guapian is a traditional Chinese tea, produced in the Dabie Mountain area of Lu’an City, Anhui Province. It has been dedicated to the court since ancient times. Lu’an Guapian is the only non-sprout and non-stemmed tea among all the tea leaves. It is made from a single leaf. The buds can be removed to maintain a single piece.

Lushan Yunwu Tea is a traditional tea of the Han nationality in China. It is named after it is produced in Lushan, Jiangxi. The flavor of Lushan Yunwu Tea is very unique. Due to the cool and foggy climate of Lushan and the short time of direct sunlight, it has formed the characteristics of thick leaves, no more, and mellow tolerance.

Dongting Biluochun is China’s traditional famous tea. It is produced in the area of Dongting Mountain in Taihu Lake, Wuxian County, Jiangsu Province. After the Dongting Biluochun tea is made into tea, the color is green and bright, and the flavor is strong. After drinking, a slight sweetness will remain in the mouth.

West Lake Longjing was named in the mountains surrounding Longjing Village in Hangzhou. West Lake Longjing is a collective name for this piece of tea. It will be divided into 8 grades according to its shape and internal quality. It is just like West Lake, it is a perfect combination of people, culture and nature, and it is also one of the most representative cultural carriers of West Lake.

What is The Population in China?