China’s long history has created rich culture and customs, and has also formed rich folk art. These ten folk arts are the most far-reaching.The Top 10 Folk Arts in China are these 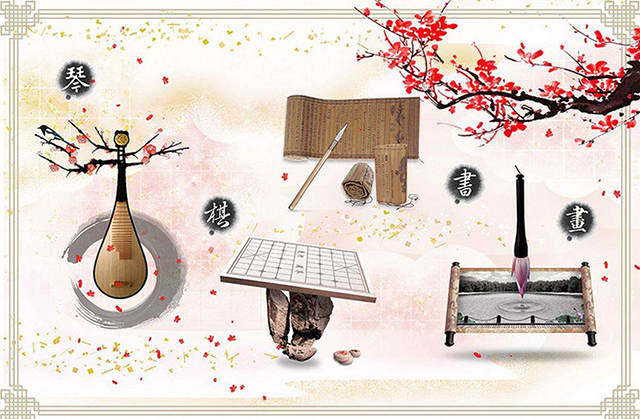 In ancient China, playing the piano (guqin), chess (go), calligraphy (writing brush), painting (national painting) is the skill that must be mastered by the literati sage (including some famous singers), which is called the chess and calligraphy. Guqin is one of the oldest plucked instruments in China. Go is the first in China. Calligraphy is a traditional Chinese art. Ink painting is also unique in China. Therefore, the chess and calligraphy paintings reflect China’s long history and traditional culture. 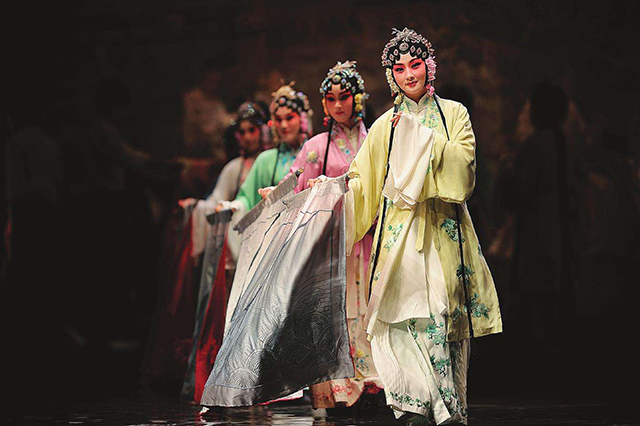 The opera is a traditional Chinese form of drama, and its origin has a long history. According to incomplete statistics, there are more than 370 kinds of opera dramas in various ethnic areas in China, and there are tens of thousands of traditional plays. The most famous famous operas are: Peking Opera, Kunqu Opera, Yue Opera, Henan Opera, Hunan Opera, Cantonese Opera, Qin Opera, Sichuan Opera, Pingju, Jin Opera, Han Opera, Chao Opera, Sui Drama, Sui Opera, Hebei Scorpion, Anqing Huangmei Opera, Hunan Flower Drum Opera, etc. Many dramas, especially Beijing Opera, are the most popular, all over the country, and are not restricted by the region. 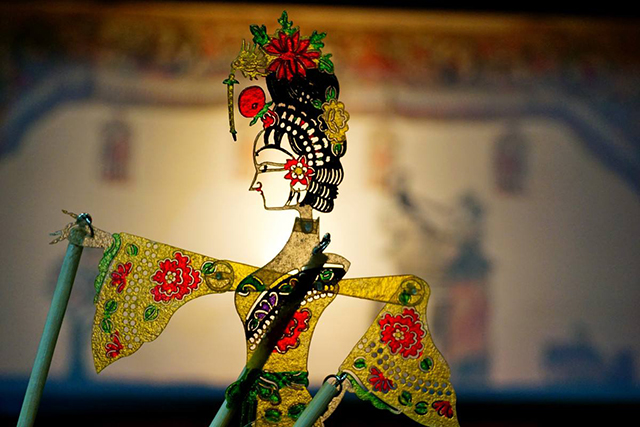 The shadow play originated from Shaanxi in the Western Han Dynasty in China. It has a history of more than a thousand years. It is the earliest activity in the world to be dubbed by people. Some people think that the shadow play is the modern “film ancestor”. In China, many local opera dramas are derived from the shadow play, and the shadow play performance and the performing arts means used in the shadow play play an important leading role in the invention of modern movies and the development of modern film art films. . It can be seen that the shadow art has high artistic value in China and the world. 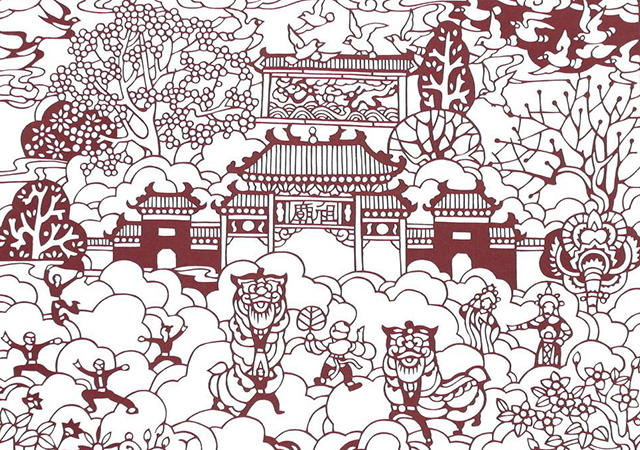 Paper-cutting is one of the most popular folk decorative arts in China and has a long history. Paper-cutting can be seen everywhere in the country, and even different styles of style are formed. Paper-cutting not only expresses the aesthetic hobbies of the masses, but also contains the profound psychology of the nation, and is also one of the most distinctive folk arts in China. Its modeling characteristics are especially worthy of study. Folk paper-cutting has a comprehensive, beautifying and auspicious character in its expression. At the same time, folk paper-cutting uses its own specific expression language to convey the connotation and essence of traditional culture. 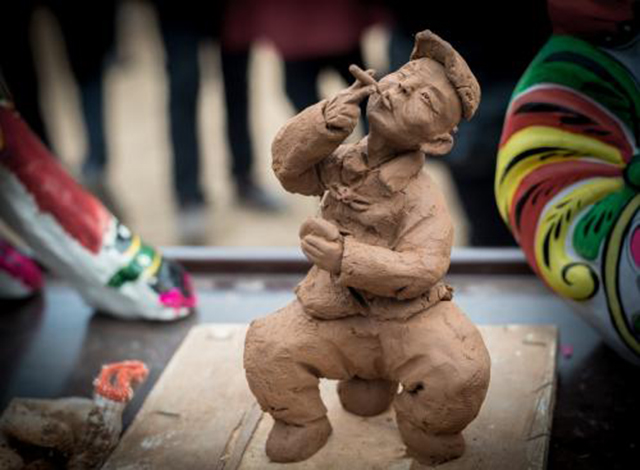 Clay sculpture art is an ancient folk art in China. It uses clay as the raw material, and is hand-kneaded into shape, or plain or colored, mainly for characters and animals. China’s clay sculpture art can be traced back to the Neolithic period dating from 4,000 to 10,000 years ago. There are many discoveries in prehistoric cultural underground archaeology. The most famous Chinese clay sculpture art is Tianjin “Clay Man Zhang”, Wuxi Huishan clay figurine, and Dunhuang Grottoes. Today, clay sculpture art is a concrete portrayal of people’s pursuit of returning to the truth. 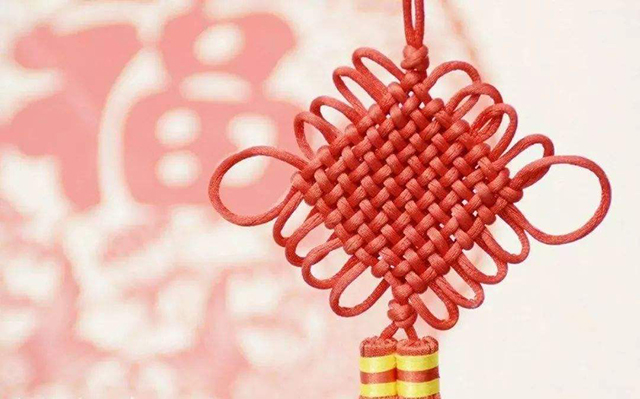 The weaving process has a long history in China. There have been exquisite weaving articles in the Liao Dynasty more than a thousand years ago. After the Qing Dynasty, it was covered in various fields of life. Its woven materials are various, including wicker, rattan, sorghum, straw, bamboo, rope, metal and so on. In fact, the Chinese knot is a unique folk hand-knotted ornament in China. It began with the knots of the ancient ancestors. It is a traditional auspicious ornament with unique shapes, colorful and rich connotations. 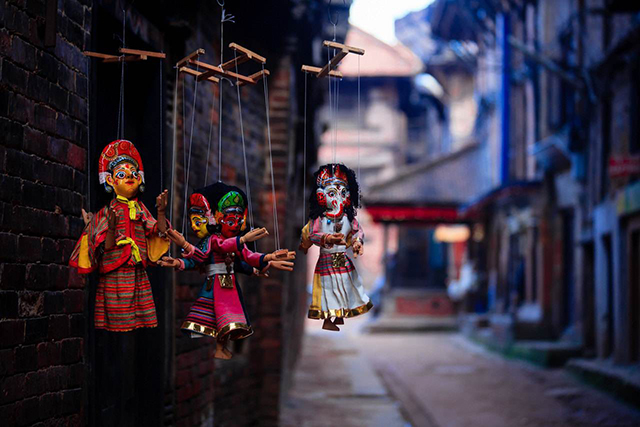 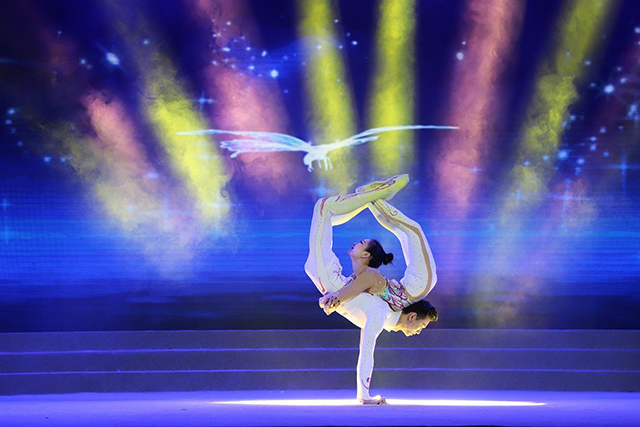 Around the Neolithic Age, Chinese acrobatics were already sprouting. The Han Dynasty was the formation and growth stage of Chinese acrobatics. The Han Dynasty’s corners quickly enriched the content, increased the variety, and improved the skills. Finally, in the Eastern Han Dynasty, a new variety of performing arts with acrobatics as the center was formed. The hundred plays system. Chinese acrobatics have strict introversion, and each skill is passed down from generation to generation. At the same time, there are regionalities. For example, Wuqiao County in Hebei Province in northern China is a famous hometown of acrobatics. The acrobatic artists respect the teacher and the art, and the skills passed down to the ancestors are always saved and passed on. 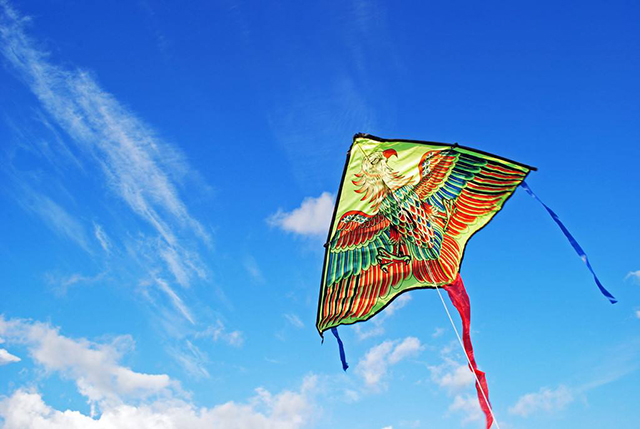 The kite was invented by the Chinese. It was said that the ink was made of wood and made of wood. It was developed for three years. It was the earliest origin of kites. Later, the student Luban used bamboo to improve the kite material of the ink, and evolved into today’s multi-line. kite. Today, our kite-flying activities play an important role in foreign cultural exchanges, strengthening friendship with the people of the world, and developing the economy and tourism. Every year, Weifang in Shandong holds a kite festival. 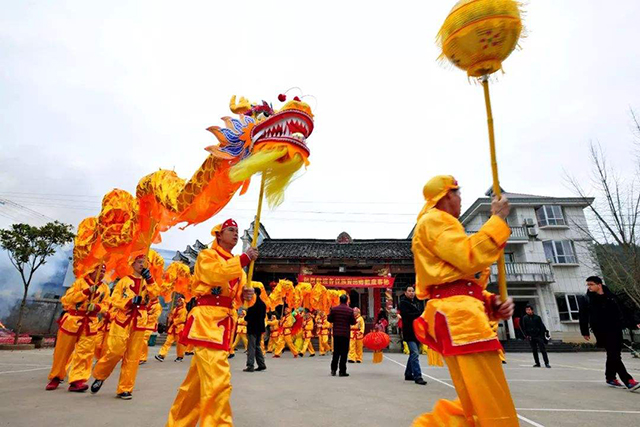 The dragon and lion dance is an excellent folk art in China. Every time the Lantern Festival or the gathering celebration, the folks come to help the dragon and the lion dance. This custom originated in the Three Kingdoms period and became popular in the Northern and Southern Dynasties. It has a history of more than a thousand years. Chinese folk traditions believe that dragon and lion dance can exorcise evil spirits. Therefore, every festive festival, such as the new Zhang Qingdian, the Spring Festival, etc., all like to play drums and dance dragons and lions to celebrate.