China is a big country of food culture. Not only is there a wide variety of foods, but its taste is also changing due to its geographical location. Therefore, in China, there are ten famous dishes, all of which are classic dishes produced by different regions.The Top 10 Famous Dishes in China are these: 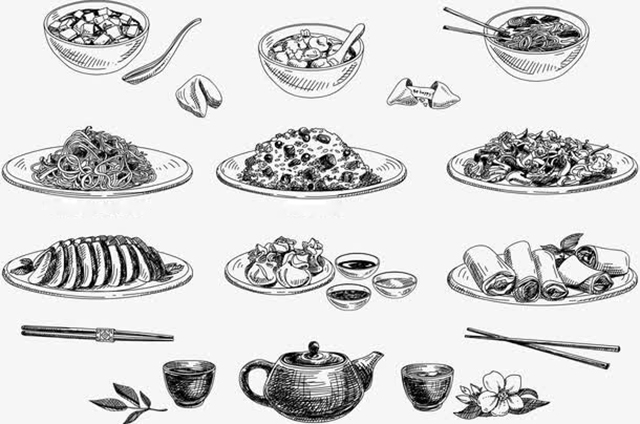 Roast duck is a famous dish in Beijing with a world-famous reputation. It originated from the Southern and Northern Dynasties of China and was a court food at that time. The material used is high quality meat duck, Beijing duck, fruit charcoal fire grilled, ruddy color, fleshy fat but not greasy, crisp outside and tender. Beijing Roast Duck is divided into two major schools, and Beijing’s most famous roast duck restaurant is also the representative of the two factions. It is known as “the world’s delicious” with its bright color, delicate meat, mellow taste and fat but not greasy.

Sauteed tofu in hot and spicy sauce, one of the traditional dishes of Sichuan Province, belongs to Sichuan cuisine. The main raw materials are ingredients and tofu. The main materials are tofu, beef (or pork), pepper and pepper. Hemp comes from pepper and spicy comes from pepper. This dish highlights the characteristics of Sichuan cuisine. Its unique taste and smooth taste.

Feilong Soup, also known as the pheasant, is one of the famous dishes of Heilongjiang Province. It belongs to Longjiang cuisine and is produced in Xing’an Mountains. Feilong soup is to remove the viscera from the broiler and then cook it with broth. There is no need to put any seasoning in the soup to maintain the original flavor of the soup. Feilong soup is delicious and nutritious, and is suitable for use as a nourishing soup.

Wuwei Duck is also known as Wuwei Smoked Duck. It is a traditional famous food in Wuwei County of Anhui Province. It was founded in the Qing Dynasty. Taking Chaohu Ma duck as raw material, it is made with about 30 kinds of traditional Chinese medicines and seasonings such as star anise, pepper, clove and cumin.

It is a traditional dish in Hunan Province and belongs to Hunan cuisine. It is made from steamed pork, waxed chicken, bacon, chicken soup and seasoning. The method is simple, its waxy fragrance is strong, salty and sweet, palatable, flexible and not greasy. It has the effects of appetizing, cold, and digestion.

Spicy chicken is a classic traditional dish in the Sichuan-Yunnan region. It is usually made from whole chicken, with onion, dried chili, pepper, salt, pepper, MSG and other materials. Although it is the same dish, it has its own characteristics.
Spicy chickens have different characteristics due to different production methods in different places, and are very popular among people everywhere. This dish has a bright brown color and a spicy taste.

Dong’an Chicken is also known as Guanbao Chicken. It is a traditional local dish and belongs to Xiang cuisine. It was made by using Dong’an new hen, hence the name. Dong’an chicken is a red, white, green and yellow dish. The chicken is tender and tender, and the taste is sour and spicy.
This dish has been included in the list of the four traditional Hunan dishes of the 2010 Shanghai World Expo. The production steps are roughly as follows: the chicken is slaughtered and then boiled in a stockpot. When it is ripe, it is taken out to be cool and cut into small strips. Put the oil in the wok to 80% heat, stir fry the chicken strips, ginger, vinegar, pepper, etc., then put the fresh broth and broth until the soup is dried, put the onion, sesame oil, etc., and serve in a pan.

Steamed Wuchang Fish is a traditional dish in Hubei Province. When cooking, it is usually made from fresh Wuchang fish, with mushrooms and winter bamboo shoots, and seasoned with chicken clear soup. The taste is smooth and tender, and the fragrance is delicious.