China’s top ten ancient roads are famous in China with 10 outdoor adventures and rich historical connotations. They are gradually excavated and sorted out by professional outdoor people based on decades of exploration.The Top 10 Famous Ancient Roads in China are these: 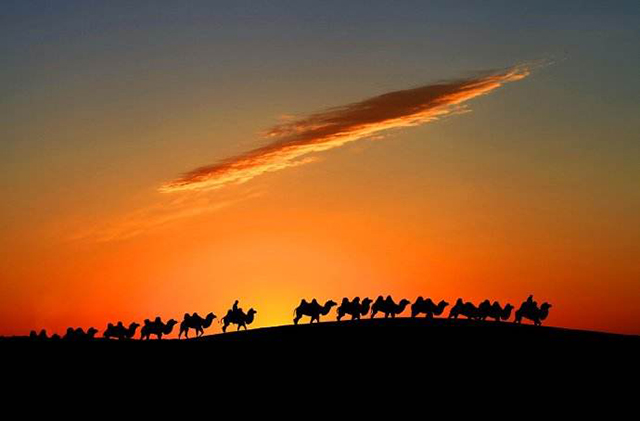 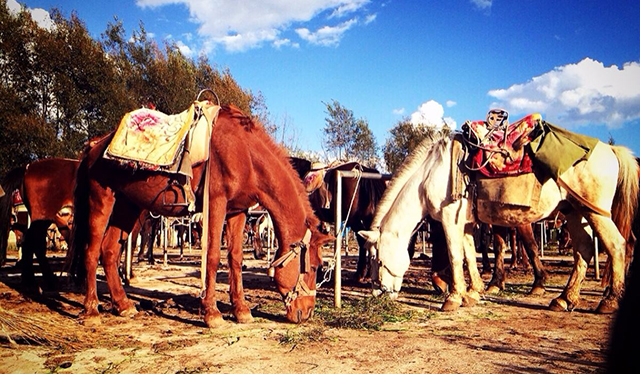 The ancient Tea Horse Road is mainly in southwest China. Tibetans like to drink butter tea, but the areas where they live do not produce tea, so they use their own good horses to exchange with people from Yunnan, Sichuan, and the mainland and neighboring countries. Thousands of years later, a series of international trade routes with thousands of kilometers and more, with the caravan as the main means of transportation and a variety of goods interchanged. There are many dry branches in the ancient tea-horse road. The main trunk lines are Sichuan and Tibet, and there are two branches. There are many branches.
The ancient tea-horse road refers to the folk international trade channel that exists in the southwestern part of China and uses the caravan as the main means of transportation. It is the corridor for the economic and cultural exchanges between the southwestern Chinese nation. The ancient tea-horse road is a very special geographical title and a natural scenery in the world. The most spectacular, culturally mysterious tourist destination line, it contains endless cultural heritage.
The ancient tea-horse road originated from the tea-and-horse trade in the ancient southwestern frontier. It flourished in the Tang and Song Dynasties and flourished in the Ming and Qing Dynasties. It flourished in the middle and late World War II. The ancient tea-horse road is divided into Sichuan-Tibet and Qiang-Tibet, connecting Sichuan and Yunnan, and extending into Bhutan, Nepal and India until the Red Sea coast of West Asia and West Africa.
The Chuanzang Tea Horse Trail began in the Tang Dynasty. It started from the Ya’an side tea producing area in Ya’an, passing the arrow furnace (now Kangding), west to Tibet Lhasa, and finally to Bhutan, Nepal and India, with a total length of nearly 4,000 kilometers. It has a history of more than 1,300 years and has a profound historical heritage and cultural heritage. It is an indispensable bridge and link between ancient Tibet and the mainland.
The ancient tea-horse road was formed in the late sixth century. It originated from Simao and Pu’er in the main tea-producing areas of Yunnan in the south. It passed through today’s Dali Bai Autonomous Prefecture and Lijiang City and Shangri-La to enter Tibet and directly to Lhasa. Some have also re-exported from India to India and Nepal, which is an important trade channel between ancient China and South Asia. Pu’er is a unique commodity origin and transit distribution center on the ancient tea-horse road. It has a long history. 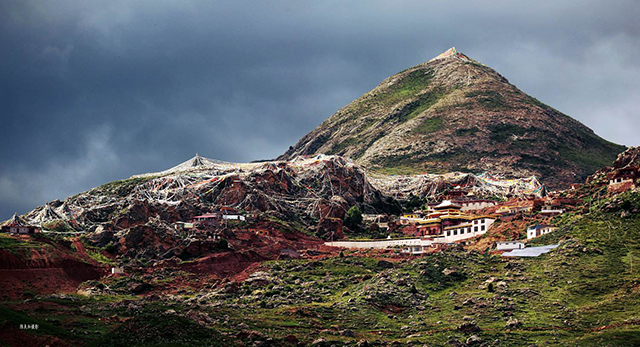 Tang Bo Ancient Road has been very famous since ancient times. It has a history of more than 1,300 years. It started from Xi’an (namely, ancient Chang’an) in Shaanxi, passing through Gansu and Qinghai, crossing the western part of China, crossing the world-famous roof of the world, and finally reaching Lhasa in Tibet. It is more than 3,000 kilometers long. It is the only way for the Central Plains to travel to Qinghai, Tibet, Nepal, India and other countries since the Tang Dynasty. The Tang Bo Trail is inextricably linked with the Silk Road and the Ancient Tea Horse Road. However, the most interesting thing is the historical story of Princess Wencheng and Songtsan Gambo, which are closely linked to the Tibetan and Han people. 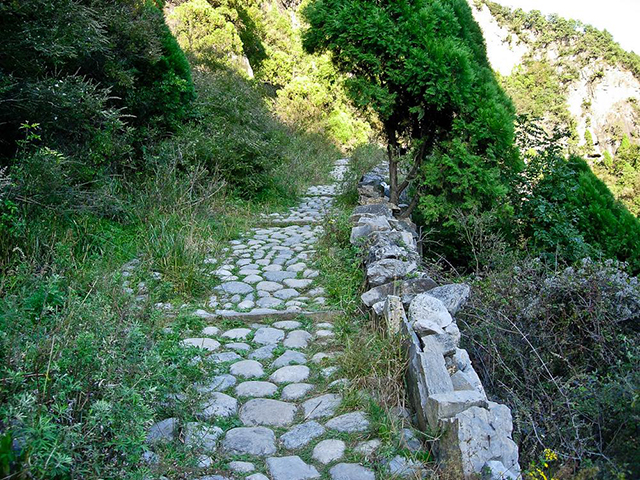 Taihang Mountain stands between Beijing, Hebei, Shanxi and Henan provinces and stretches over 400 kilometers. It is the main road for the North China Plain to enter the Shanxi Plateau and an important mountain and geographical boundary in eastern China. There are many east-west valleys in Taihang Mountain. There are eight famous ones. They are called Taihang Gossip, which are Jundu, Puyin, Feihu, Jingjing, Qikou, Bailu, Taihang and Shaoguan. In ancient times, due to people’s conditions, there was no way to build tunnels, winding roads, etc. The mountain roads were built in the valleys and rivers, so the Taihang gossip became an important military and commercial passage at that time. 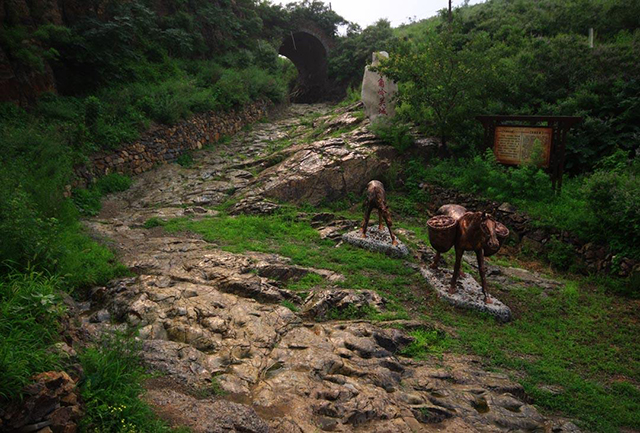 The mountainous area in western Beijing belongs to the Taihang Mountains, with an area of about 3,000 square kilometers, collectively known as Xishan. Among the rolling hills, there are dozens of ancient roads hidden in each other, interlaced into a network, which can be collectively referred to as the “Jingxi Ancient Road.” According to the specific use of these ancient roads, they can be divided into three categories: ancient commercial roads, antique roads and ancient military roads. It is especially worthwhile for us to stop and save the better cliff carvings and hoofs along the way. 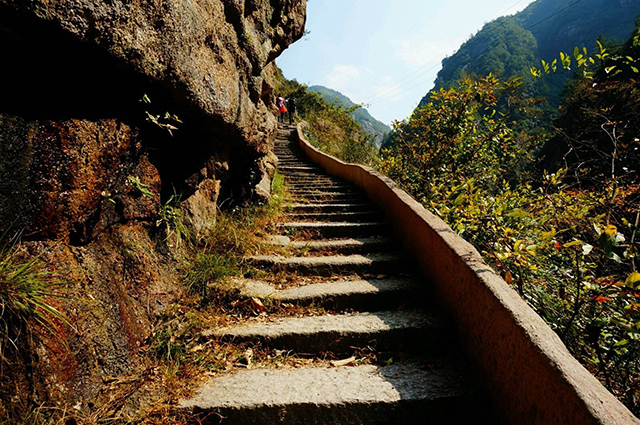 The Huihang Ancient Road is a mountain road that Chinese outdoor enthusiasts like to walk and save and develop. It starts from Fuling Town, Jixi County, Huizhou, east to Maxiao Township, Lin’an City, Zhejiang Province, north to Huangshan Mountain, and south to Tianmu Mountain, with a total length of 25 kilometers. It is a section of Huizhou people who have been trafficking salt, tea and mountain goods since ancient times. A road full of wind and frost. According to historical records, this ancient road was built in the Tang Dynasty. It was an important link between Huizhou and Hangzhou in ancient times. It was also an important channel for exchange trade between Huizhou merchants and Zhejiang merchants in history. 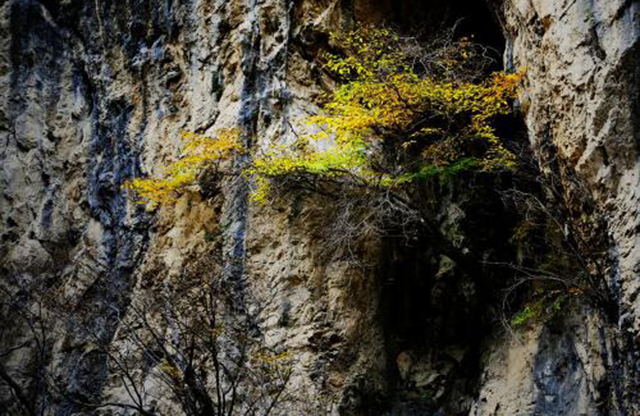 The Qinling Mountains rise from the south of Gansu Province to the west of Henan Province through the southwestern part of Shaanxi Province. The main body is located at the junction of the southern part of Shaanxi Province and the northern part of Sichuan Province. It is east-west and about 1,500 kilometers long. It is an important geographical boundary between China’s north and south. Before the Shang and Zhou Dynasties, there were ramps from Chang’an to the Qinling Mountains to the south of Shaanxi and Sichuan. The main ones were Meridian Road, Skeleton Road, Luoluo Road and Chencang Road. The famous Jianmen Shu Road and Yinping Ancient Road point to this area. These ancient roads have played an important role in ancient politics, military and economic aspects. 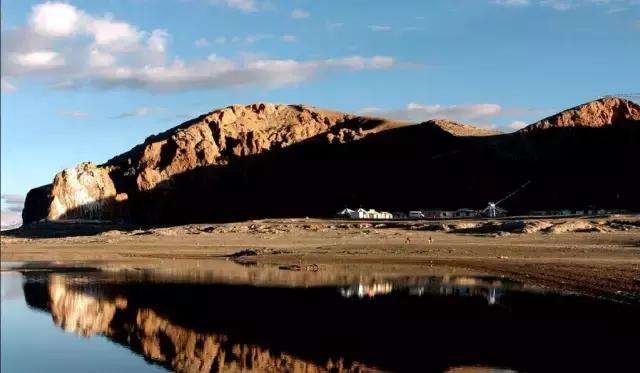 The ancient road is the end of the 5th century AD, the 32nd generation of Zanpulangri Songzan from the Yalong tribe, the road to the migration to the Jiamagou, it is the only important strategic channel connecting the former and the Tibetan, and also ancient A path that pilgrimage to Yahweh must go. The Sansang Ancient Road is a real road on the Qinghai-Tibet Plateau: its starting line is the birthplace of Songtsen Gambo, Jiama Township, Lhazhugongka County, Lhasa, and the end point is the Samye Monastery in Zhacao County, Shannan. The length of the line is nearly 100 kilometers, the starting altitude is 3,865 meters, and it is necessary to climb the mouth of 5,300 meters above sea level. 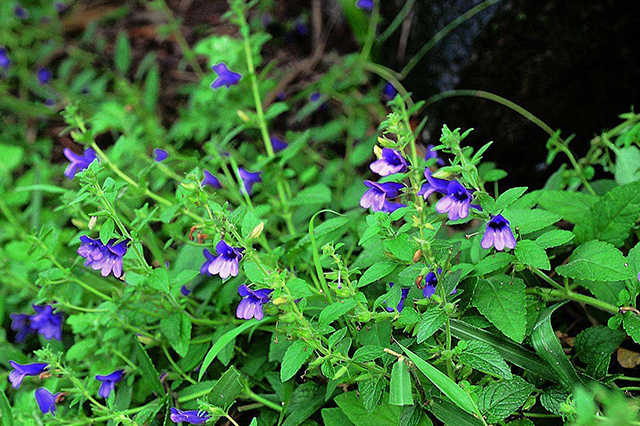 According to historical records, in the first century AD, the Roman Empire exchanged the Musk, which was abundant in Tibet, through the Qamdo-Lhasa-Ali-Western region. Therefore, this road through the roof of the world is called the “Musk Road”. In the seventh century AD, with the frequent political, economic, and cultural exchanges between the Tubo Kingdom and the Central Plains, tea, ceramics, and brown sugar from the mainland went to Chengdu from Chengdu and Pu’er, and along the “Musk Road” into the snowy plateau. In the West Asia region, the “Musk Road” has further become a channel for ancient Chinese and Western business, culture, religion, and military exchanges. 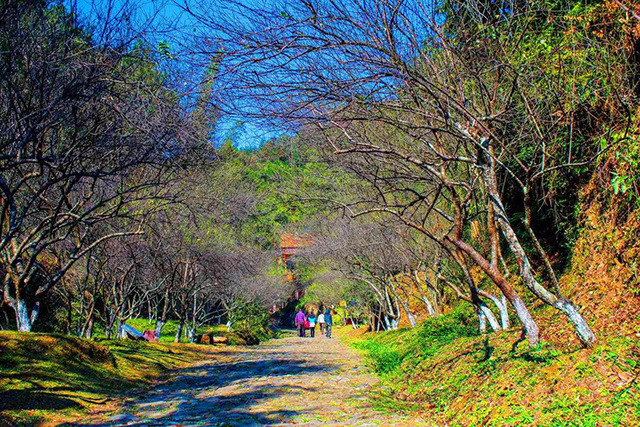 Meiguan Ancient Road is located at the top of Meiling, about 30 kilometers away from Nanxiong, Guangdong. It crosses Daguling (also known as Meiling), so it was called Dazhangling Road. The Meiguan Ancient Road began in the Qin and Han Dynasties. In the Tang Dynasty, Zhang Jiuling passed Meiling. When the mountain road was difficult to pass, it was rumored to the Tang Xuanzong rumors. In the eight years of Song Jiayou, Daguling Road was rebuilt and expanded. The south and north sides of the Guanlou were engraved with “Southern Guangdong Xiongguan” and “Lingnan First Passage”, which was later called Meiguan Ancient Road. Meiguan Ancient Road is the most complete ancient road in the country.