Since the beginning of this year, the US government has initiated trade wars against many countries around the world and has pointed its finger at China. China firmly defends free trade and the multilateral system, resolutely defends the core interests of the country and the interests of the people, and insists on resolving differences through dialogue and consultation with the utmost sincerity. On December 1, the heads of state of China and the United States held a meeting to reach an important consensus, stop adding new tariffs, and instruct the economic and trade teams of the two countries to intensify consultations and push bilateral economic and trade relations back to normal track as soon as possible. In the past year, the Chinese economy has responded to the profound changes in the external environment in accordance with the requirements of high-quality development, and the structural reforms on the supply side have been further promoted, maintaining sustained and healthy economic development and overall social stability.

3.Establishing Hainan Free Trade Zone to demonstrate the determination to expand opening up 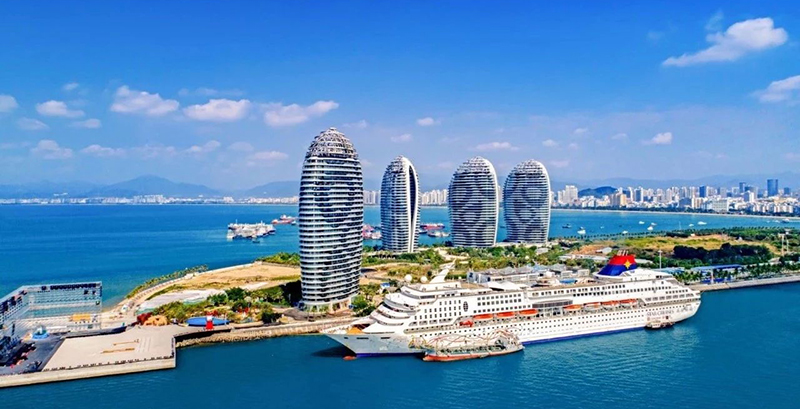 On April 13, on the occasion of celebrating the 30th anniversary of the establishment of the provincial special economic zone in Hainan, the Party Central Committee decided to support the construction of a free trade pilot zone in Hainan Island, support Hainan to gradually explore and steadily promote the construction of a free trade port with Chinese characteristics, and then issue In support of Hainan’s guiding ideology for comprehensively deepening reform and opening up; in October, the “China (Hainan) Free Trade Pilot Area Overall Plan” was announced. So far, the 12 free trade zones across the country have formed a “new geese array” of reform and opening up, leading the process of China’s higher level of opening up.

4.Commemorating the 200th anniversary of the birth of Marx 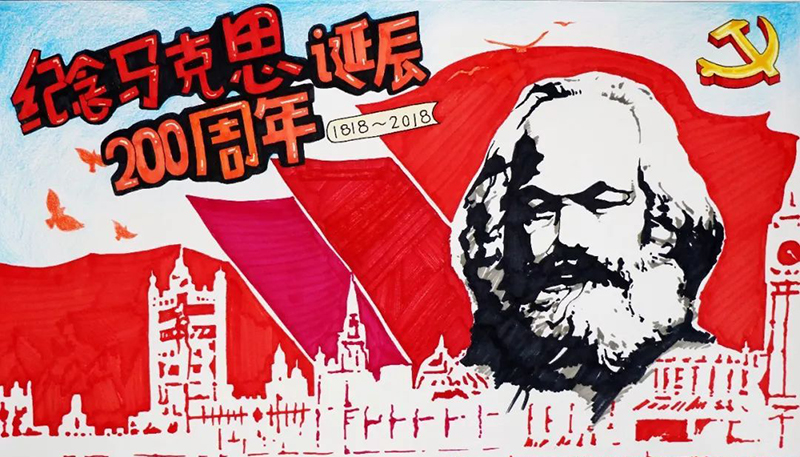 On May 4th, the 200th anniversary of the birth of Marx was held in the Great Hall of the People. General Secretary Xi Jinping delivered an important speech. Marxism not only profoundly changed the world, but also profoundly changed China, making China, an ancient oriental power, create an unprecedented development miracle in human history. On the way forward, the Chinese Communist Party will continue to raise the great banner of Marxism and let the beautiful prospects of human society envisioned by Marx and Engels continue to be vividly displayed on the land of China. 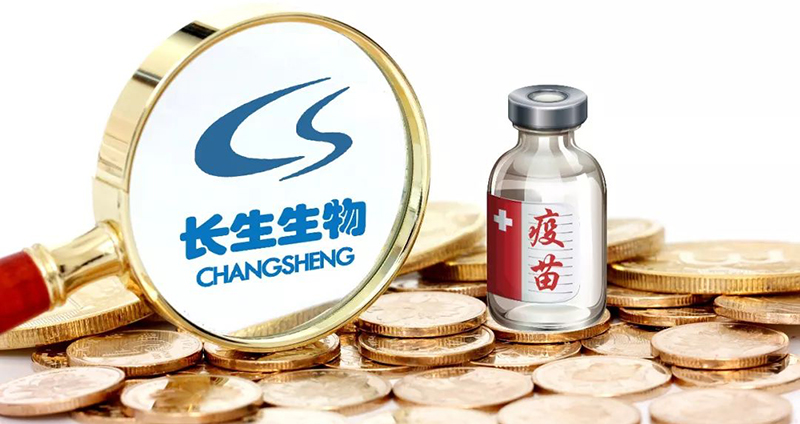 In July, Jilin Changchun Changsheng Biotechnology Co., Ltd. exposed the rabies vaccines in violation of laws and regulations, which caused widespread concern in public opinion. On July 23, General Secretary Xi Jinping made important instructions, demanding that the truth be immediately investigated and dealt with strictly according to law. The Standing Committee of the Political Bureau of the CPC Central Committee heard a report on the investigation of the vaccine case of Changchun Changsheng Company and related accountability. A group of personnel related to the vaccine case were severely accountable. Changchun Changsheng Company was fined 9.1 billion yuan, and the Shenzhen Stock Exchange launched a major illegal and mandatory delisting mechanism for Changsheng Biological listed companies.

Approved by the Party Central Committee and approved by the State Council, since 2018, the annual Lunar Calendar has been established as the China Farmers Harvest Festival. This is the first festival set up for farmers at the national level, further highlighting the top priority of the “three rural” work. The basic position. The Central Document No. 1 announced this year has fully deployed the implementation of the rural revitalization strategy. China’s fight against poverty has entered the most critical stage. The annual task in 2018 has been fully completed. It is estimated that the number of rural poor will be reduced by more than 10 million in the whole year, and about 280 poverty-stricken counties will be removed from poverty.

7.Intensive launch of major initiatives to support the private economy 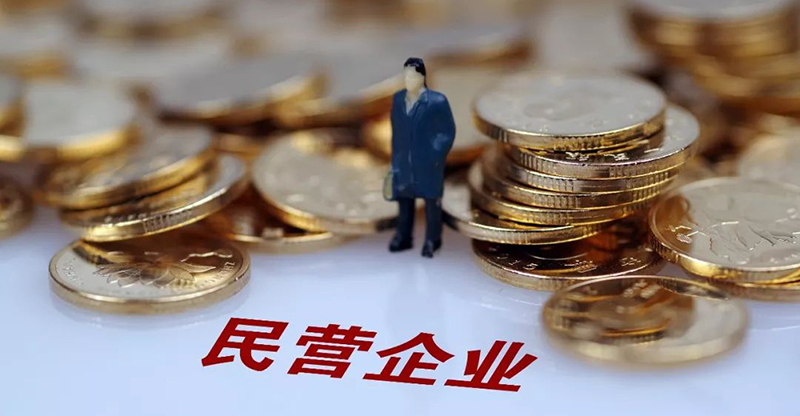 On November 1, General Secretary Xi Jinping presided over a private enterprise symposium and delivered an important speech, stressing that China’s private economy can only grow and not weaken, and requires the implementation of six policy measures to support the development and growth of private enterprises. Various localities and departments have intensified the introduction of a series of policies and measures around reducing the burden of enterprises’ taxes and fees, solving the problem of financing difficulties and financing, and creating a level playing field, so that private enterprises have more sense of gain.

8.The main diplomatic activities such as the first China International Import Expo were successfully held 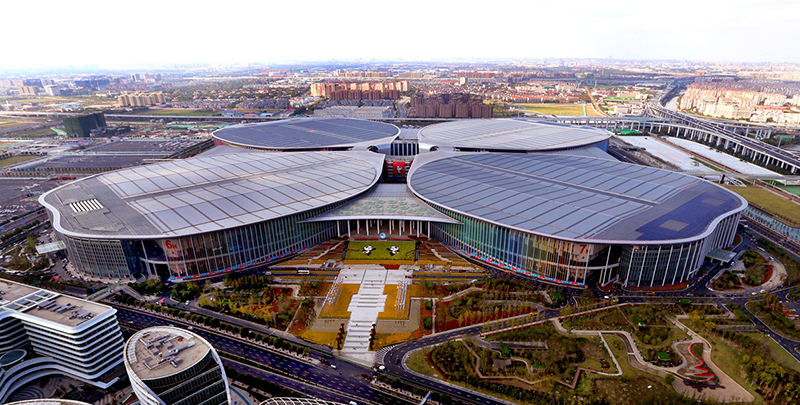 From November 5th to 10th, the first China International Import Expo was held in Shanghai, attracting 172 countries, regions and international organizations to participate, more than 3,600 companies participated in the exhibition. This is the world’s first import-themed national level. The exhibition is a major innovation in the history of international trade development. Previously, the Beijing Summit of the Forum on China-Africa Cooperation was successfully held in September, and 54 representatives of African members attended the conference. It is the largest and most standard home-based diplomatic event held by China so far. The 2018 annual meeting of the Boao Forum for Asia, the Qingdao Summit of the Shanghai Cooperation Organization, and the three meetings of the leaders of China and the DPRK were all brilliant. Under the correct guidance of Xi Jinping’s diplomatic thoughts, the new era of foreign work continued to show a new atmosphere.

9.The success of the successful launch of the ChangE fourth, and other good news 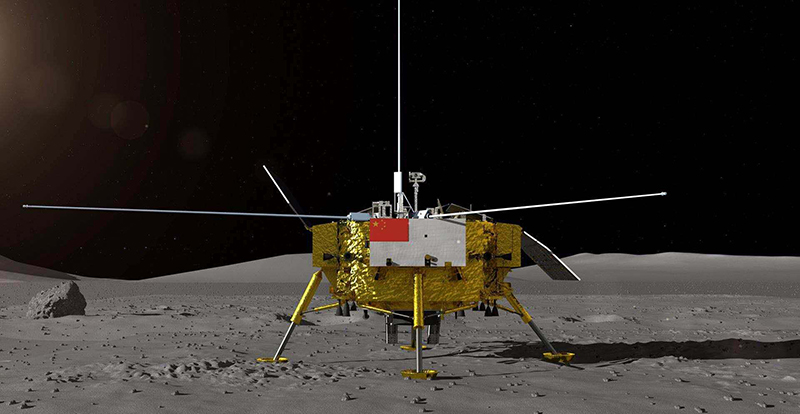 At 2:23 on December 8, China successfully launched the No. 4 detector with the Long March 3 B carrier rocket at the Xichang Satellite Launch Center, which opened the first human exploration of the soft landing on the back of the moon. Since the beginning of this year, China’s scientific and technological innovations have been well received, from the successful launch of the domestic large-scale amphibious aircraft “Jilong” AG600 to the domestic aircraft carrier sea test, from the first birth of cloned monkeys to the artificial single-segment eukaryotic cells, from Hong Kong-Zhuhai-Macao Bridge Opened to the Beidou No. 3 basic system and provided global services, from the Zhuhai Air Show 歼-10B thrust vector verification machine to the science and technology awards conference to play a new strong voice, a series of major achievements witnessed the Chinese science and technology workers insist on independent innovation, The solid pace of the peak of the technology.

10.The 40th Anniversary of the celebration of reform and opening up was held