The survey of the Better Life City consists of three first-level indicators of sense of acquisition, happiness, and security, and 21 second-level indicators. This survey is the largest and most authoritative survey on the livelihood of the media in the world. The results show that in China, the 10 best cities to live in are these: 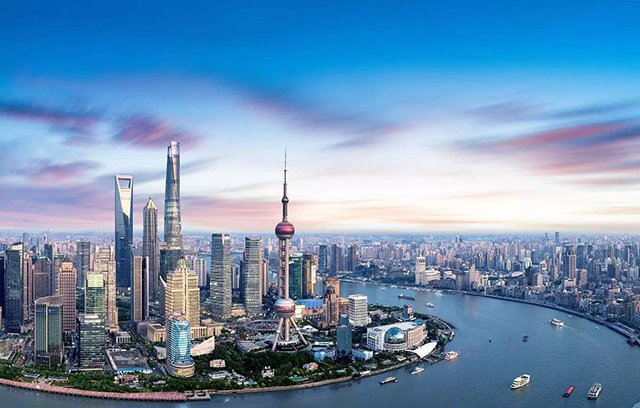 According to CCTV’s official statement, Shanghai young people have the highest happiness. In particular, the post-85 and post-95 happiness levels are much higher than other age groups.
Among the 21 satisfaction indicators for urban governance capacity and social services, Shanghainese feel more balanced about each indicator, mainly satisfied with public security status, medical services, pension services, legal environment and food safety. Satisfaction levels are higher than the national average.
Shanghai is a municipality directly under the Central Government and a central city in China, and it is a megacity. China’s international economic, financial, trade, shipping, technological innovation center, national logistics hub. The city administers 16 districts with a total area of 6340.5 square kilometers. In 2019, the permanent population is 242.814 million, the registered permanent population is 14.5043 million, and the foreign permanent population is 9.777.1 million.
In 2019, Shanghai’s gross domestic product (GDP) was 3,815.532 billion yuan, which was calculated at comparable prices, an increase of 6% over the previous year. On December 15, 2019, it was listed in the top 10 Chinese urban brands of the Chinese Academy of Social Sciences. 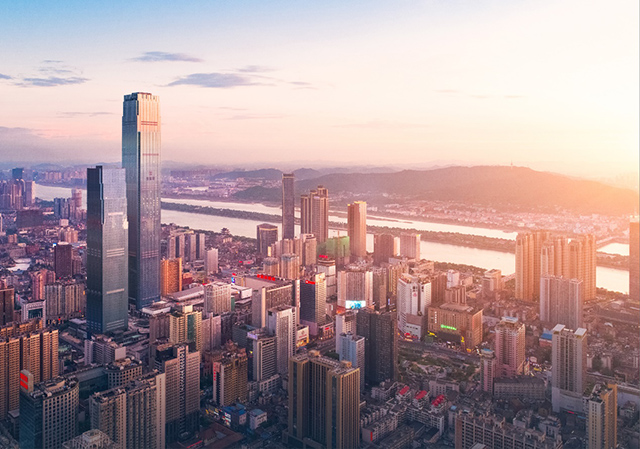 Changsha won the “2020 China’s Top 10 Best Living Cities” and is the only city in central China to be on the list. It is one of the “Better Living Cities in the minds of 36-59 year olds.” From the comprehensive data of the survey, it is because people generally have higher satisfaction with water and air quality, public security status, medical services, education quality, and park green space.
Changsha is an important central city in the middle reaches of the Yangtze River in China, a pilot zone for comprehensive supporting reform of the “two-type society” in the country, an important grain production base in China, an urban agglomeration in the middle reaches of the Yangtze River, and an important node city in the Yangtze River Economic Belt. It is also a comprehensive transportation hub and a national logistics hub, where Beijing-Guangzhou high-speed rail, Shanghai-Kunming high-speed rail and Chongqing-Xiamen high-speed rail meet. 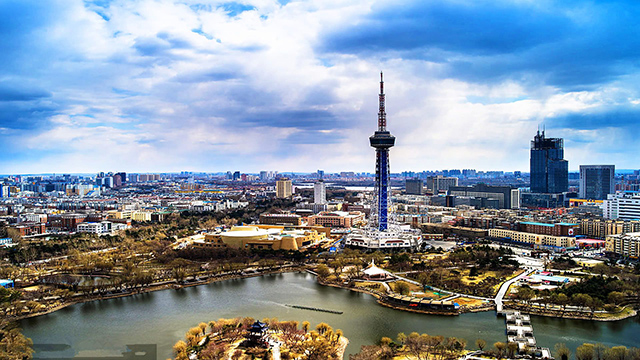 In 21 satisfaction indicators for urban governance and social services, the satisfaction of Changchun people with city image, water and air quality, social assistance, pension services and employment environment is higher than the national average.
As an old industrial base in Northeast China and one of China’s “four major gardens” cities, Changchun, which enjoys the reputation of “North Country Spring City” and “Automobile City”, is rejuvenating with the continuous revitalization of the Northeast Old Industrial Base.
Changchun is located in the northeastern region of China, located in the geographic center of the Northeast, the central city of the Northeast Asian Economic Circle, bordering Songyuan City, Siping City, Jilin City and Harbin City respectively. It is a famous old industrial base in China and the earliest automobile industry in New China. The base and film production base are known as “Oriental Detroit” and “Oriental Hollywood”. At the same time, they are also the cradle of the development of new China rail cars, optoelectronic technology, applied chemistry, biological products and other industries. The famous China First Automobile Group Co., Ltd. was born. Company, CRRC Changchun Rail Bus Co., Ltd., Changchun Film Studio, Changchun Institute of Optics, Fine Mechanics and Physics, Chinese Academy of Sciences, Changchun Institute of Applied Chemistry, Chinese Academy of Sciences, Changchun Institute of Biological Products. 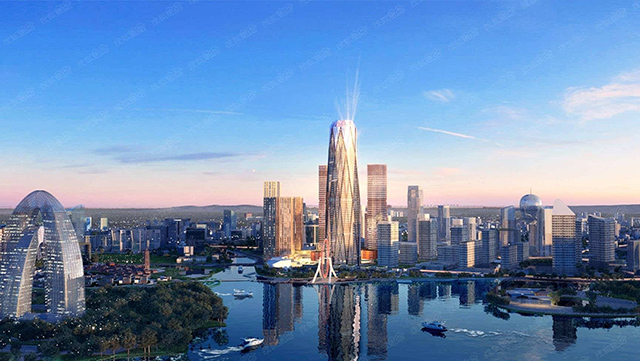 Beijing entered the ranks of happy cities for the first time.
To pursue dreams and strive hard in the CBD of tall buildings, you must also enjoy the leisure and coziness of walking through the streets of Hutong; you need to buy a car to buy a house to make money to support your family, but also exercise and fitness dinner entertainment to live out yourself; …As a super-large city, Beijing is constantly exploring the path of harmonious and livable development, and the citizens clearly feel the profound changes in the city.
The latest issue of the Better Life City Survey shows that the satisfaction of Beijing residents with medical services, employment environment, food safety, legal environment, and elderly care services is higher than the national average. Among the factors that affect happiness, Beijingers value the four major factors of income level, health status, social security, and ecological environment. Among them, the confidence in the expected increase in income has been on an upward trend for four consecutive years. The most confident are young people aged 18 to 35 and elderly people over 60.
Beijing is the capital of China, as well as China’s political and cultural center, international exchange center, and technology innovation center. Beijing was rated as the world’s first-tier city by GaWC, the world authority. The UN report pointed out that the Beijing Human Development Index ranks second in Chinese cities. In 2019, Beijing achieved a gross regional product of 3537.13 billion yuan, calculated at comparable prices, an increase of 6.1% over the previous year. The total retail sales of social consumer goods was 1,227.01 billion yuan. 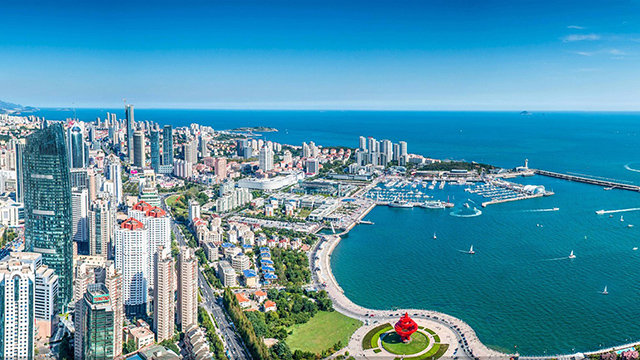 Among the 21 satisfaction indicators for local governance and social services, Qingdao people are mainly satisfied with social assistance, medical services, income levels, employment environment, and government efficiency. The satisfaction of these indicators is higher than the national average , Of which satisfaction with social assistance ranks second in the country.
Qingdao is located in the East China region, southeast of Shandong Peninsula, and borders on the Yellow Sea in the east. It is located at the forefront of the China-Japan-Korea Free Trade Zone. It is the economic center of Shandong Province, a national leading area for the development of modern marine industries, an international shipping hub in Northeast Asia, and marine sports. The sports base, the main node city of the Belt and Road New Eurasian Continental Bridge Economic Corridor and the strategic pivot of maritime cooperation.
Qingdao is the host city for the 2008 Beijing Olympic Games and the 13th Paralympic Games sailing competition. It is the sailing capital of China, the best sailing city in Asia, the world’s beer city, the United Nations “film city”, the first batch of coastal open cities in the country, and the national civilization City, China’s happiest city. Known as the “Eastern Switzerland” and the capital of Chinese brands. 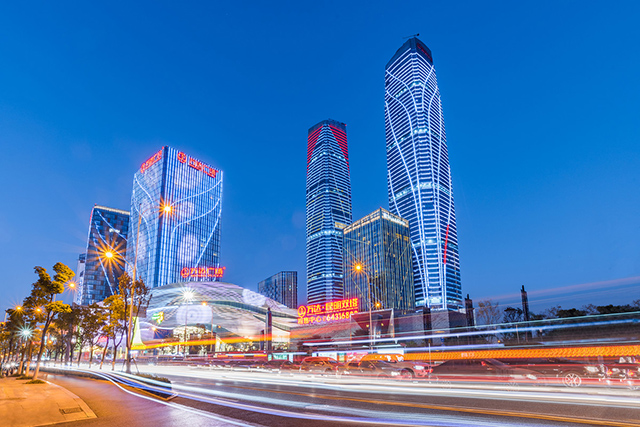 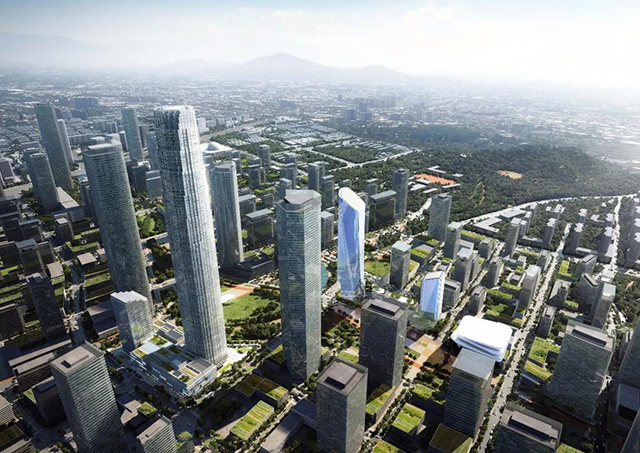 The survey shows that Jinan ranks third among 36 large and medium-sized cities with a happiness index of 54.82%, 11 percentage points higher than the national average of 43.81%. The “Top Ten Cities for Better Life in the Country” deserves its name. Among the 21 satisfaction indicators for urban governance and social services, Jinan is mainly satisfied with medical services, pension services, education quality, employment environment, entrepreneurial environment and entrepreneurial support. The satisfaction of these indicators is higher than National average.
Jinan is located in East China, Central Shandong Province, and the southeastern edge of the North China Plain. It is the garrison’s army station station in the northern theater of the Chinese People’s Liberation Army. It is an important meeting point on the city and is also one of the central cities in the Bohai Rim and the middle and lower reaches of the Yellow River.。 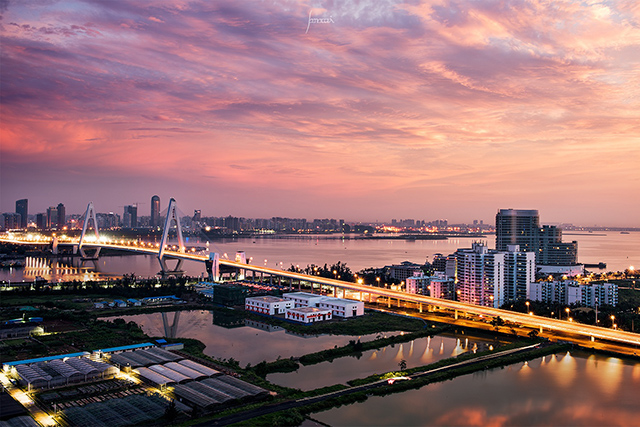 This is Haikou, the capital of Hainan Province, and has been selected to the list for 6 consecutive years. According to the survey data, Haikou is a city of good life for young people aged 18 to 35. The leisure time of Haikou citizens is 3.1 hours, much higher than the national average of 2.42 hours of leisure time. In addition, among 21 satisfaction indicators, such as urban governance and social services, 14 in Haikou are higher than the average of provincial capital cities and municipalities directly under the Central Government.
Haikou is composed of the main island Hainan Island (part), the outlying islands Haidian Island and Xinbu Island. The total area of the city is 3145.93 square kilometers, of which the land area is 2284.49 square kilometers and the sea area is 861.44 square kilometers. Haikou has a comfortable and pleasant climate and a first-class ecological environment. It is always ranked first in the national air quality ranking list of 168 prefecture-level and above cities issued by the Ministry of Ecology and Environment of the People’s Republic of China. The city’s green coverage rate is 43.5%, which is selected by the World Health Organization It is China’s first “world healthy city” pilot site. As of the end of 2019, the city’s resident population was 2.237 million and spoke the Hainan dialect of Minnan. 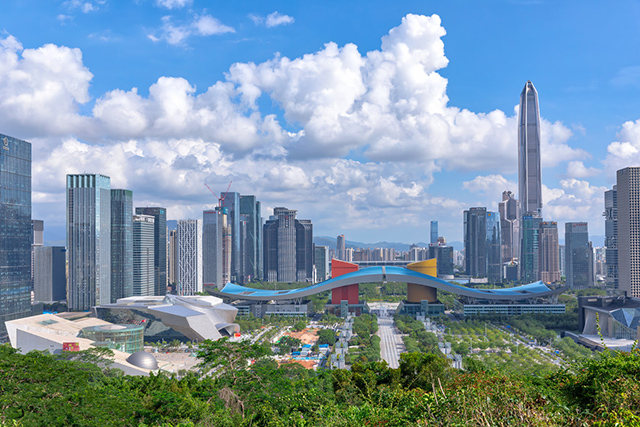 Among the 21 satisfaction indicators for urban governance and social services, 19 in Shenzhen are higher than the average of provincial capital cities and municipalities directly under the Central Government. Among them, Shenzhen ranked first in the country in terms of government service awareness and food safety satisfaction. Among all the index items in Shenzhen, citizens have the highest satisfaction with education services, exceeding the average by 10 percentage points, ranking third in the country; followed by public security status and water and air quality; in addition, income level, employment environment and other index items The satisfaction of Shenzhen people is relatively high.
Shenzhen is located in southern China, southern Guangdong, on the east bank of the Pearl River Estuary, facing the Daya Bay and Dapeng Bay in the east, the Pearl River Estuary and Lingding Ocean in the west, and connected to Hong Kong across the Shenzhen River in the south. It is one of the four central cities in the Guangdong-Hong Kong-Macao Greater Bay Area 1. National logistics hub, international comprehensive transportation hub, international science and technology industry innovation center, and one of China’s three national financial centers, and make every effort to build a leading demonstration zone of socialism with Chinese characteristics, a comprehensive national science center, and a global ocean center city. Shenzhen is full of water, land and air ports, and it is the port city with the largest number of ports in China, the largest number of immigrants, and the largest traffic flow.

Among the 21 satisfaction indicators for urban governance capabilities and social services, Xiameners are mainly satisfied with the city’s image, education quality, public security status, social ethos and legal environment, and their satisfaction exceeds the national average. Among them, the satisfaction with social atmosphere ranks first in the country.
Xiamen is a sub-provincial city and a separate city in Fujian Province. It is a special economic zone in China approved by the State Council. It is an important central city, port and scenic tourist city on the southeast coast. Xiamen is composed of the island (Xiamen Island), the Gulangyu Islands on the outlying islands, Haicang Peninsula on the west coast, Jimei Peninsula on the north coast, Xiang’an Peninsula on the east coast, Dadeng Island, Xiaodeng Island, inland Tongan, Jiulong River, etc., with a land area of 1699.39 square kilometers. The sea area is more than 390 square kilometers. Xiamen speaks Xiamen dialect, which is spoken in Nannan, and is an integral part of the southern Fujian area with Zhangzhou and Quanzhou.