1.Librarian: The wise man in loneliness 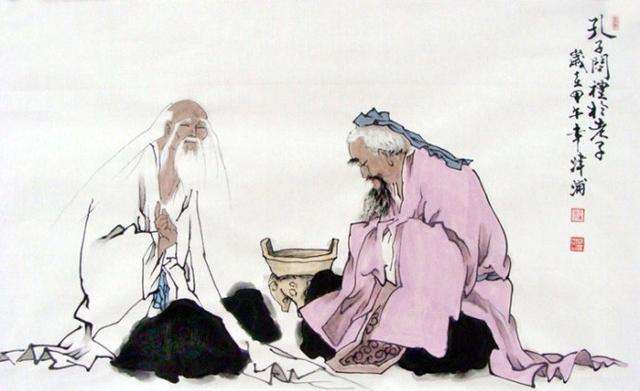 Power index: three stars
Representative: Laozi
In the bustling metropolis, the library is always relatively lonely. The ancient library is naturally more lonely. Our first Royal Library curator, whose name is Li Er, is the author of the Tao Te Ching.
As a librarian, Laozi has no work to do. In a large library, there are so many bamboo slips that have grown a lot of white mildew. When the weather is fine, Lao Tzu will direct the staff to carry these heavy things out to the sun.
The result of Laozi’s loneliness is to write the immortal book Tao Te Ching. Surprisingly, this important work has only a short 5,000 words. It is clear that the truth between heaven and earth is clear. It is obvious that the masters are extraordinary.

2.Court musician: If you are happy, you will clap your hands 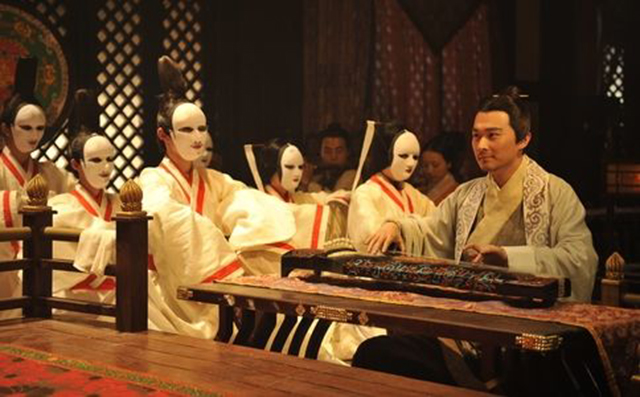 Power index: five stars
Representative figures: Li Yannian, Li Guinian
The working people do not understand elegant music, but the court knows that the scholars know. In the Han Dynasty and the Tang Dynasty, Li Yannian and Li Gui Nian, who represented the highest achievements of elegant music, had their works come out, and there were always many listeners who gave a heartfelt smile.
It is said that one time, Li Yannian sang a song for Han Wudi: “There are beautiful people in the north, and they are born and independent. They care about the city and pay attention to the country. They don’t know the city and the country. It is hard to get a good time.” Han Wudi listened to this song and said with emotion: “Well, is this where the world goes to find such a beautiful person?” The Princess Pingyang recommended to the Emperor Wu of the Han Dynasty that Li Yannian’s sister is such a beautiful woman. Because of this song, Li Yannian successfully promoted his sister and married Han Wudi.

3.Knight: A double-edged sword with pain and speed 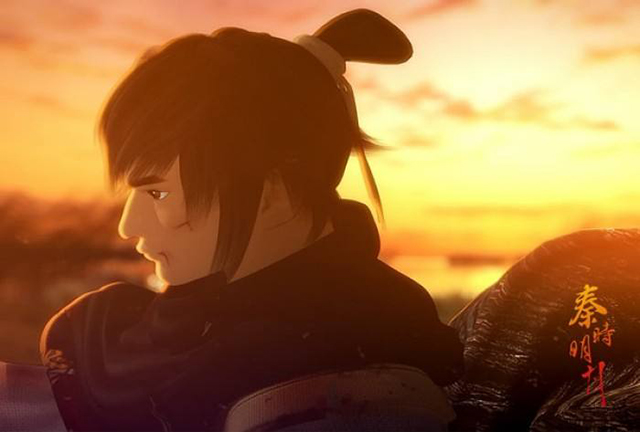 Power index: five stars
Representative figures: Jing Wei, Nie Zheng
In my opinion, the better knight than Jing Ke is Nie Zheng. Nie Zheng’s occupation was a butcher, and when the knight was a second occupation. He killed the man and fled to Qi with his mother and sister, but the reputation of the knight made him want to stop: the Korean aristocrat Yan Zhongzi ran to him with gold and a respectful attitude, asking him to get rid of the Korean Prime Minister.
Nie Zheng did not say anything, nor did he take the gold of Yan Zhongzi. Nie Zheng did this, not that he decided to give up the second career of the knight, but that he believed that his mother still lived in the world, that her sister did not marry, and that she could not die. Soon, his mother died, and Yan Zhongzi came to hang filial piety and held the ceremony of his parents, which made Nie Zhengshen deeply moved. After burying the mother, Nie Zhenghuo quickly married her sister, and then went to assassinate Xia tired.
Xia was a prime minister, and there were dozens of guards in the air. He was even stunned by Nie Zheng, a martial artist with a strong sword. The guards gathered around, and Nie Zheng saw that there was no possibility of escape, and he committed suicide by lifting his sword. Before he swallowed, he used his long sword to dig his own eyes and cut his face into a pile of meat. There is only one purpose for him to do this: not let people recognize him, lest he should be tired of his sister.

Power index: four stars
Representative: Confucius
Confucius pioneered private school in the era when only aristocratic children could enter school, and attracted the children of the working people to enter school with the teaching method of teaching and learning. This made him jump from teaching to become an educator.
Confucius’ teaching method is really enviable. Confucius sat in the apricot forest of his hometown, and the students sat around him, and the teacher could clearly speak two hours. At other times, he used his pre-designed questions to ask his disciples one by one. Later, he simply took his disciples to travel around the country in a ox cart, read thousands of books, and travel thousands of miles. The various problems of life must be reasonably disposed and answered in such a tour and lecture.

5.Explorer: There is soul and distance at the foot 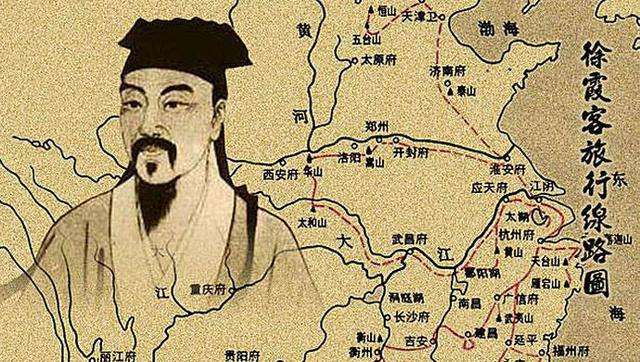 Power index: four stars
Representative: Xu Xiake
Xu Xiake is a leader among Chinese explorers. He has spent most of his life with the help of his feet and donkeys. He can find his footprints on most of China’s land.
A few years ago, after the death of the contemporary explorer Yu Chunshun, I wrote an article with deep feelings. There are a few sentences. I think it is still suitable for the explorers of ancient China: “If the soul can really be like a burst With my life’s breeze; if the meaning of life can start from a midnight dream… Then, when I re-examine the land that the strong man has walked, I can gently say to myself: the bird has already flown The sky doesn’t leave any traces…”

6.Advisors: I give my master an idea 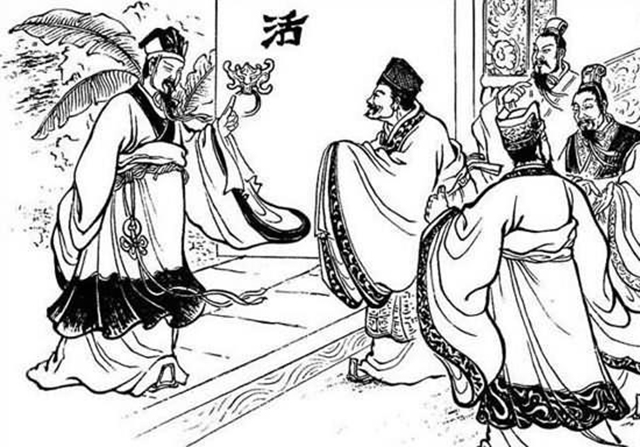 Power index: four stars
Representative: Yang Xiu, Shaoxing Master
The advisors of the ancient times is similar to the assistant to the general manager today. They rely on their rich experience to make suggestions and focus on their own wisdom.
In the ancient times, the famous celebrity was Yang Xiu. Yang Xiu was a personal talent and an elite among the ancient intellectuals. His talents are agile, he is only arrogant, and he is recognized by Cao Cao as a senior aide, and he is considered a minister. After a box of cakes, Cao Cao’s dream of killing, and the indiscriminate annihilation of the prince, Cao Cao had already had a must for Yang Xiu, and he found a crime and killed Yang Xiu.
The death of Yang Xiuzhi lies in his cleverness and his cleverness. He did not study the way to get along with the master. In fact, most of the life of the ancient aristocrats was very moist. Most of them belonged to the icing on the cake, and they have social status and detachment. Beyond the political struggle, it is not pleasant.

7.Recluse: Let me go further from the world 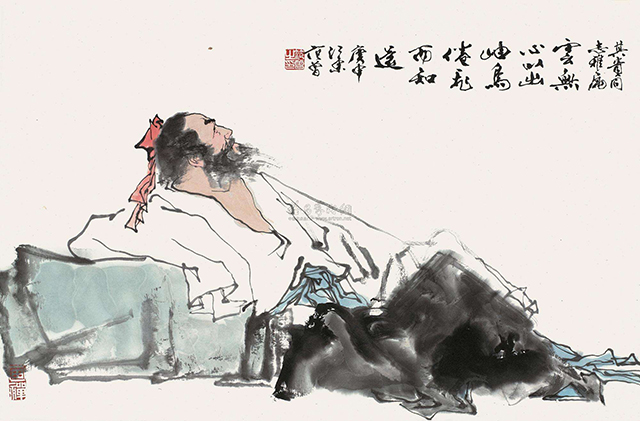 Power index: four stars
Representative figures: Tao Yuanming, Xu You
If you want to be recluse, you have to have good economic conditions to back up, or you can only starve to death between grasshoppers. Tao Yuanming’s story of not being folded for the five buckets of rice is widely known as a descendant, but people rarely think about a problem, that is, Tao Yuanming does not need this five buckets of rice at all. His family’s industry is enough for him to live a poetic and sacred life. Otherwise, “the seed beans are under the mountain, the grass is rich in peas,” which makes the peasants cry and tears (estimated to buy fake seeds) will not be used by his elderly as a kind of Yaxing.
Although Recluse was born and died, sometimes, because of the great reputation of the hermit, the court will repeatedly ask them to come out to be officials. This situation is like ordering a widow who is determined to keep the festival must be remarried. Angry. It is said that Xu was the great recluse of the Sui Emperor era. He decided to pass the throne to him several times, and Xu was firmly opposed.
Later, he told Xu that he would appoint Xu to be the governor of the Kyushu. It may be equivalent to a senior official at the prime minister level. Sui Emperor estimated that the brain had entered the water. Xu did not even want the throne. Where did he still want to work for the Kyushu governor? Sure enough, Xu was very angry and thought that the words of the cockroaches seriously polluted his ears, so he ran to the water and put his ears. Washed and washed — this is the famous story of the ear.

8.Doctor: Please stick out your tongue 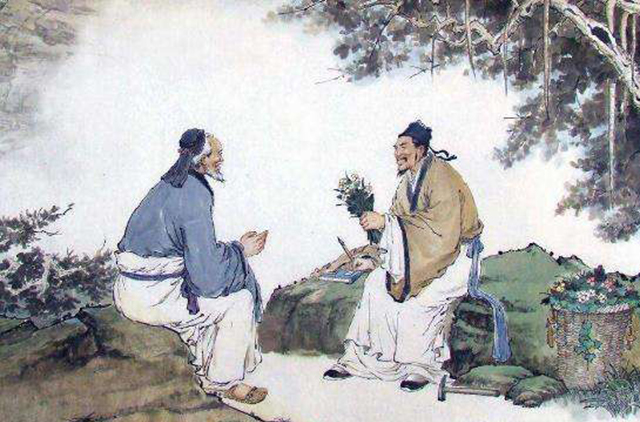 Power index: four stars
Representative figures: Zhang Zhongjing, Sun Sizhen
The occupation of healing and saving people has a lofty social status in ancient times. Up to the officials and nobles, down to the civilian population, there may be few people who do not have deep respect for them. This kind of awe, in the final analysis, is an investment in your own health.
Of course, when a young doctor is young, he may not always sit down and ask for a medical consultation. Instead, he walks on the avenue of the dusty servants. Like today’s science and technology health culture, the experts from the three rural areas, they will be in the folks. The building is known for its height.

9.Taishou: Do you know my happiness? 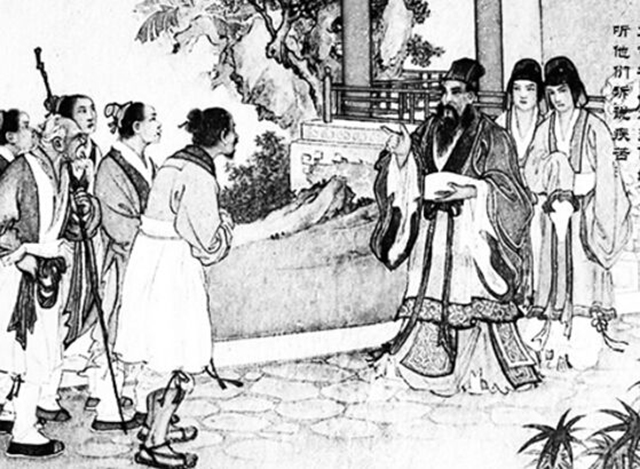 Power index: four stars
Representative figures: Du Mu, Ouyang Xiu
In all kinds of official positions in ancient times, it was very “powerful” to hold a job. It has a different name in the dynasties, such as the history of the thorns, also known as Zhizhou, also known as the prefect. It is equivalent to the mayor of today’s prefecture-level city and constitutes the main skeleton of the rule.
In those eras of singing and dancing, Taishou often became synonymous with the wind and snow. Looking at Chinese literati, there are so many people who have done too much, you will understand this: Wang Changling, Han Yu, Liu Zongyuan, Du Mu, Ouyang Xiu, Su Shi, Lu You ……
When these happy squadrons were in office, they arrived in the tranquillity of the country, so they did some refinement of Yueyang Tower or the affair of the drunken pavilion. On the one hand, they are literati, occupying an important voice. On the other hand, although the position of the prefect is not too high, it is not comparable, and the various desires of life can be well regulated. 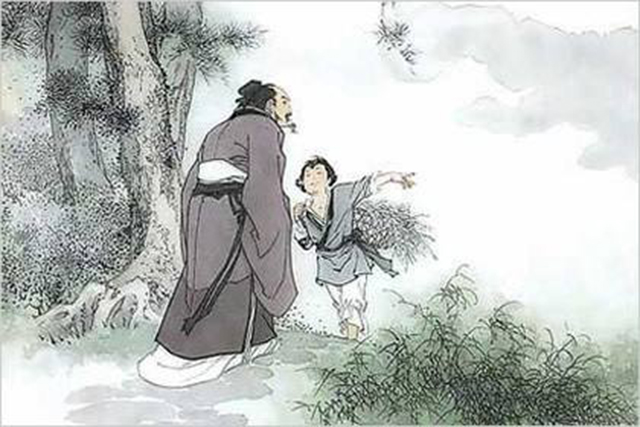 Power index: five stars
Representative: The face is vague, I don’t know who the surname is.
Among all culturally relevant occupations, poetry is the oldest and most culturally desirable. In the distant Zhou Dynasty, their figure has appeared on the land of the Central Plains.
This is a work that travels all over the world in the name of poetry. The poetry is always popular as a bee flying in the flowers. The hardships of the people are often directly understood by Zhou Wang and other princes through the form of these folk songs. In other eras, poetry officials have in fact assumed the responsibility of national opinion pollers, journalists and national poetry recorders. Unfortunately, we cannot know the names of these poets. They have been condensed into a noun in the depths of history.