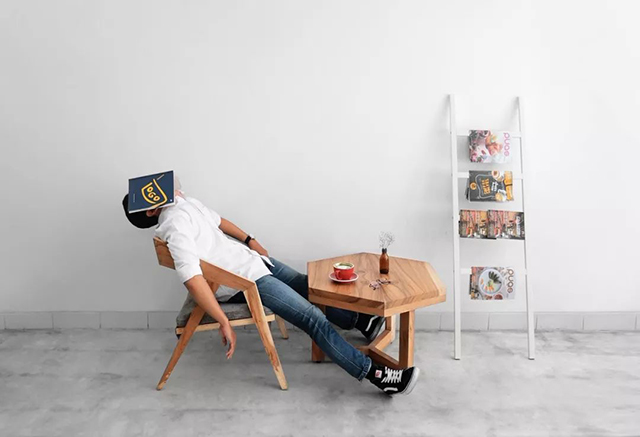 I can sleep, but I just don’t sleep; not only did I want to go to bed early, but I also prefer to sleep late; in fact, I can sleep late, but I don’t mean it – late obsessive-compulsive disorder is really a combination of contemporary people’s work.
The “White Paper on Sleeping Young People in China in the Night of 2019” published by iResearch shows that the long-term irregularity of falling asleep and working in the early morning reached 23.7% – but only so much?
“Not sleeping” is the best way to retaliate.Falling asleep means the end of the day, and sleeping late is not willing to madly suggest that you “have not finished this day”; willing to be a “healthy punk” while caring for a healthy future while squatting young and indulgent; The influence of the parents, with the self-restraint of early sleep, forced to fight against exhaustion.
The result of habitual staying up late is that you don’t sleep at night, you can’t afford it in the morning, you are not feeling well, and you are weak; you are fat, ugly, imaginary, blunt, and add hair loss.
The consequence of late-sleeping obsessive-compulsive disorder is that the task cannot be completed with quality and quantity. The next night, it is once again boring into a boring cycle, further deepening the degree of fatigue, and ultimately unable to resist or enjoy the various kinds of life.

If the values are falling, life is meaningless. When the heart is empty, the world will collapse.
Yang Lihua, a professor of philosophy at Peking University, pointed out that the one-sidedness of life, the “motor” and the digital rationality constitute the three philosophical features of modernity, and these three characteristics constitute the nihilistic world, leading to the lack of meaning and morality. Three issues of standard uncertainty and egocentricity.
After all, contemporary youth can hardly escape the tortures given by the world, so there is no such thing as a dream, because dreams are too far away; it is not boring, because boredom is the normal state of life; it is not right or wrong, because you and I have the same standard of right and wrong and cannot be unified. There is no such thing as exhortation, because you don’t understand my suffering at all; if you don’t care, you don’t have to die; if you don’t care, you don’t care about your phone and your heart and headaches and eyelid discomfort until dawn.

4.Fear of Missing Out

Fear of Missing Out, worried about being dismissed and abandoned because of missing information, is a typical disease of the times.
In this era of information explosion, new knowledge, new stalks, rapid news, and sharp reversal, many people fall into “ignorance and panic” – because they are afraid of missing information and are regarded as ignorant and incompetent, so they are desperate to smash Social networks and knowledge-based websites hope to be familiar with popular culture and big things.
And because of the fragmentation of contemporary information, there is a huge amount of diligence, no matter how diligent, you can’t understand it one by one. There is always a time of exposure; a lot of shallow and useless information dilutes and even covers really useful information, and spends a lot of time discovering that you get a pile of rubbish. The same anxiety is tight.

Procrastination, one of the most common causes of extinction – a deferred behavior that is unnecessary and harmful.
It’s hard to say which is more difficult to quit smoking and to delay, but their symptoms are really like: they can provide a temporary, illusory feeling of withdrawal, which can make people avoid the anxiety of the moment and seek a peace and even a refreshing.
The cause of procrastination may be that the task is too difficult, and it may be an illusory “pseudo-perfectionism”, which may be the psychological inertia of avoiding the weight.
Delaying the accumulated comfort will turn into a desperate panic when approaching the deadline, a result from the expected management: it may be overdue, and the quality may be reduced due to time constraints, which may lead to bad comments from superiors, colleagues and the outside world. Chain strikes.
The heart is frustrated, the body is damaged, the delay is delayed, the bad results are repeated, and the bad reviews are repeated, a vicious circle.
The most stubborn procrastination is generally mental illness, injury, injury, injury, loss of hair, treatment. Temporarily delayed for a while, has been delaying the crematorium. Delaying the baldness is unavoidable.

Social Phobia, also known as Social Anxiety Disorder (SAD), is a mental illness.
The “symptoms” of the contemporary youth who claim to be “socially ill” and “supreme” (spiritual Finns) are far from being morbid. “Social fear” is only a self-label of them, representing a kind of self-deprecating, a little Tsundere and a touch of emotion.
“Being socialized” is exhausting, and it also brings stress and anxiety. So some young people choose to be autistic and try to narrow the sense of existence: to block the work group after work, not to look at the circle of friends, and even if you don’t need any social tools, you can refuse A double attack between real social and internet social.
Their slogan is: We don’t need to socialize, don’t want to socialize, don’t like socializing. According to statistics, from 2016 onwards, the search heat of the word “social terror” has shown a trend of rising year after year.

Work is fun, and overtime is obese.
It is said that after three years of work, it is a period of high incidence of “overwork”. In addition to the “overwork and dying” and “physical phobia” – they are anxious about their own health but unable to solve it. Only when they are ostriches, they turn a blind eye.
Another controversy is: Is it not a work injury in the end?
In June 2017, a group of white-collar health survey data released by the human resources service organization Zhongzhi Foreign Enterprise Service Company showed that 62.27% of white-collar workers believed that they had experienced labor and fat, and 27.3% of them believed that they were over 5 kg. And 65.09% of white-collar workers support the inclusion of labor and fatigue in work-related injuries.
People in the workplace also understand that “work injury” is purely self-reporting. Who knows that you are too addicted to work, can not afford to sit for a long time, or become fat, or because of overeating, eating “heart health food” (also known as “Consolation food”, that is, fried chicken, French fries, fat house and other happy water) and become fat?
Perhaps you can learn about the Japanese practice known for overtime culture: In 2008, the Japanese government issued a decree to force local governments and businesses to regularly measure the waist circumference of middle-aged and elderly people between the ages of 40 and 74, and to set up residents and employees for the relevant institutions. For weight loss indicators, organizations that fail to meet the standards will be fined.

The most widely circulated saying about the difficulty of choosing is: “Which choice is difficult, not because of poverty…” However, even if you are more willing to buy anything, you will buy something, in the face of more complicated options. It will be a headache.
In psychological terms, this is called “choice overload,” and more choices mean more uncertainty, and the resulting greater risk, making it difficult for people to make decisions.
The biggest risk of handing over the choice is that after you are “selected” and “decided,” your choice of difficulty has not actually improved.

The so-called “pre-aged disease” and “pre-middle-age crisis” are actually meant to mean that young people have entered the state of middle-aged talents in advance – physiologically, the hairline moves backward, collagen is lost, Older than the actual age, psychologically it is conservative, lost dreams, and not enterprising.
In May 2013, People’s Daily published a commentary on “Let the youth be suffocated”, pointing out that the post-80s should have become “old” in the mentality, except for nostalgia, and continue to sigh old; It’s just the release of emotions and vomiting. The mental “premature aging” is worthy of vigilance.
In April 017, Xinhua.com launched a network survey. “After 90, it has really fallen into the “middle-age crisis”? “The results show that nearly 60% of netizens do not think that after 90 years as a middle-aged person, but agree to the “middle-age crisis” after 90 years.
It is rumored that this statement by Roman Roland was frequently quoted in the description of the post-90s middle-aged crisis: “Most people died in their 20s and 30s, because after this age, they are just their own shadows. The rest of the life is spent in imitating myself…”

KPI is a double-edged sword. It is used well, as Jack Welch, the former president of General Electric, said, it is the driving force for the success of business operations; it is not used well, as the former managing director of Sony said, “Performanceism ruined Sony.”
And “Is your KPI implemented?”, for the employees being assessed, it is both a torture of the soul and a source of stress.
“100,000+” can be said to be the representative of the current KPI assessment system, which is a certain degree of digital worship.
The writing in the new media era is essentially the writing of “100,000+”; “100,000+” has become the “golden line” to measure the good or bad of the article. “It is not only a clear standard, but also means With money.”