China is located in the east of the Asian continent, facing the Pacific Ocean; the Bohai Sea, the Yellow Sea, the East China Sea, and the South China Sea adjacent to the edge of the Chinese mainland are connected to each other, spanning temperate, subtropical, and tropical regions, and arcing from north to south. The above four seas are close to mainland China and belong to China’s offshore waters. They are China’s four seas and are also called “China’s adjacent seas”
The total area of the sea area adjacent to China is about 4.7 million square kilometers. According to the provisions of the United Nations Convention on the Law of the Sea, the area of the sea area claimed by China is about 3 million square kilometers, including the inland sea, territorial sea and contiguous areas. , Exclusive economic zone and continental shelf. 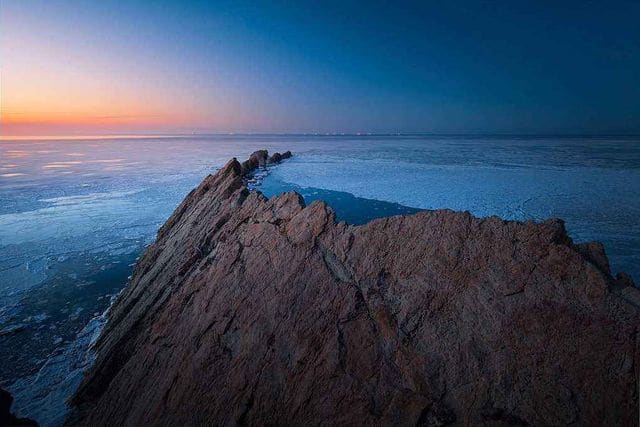 The Bohai Sea is the northernmost part of China. It is surrounded by the Shandong Peninsula, the Liaodong Peninsula, and the North China Plain. It is connected to the Yellow Sea by the Bohai Strait only in the east. It is a semi-closed continental shelf. .
The Bohai Sea, because it is located in the north, was called the North Sea in ancient times. The Bohai Sea is China’s inland sea, [4-5] surrounded by land on three sides, between Liaoning, Hebei, Shandong, and Tianjin. The specific location is at 37 ° 07 ′ ~ 41 ° 0 ′ North Latitude and 117 ° 35 ′ ~ 121 ° 10 ′ East Longitude. The connection between Laotieshan Cape at the southern end of the Liaodong Peninsula and Penglai Cape at the northern shore of the Shandong Peninsula is the boundary between the Bohai Sea and the Yellow Sea. The area is small, about 90,000 square kilometers. The Bohai Sea communicates with the Yellow Sea through the Bohai Strait. The Bohai Strait mouth is 59 nautical miles wide and has more than 30 islands.
The Bohai Sea has an average water depth of 25 meters and a total capacity of just 1,730 cubic kilometers. The water along the Bohai coast is shallow, especially the river is only a few meters deep into the place; the old Tieshan watercourse in the east is the deepest, reaching 86 meters. The temperature change of the Bohai Sea is affected by the northern continental climate. It was around 0 ℃ in February and 21 ℃ in August. Severe winter is approaching, with the exception of Qinhuangdao and Huludao, most of the coasts are frozen. When the ice melts in early March, a lot of drift ice often occurs, with an average water temperature of 11 ° C. Due to the large amount of freshwater injection from mainland rivers, the salinity in the Bohai Sea is the lowest (only 30 ‰). The coast of the Bohai Sea includes Liaodong Bay, Bohai Bay and Laizhou Bay. Rivers such as the Liaohe, Haihe, and Yellow Rivers bring a lot of organic matter from the land, making it a natural fishing ground for shrimp, crab, and croaker.

The Yellow Sea is located between the mainland of China and the Korean Peninsula. It lies at the mouth of the Yalu River in the north, and is separated from the East China Sea by the north corner of the Yangtze River mouth to the southwest corner of Jeju Island in South Korea. The line is separated from the Bohai Sea and is a semi-closed shallow sea. The average depth of the seawater is about 44 meters and the area is about 380,000 square kilometers.
The Yellow Sea is the marginal sea of ​​the Pacific Ocean. Between China and the Korean Peninsula. In the south, the line from the north bank of the Yangtze River Estuary to Jeju Island in South Korea delimits the East China Sea, and in the west it connects the Bohai Strait to the Bohai Sea. The area is about 380,000 square kilometers. The inflowing rivers carry too much sediment, and the coastal waters are yellow, hence the name. All are continental shelves, with an average depth of 44 meters, a central portion of 60-80 meters, and a maximum depth of 140 meters. The average salinity is 31-32 ‰. Surface water temperature is 25 ° C in summer and 2-8 ° C in winter. Transparency is about 15 meters to the south and 3-5 meters along the coast.
The area of ​​the Yellow Sea is about 400,000 square kilometers, and the deepest point is in the southeast of the Yellow Sea, about 140 meters. According to the natural geography and other characteristics of the Yellow Sea, oceanographers used to divide the Yellow Sea into the North Yellow Sea and the South Yellow Sea. The North Yellow Sea refers to the semi-enclosed sea area between the Shandong Peninsula, the Liaodong Peninsula and the Korean Peninsula. The area of ​​the sea area is about 80,000 square kilometers, with an average water depth of 40 meters. The elliptical semi-enclosed sea area north of the Yangtze River Estuary-Jeju Island line is called the South Yellow Sea, with a total area of ​​more than 300,000 square kilometers. The average water depth of the South Yellow Sea is 45.3 meters, and the maximum water depth is 140 meters on the north side of Jeju Island. The annual variation of water temperature in the Yellow Sea is smaller than that in the Bohai Sea, ranging from 15 ° C to 24 ° C. The salinity of the Yellow Sea is also low, at 32 ‰. 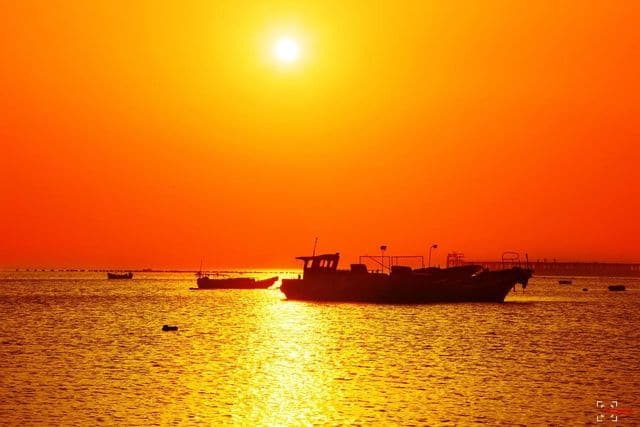 The East China Sea is located between mainland China and Taiwan Island, and Japan’s Kyushu Island and Ryukyu Islands. It is connected to the Yellow Sea to the north, and separated from the South China Sea by the connection between Nan’ao Island of Guangdong Province and the southern tip of Taiwan Island. It is a relatively open marginal sea with an average depth of approximately 370 meters, with an area of about 770,000 square kilometers.
The East China Sea runs from the north bank of the Yangtze River Estuary in China to Jeju Island in South Korea, from Nanao Island in Guangdong Province to the southern tip of the island in Taiwan Province (through Penghu to Dongshigang in Taiwan) as the boundary with the South China Sea and to the east of the Ryukyu Islands in Japan. An area of more than 770,000 square kilometers. Most are 200 meters below the continental shelf. The salinity is 31-32 ‰ and 34 ‰ in the east. The average sea temperature is 9.2 ° C. The water temperature in the south in winter is above 20 ° C.