On the evening of June 15, 2020 (Beijing time), in the Gallevan Valley area on the China-Indian border, the Indian army once again crossed the actual control line for illegal activities. Its provocative attack triggered fierce physical conflict between the two sides, resulting in casualties.

On June 16, 2020, according to the Weibo News of the People’s Liberation Army, the spokesman of the Western Theater Zhang Shuili issued a statement on the conflict between the Chinese and Indian border guards in the Gallevan Valley area: On the evening of June 15, in China and India In the border area of the Gallevan Valley, the Indian army violated its promise and crossed the actual control line again for illegal activities, deliberately launching a provocative attack, which triggered a fierce physical conflict between the two sides, causing casualties. The sovereignty of the Gallevan Valley region has always belonged to me. The Indian border defense forces went back and forth, seriously violating the agreement on the border issues between the two countries and the consensus of the Sino-Indian military commander-level talks, seriously damaging the relations between the two armed forces and the feelings of the two peoples. We demand that the Indian side strictly restrain the front-line troops, immediately stop all infringement and provocative actions, go against the Chinese side, and return to the correct track of dialogue and talks to resolve differences. 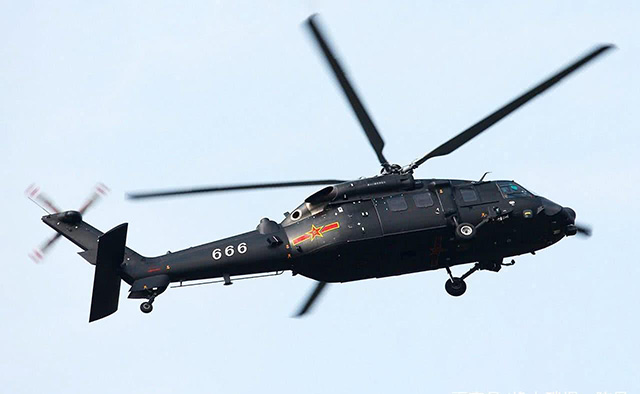 China and India agreed to resolve the border conflict through dialogue. Why has the conflict escalated?

On June 17, 2020, Foreign Ministry Spokesperson Zhao Lijian hosted a regular press conference. Reuters reporters asked questions. Last weekend, there was news that China and India agreed to resolve the border conflict through dialogue, but why the conflict has now escalated ? Is the two sides currently leading the dialogue?
Zhao Lijian responded that regarding your first question, recently, in order to ease the situation in the border areas between the two countries, China and India have maintained close communication through diplomatic and military channels. On June 6, the border defense forces of the two countries held a military-level meeting to reach an important consensus on easing the situation in the border areas. But what is shocking is that on June 15, the Indian forces seriously violated the consensus of the two sides, illegally crossed the line, and provoked and attacked Chinese personnel, resulting in serious physical conflicts between the border forces of both sides, causing casualties. China has lodged strong protests and solemn representations to India in this regard, and once again solemnly demanded that India strictly adhere to the spirit of the relevant consensus, strictly restrain the front-line troops, and refrain from cross-border activities, provocations, and no unilateral actions that would complicate the border situation. . China and India agree to continue to resolve relevant issues through dialogue and consultation, and make efforts to ease the situation in the border areas and maintain peace and tranquility in the border areas. 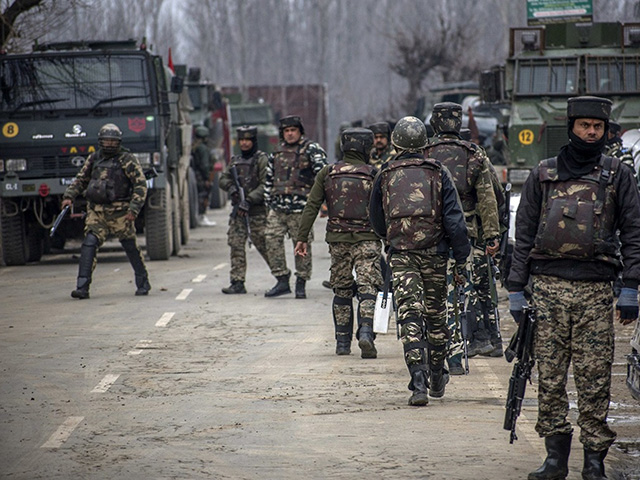 Zhao Lijian said that regarding the second issue, China and India are closely communicating through diplomatic and military channels on resolving related issues.

On June 17, 2020, State Councilor and Foreign Minister Wang Yi held a phone conversation with Indian Foreign Minister Su Jiesheng.
Wang Yi said that on the evening of June 15, the Indian front-line frontier troops openly broke the consensus reached at the military-level meeting between the two parties. Once the situation in the Gallevan Valley has slowed down, they crossed the actual control line again and deliberately provoked, even violent. Attacking the officers and soldiers who negotiated on the spot with China led to fierce physical clashes, resulting in casualties. This risky act of the Indian army seriously violated the agreement reached by the two countries on the border issue and seriously violated the basic norms of international relations. China once again expressed its strong protest to the Indian side. We demand that the Indian side conduct a thorough investigation on this, severely punish those responsible for the incident, strictly control the frontline troops, and immediately stop all provocative actions to ensure that such incidents cannot occur again. The Indian side must not misjudge the current situation and must not underestimate China’s firm will to safeguard territorial sovereignty.

Wang Yi emphasized that both China and India are emerging forces with a population of more than one billion people, and accelerating their own development and revitalization is our respective historical mission. To this end, mutual respect and mutual support is the right way, which is in the long-term interests of the two countries; mutual suspicion and mutual friction is an evil way, contrary to the fundamental aspirations of the two peoples. The two sides should follow the important consensus reached by the leaders of the two countries and strengthen the communication and coordination on the proper handling of the border situation through the existing channels such as the meeting mechanism between the special representatives of the Sino-Indian border and the meeting mechanism of the border defense force, so as to jointly maintain peace and tranquility in the border area.
Su Jiesheng introduced the Indian side’s position and expressed that India is willing to proceed from the overall situation of the relations between the two countries, implement the consensus between the leaders of the two countries with China, peacefully resolve disputes in the border areas through dialogue, and ease tensions in the border areas.
The two sides agreed to deal fairly with the serious events caused by the conflict in the Gallevan Valley, jointly abide by the consensus reached at the military-level meetings between the two sides, cool down the situation on the ground as soon as possible, and maintain peace and tranquility in the border area in accordance with the agreement reached so far between the two countries.

India’s national strength is less than 1/5 of China, China will not give in on the territorial issue

The China-Indian border broke out recently and the most serious conflict since the 1970s caused casualties. An expert on the South Asian issue in the hinterland pointed out that the Indian side revolted after the two sides reached a consensus in early June in an attempt to consolidate its illegal occupation in the Gallevan Valley area, and described India’s move as “delusional delusion”.
In early June, China and India held a military-level meeting to reach a consensus on the peaceful settlement of military confrontation. But on the evening of June 15th, there was another serious conflict on the Sino-Indian border, and it caused casualties for the first time since the 1970s. The Chinese military’s western theater subsequently issued a statement, accusing the Indian army of violating its commitments, crossing the line of actual control, and deliberately provoking attacks, and demanding that the Indian side immediately stop the infringement and provocation. Experts from the hinterland on South Asia have stated that this is a common tactic used by the Indian side to consolidate its illegal occupation of Chinese territory.
Cheng Xizhong: “India’s attempt is very obvious. It is not through a meeting to reach a solution to the confrontation between the two sides. It is through the meeting to further establish a stronghold in the territory of the Gallevan Valley, our territory, and continue to follow the original plan. North Advance”
Cheng Xizhong further clarified that India’s national strength is less than one-fifth of China’s, and trying to pass the “advance policy” to cause China to make concessions on the territorial issue is completely delusional. He emphasized that there is only one way to resolve the military confrontation peacefully, that is, where the Indian soldiers come and go. I believe that the Indian authorities should understand the serious consequences of causing border trouble.
Cheng Xizhong: “I hope that India has realized the seriousness of the problem, and it is impossible to achieve our territory through such a method.”
“We are absolutely impossible for them to establish a stronghold in the Gallevan Valley. We cannot lose an inch of our territory. This is a matter of principle, because this is our bottom line.”

China-Indian border conflict in 1962
Beginning on October 20, 1962, the one-month China-Indian border war broke out in the east and west. The war ended with India’s total defeat. The Chinese border guards voluntarily withdrew to the area within 20 kilometers of the Chinese side of the actual line of control between China and India on November 7, 1959, and released the 7th Brigade Commander of the Indian Army before May 26, 1963. general. Brigadier General Darwe returned the following 3,312 captives and returned all seized weapons and military supplies.
China-Indian border conflict in 1987
The China-Indian border conflict in 1987 was the third border conflict in the history of China and India. Although the incident did not cause a direct military conflict, the tension between the two countries has brought China and India to the brink of war again.
The failure of the China-Indian border war in 1962 made some hawks in India very unconvinced. Between 1982 and 1983, the then Indian Prime Minister Indira Gandhi approved a copy of the Krishna Ra The military plan submitted by Admiral Austria is to accelerate the deployment of troops to the actual control line bordering China. At the same time, India is determined to vigorously carry out defense infrastructure construction.
The Dawang region in southern Tibet has been China’s territory since ancient times, where the sixth Dalai Lama was born, and was later illegally occupied by India. With the lessons of the 1962 war, India is thinking about how to occupy the Tawang region for a long time. After a reassessment, Indian military strategists determined that defending Tawang will be a very important part in future wars. In 1983, India dispatched an intelligence team to the Sandoro Valley pastoral area on the eastern side of the Sino-Indian border for reconnaissance, where they conducted secret intelligence gathering work and monitored the whereabouts of the Chinese army. The Indian intelligence team spent a whole summer in the Sandolo Valley and built a temporary outpost, which is a particularly sensitive location on the Chinese side of the illegal “McMahon Line”. For the next two years, the Indian intelligence services have not relaxed their spying on the Sandolo Valley. In 1986, Indian intelligence personnel reported that the Chinese army had built a semi-permanent building in the Sandolo Valley, and New Delhi was suddenly in an uproar.