2019 is the Chinese Pig Year of the Lunar New Year(2019 Chinese new year).
What is the Year of the Pig and what is the origin?
Pig, a kind of zodiac. The twelve zodiac signs, also known as the genus, are the twelve animals of China and the twelve terrestrial branches, including rats, cows, tigers, rabbits, dragons, snakes, horses, sheep, monkeys, chickens, dogs, and pigs. 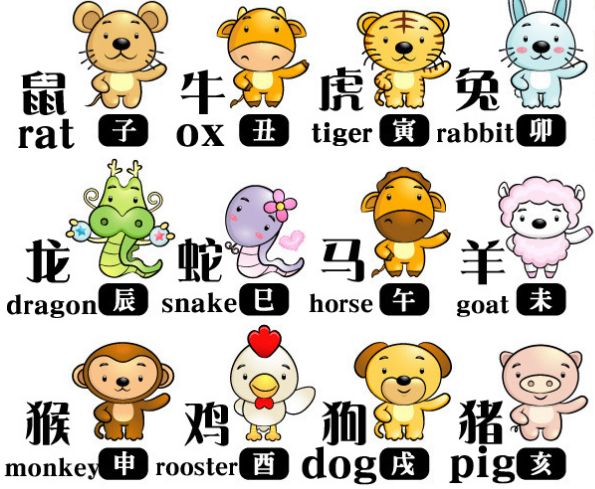 The zodiac signs are the representative representatives of the twelve earthly branches. With the development of history, they gradually merge into the concept of folk beliefs, which are expressed in marriage, life, and annual transportation. Each zodiac has rich legends and Form a system of concept interpretation and become an image philosophy in folk culture, such as the genus of marriage, the prayer of the temple, the birth of the year. Modern, more people use the zodiac as the mascot of the Spring Festival and become a symbol of entertainment and cultural activities.

The origin of the zodiac

How the ancient Chinese chose 12 kinds of zodiac animals was a topic that was circulated in ancient times.
One year in the legend, the Jade Emperor’s birthday, ordered all animals to come to the birthday of the first day of the first month of the first month, and decided to select twelve animals in order of congratulations on the birthday, as the guardian of the road to heaven. And on an annual basis.
According to legend, rats and cats were neighbors at the time, but usually large cats often bullied weak mice. Rats were often only angry and afraid of words. The cat has a snooze problem. After receiving the order from the Jade Emperor, the mouse sneaked out: the chance of revenge for the cat finally came. Sure enough, the cat slammed the door of the mouse house and asked the mouse to wake up to the jade emperor when he wished the birthday. The mouse promised to come down. In order to avenge the cat, the mouse set off quietly in the early morning of the first month of the first month. Although the mouse started very early, it ran very fast, but when it reached the wide river, it faced the water of the Taotao. It was awkward and had to sit on the river and wait for other animals to cross the river and jump on their backs. Use their power to cross the river. After waiting for a while, the earliest cow went silently and step by step to the river. When the mouse yak broke into the water, he jumped agilely into the ear of the cow. The cow was usually praised for being generous and helpful. It does not care about the speculation of rats. After crossing the river, the mouse felt comfortable in the ear of the cow, and saved effort and did not jump down. When the day was near noon, the cow carried the mouse to the door of the Jade Emperor. When the cow just wanted to enter the door, who knows the mouse forced I didn’t hurry to get out of the cow’s ear and jumped to the front of the Jade Emperor. In this way, the mouse finally won the first place. The cow that carried it all the way, only won the second place. Later, tigers, rabbits, dragons, snakes, horses, sheep, monkeys, chickens, and dogs also arrived. Although the pig was stupid, he also arrived on time and was ranked 12th. According to the order in which they were reported, the Jade Emperor gave them the annual rotation, and the order of the Zodiac was determined.

The combination of the zodiac and the hour

What is the English equivalent of the Zodiac

What is the meaning of the English language of the zodiac?

1.鼠 – Rat
In English, it is used to describe people who are disgusting, shameful, informant, secret agent, and destroying strikes; American proverbs refer to new students and inferior women. When you see the phrase smell a rat, it means people are suspecting that they are doing something wrong. A rat race represents fierce competition. Rats desert a sinking ship
2.牛 – Ox
There are many Chinese idioms involving “bull”, such as “playing the cow” and “the hoof of the ox”. There are not many ways to express “Ox” in English. Use Ox-eyed to describe a person with a big eye; use the phrase The black Ox has trod on sb’s foot to indicate that the disaster has fallen on someone’s head.
3. 虎 – Tiger
Refers to the wicked person, the tiger wolf; the British refer to the uniformed groom; the spoken language often refers to the enemy of the game. China and Southeast Asian countries often use Paper Tiger as a metaphor for a seemingly powerful and weak enemy. The phrase ride the tiger means living in a very uncertain or dangerous way.
4. 兔 – Hare
In the English proverb, hare refers to someone who does not buy a ticket by car. The phrase composed with hare is: make a hare of sb. fool someone. Start a hare. In the discussion, the problem of branching was raised. For example: You start a hare ever time at the meeting. Every time you discuss, you ask questions that are not related to the question. There are many slang words about rabbits in English, such as:
1). First catch your hare. Don’t try too early (meaning: don’t be too optimistic).
2). You cannot run with the hare and hunt with hounde. You can’t bother (meaning: don’t play two-faced).
5. 龙 – Dragon
The dragon occupies a lofty position in the minds of the Chinese people. There are many idioms about the dragon, and they contain derogatory meaning. Such as “Long Yue Feng Ming”, “Dragon Tiger Step” and so on. In foreign languages, the words that praise the dragon are very few and contain derogatory meaning. Such as “dragon” refers to violent people, severe people, fierce and strict guardians, fierce old women and so on. The phrase composed of dragon also contains many meanings. Such as dragon’s teeth: the roots of each other’s battles; arranged or multi-layered wedge-shaped anti-tank mixed concrete obstacles. The old Dragon: The devil.
6. 蛇 – Snake
Refers to cold and insidious people, hypocritical people, mean people; American proverbs refer to men or men who fly and deceive girls. It can be seen that in English, “snake” often contains derogatory meaning. Such as:
John’s behavior should him to be a snake.
a snake in the grass.
To warm a snake in one’s bosom.
Takd heed of the snake in the grass.
7. 马 – Horse
People in the United States and the United States like horses very much. Therefore, there are so many phrases, idioms, and proverbs that use the word “horse”. Here are a few examples:
1). get on the high horse.
2). work like a horse. Hard work.
3). horse doctor. Veterinarian, quack doctor.
4). dark horse.
8. 羊 – Sheep
English refers to people who are shy and embarrassed, cowardly, and tamed. There are quite a few slang about sheep.
1). As well be hanged for a sheep as a lamb.
2). There’s a black sheep in every flock.
3). He that makes himself a sheep shall be eaten by the wolf.
4). The sheep who tallks peace with a wolf will soon be mutton.
9. 猴 – Monkey
1) When monkey is used as a noun, it refers to a urchin, a naughty, a monkey-like person, and a person who is vulnerable to deception. Such as: What are you doing, you young monkey !
2) When monkey is used as a verb, it means fooling, fooling, and tricky. Such as: Stop monkeying about with the TV set !
3) The phrases, idioms, and proverbs that match the word monkey are very interesting. Such as: put sb’s monkey up.
Your last word has really put his monkey up
10. 鸡 – Cock
Refers to the leader, the leader, the savvy person, and the phrase composed of cock, such as: Cock of the walk / school.
a cock of the loft / dunghill.
Live like fighting cocke.
11. 狗 – Dog
Chinese is commonly used in “dogs” metaphors, such as “loyal walking dogs”, “watching dogs”, idioms “dogs fly camp”, “dogs are not good” and so on. In addition to the metaphor in English, there are also colorful phrases and proverbs. When dog is used as a noun, it refers to rogues, bad guys, waste, and people who are not loved (or welcomed). Sometimes adjectives can refer to a variety of people, such as: You dirty dog!
a lucky dog.
a dumb dog.
a sly dog.
12. 猪 – Boar
In English, the word boar refers to uncasted boars and male wild boars. The words related to pigs are pig, hog, sow, and swine. The Zodiac uses boar to describe greedy, dirty, selfish people.