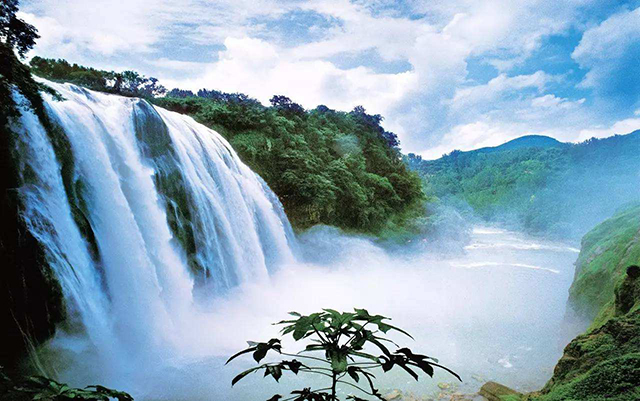 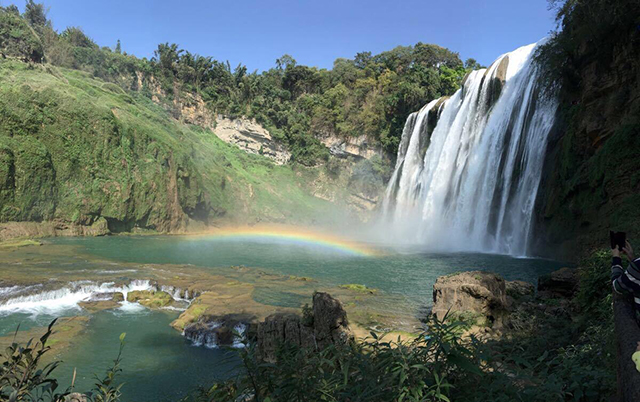 The Chishuidong Waterfall in Chishui is comparable to the Huangguoshu Waterfall. The waterfall is 76 meters high and 80 meters wide. It is praised by experts and scholars as “the wonder of another waterfall in Shenzhou” and is one of the best waterfall wonders in China.
The Chishui Great Falls Scenic Area (also known as Shizhangdong Scenic Spot) is located in the upper reaches of the Fengxi River in the south of Chishui City, Guizhou Province. It is more than 30 kilometers away from the urban area and is a key component of the national AAAA-level scenic spot and the scenic spot of Chishui National Scenic Area. 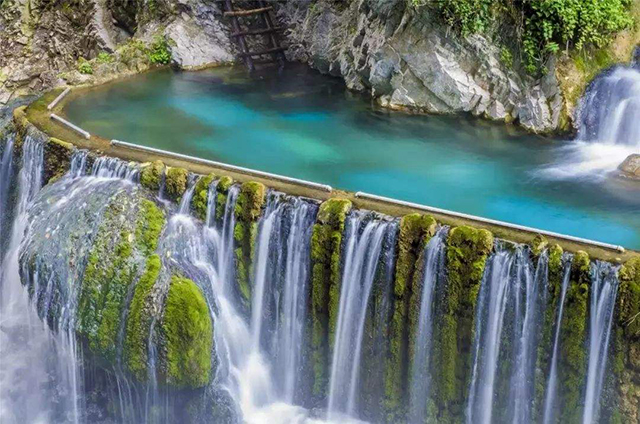 The Luoji Jiujiuli Hot Spring Waterfall is located at 39 kilometers south of Xichang City, the capital of Liangshan Prefecture. It is a national key scenic spot and a national 4A tourist attraction. The Luoji Jiujiuli Hot Spring Waterfall is the most concentrated area of Luoji Mountain. It is the core scenic spot of Luoji Mountain, and it is also known as the three major tourist attractions of Liangshan Prefecture. The core scenic spot is ninety-nine miles long, one scene and one scene, hence the name Ji ji ninety-nine miles. 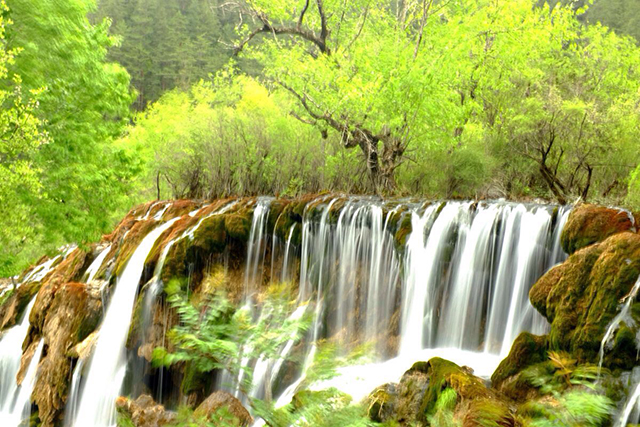 From the mouth of the ditch, through the devil’s rock, the trees are in the middle of the sea, and then up the second and third miles, the tourists will hear the sound of the water, deafening, and the fog will burst into the air. At first glance, a waterfall with a width of 50 meters and a height of more than 20 meters is rushing from the ancient trees. Above the waterfall, there are many trees blocking the diversion. This waterfall, which is found in the cliffs, is It is a tree waterfall.
This peculiar waterfall landscape is indeed enough to make people who travel a lot of people marvel. The waterfall that turned over the snow wave, with the vigorous old trees, formed a strong contrast, but combined into a harmonious natural picture. Some people describe the beautiful scenery of the Shuzheng Waterfall: the curved trunk of the old-fashioned ancient wood is half-immersed in the waterfall, and the waterfall of white flowers is washed away, like a fairy with naked hair and naked body. Bathe and play in the holy water. The magical scenery of nature can sometimes make people stand in the Paradise of Eden! 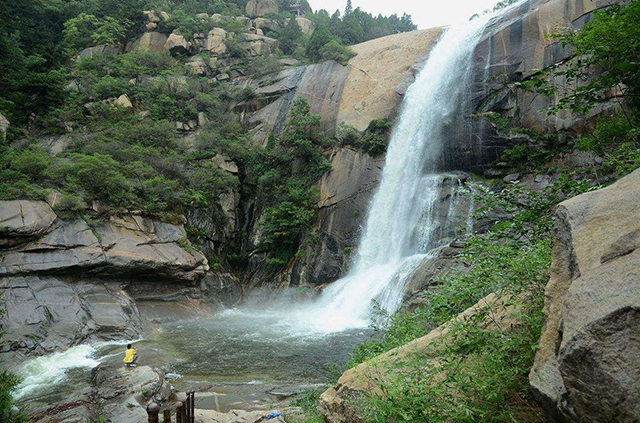 Taishan Black Dragon Pool is located on the Baizhang Cliff of Xixi. There are waterfalls flying down the stream, and the sound is like thunder, like a thousand-foot silver chain hanging. The waterfall pours all the year round, hitting the cliff and forming a pool. The legendary pool and the East China Sea Dragon Palace pass, and the dragon is free to come, hence the name “Black Dragon Pool”. “Longtan Waterfall” is one of the famous scenic spots in Taixi. 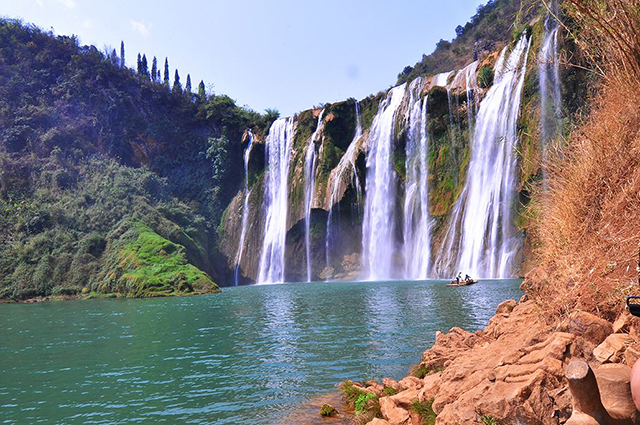 The Jiulong Waterfall is wide-ranging, multi-level, poor, and rich in landscapes. It is layered and self-contained, giving people a feeling of illusion. The authoritative news organization of experts and scholars organized by China National Geographic is selected as China. The most beautiful waterfall has become a tourist destination that tourists yearn for. 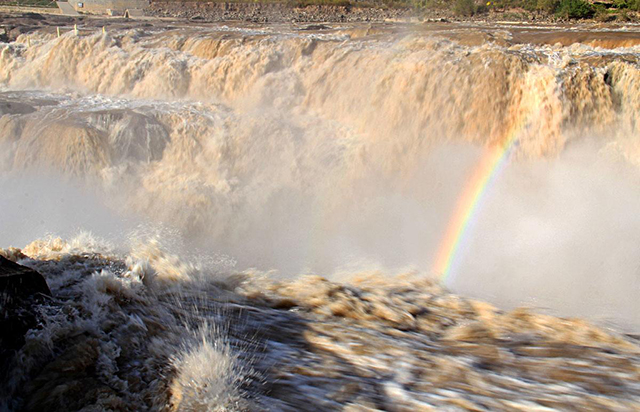 Detian Waterfall is located in Detian Village, Shuolong Town, Daxin County, Guangxi, China. It is a national special attraction. It spans two countries of China and Vietnam, between Iguazu Falls and Zambia-Zimbabwe between Brazil and Argentina. After Victoria Falls and the United States-Canada Niagara Falls, it is the fourth largest in the world and the largest transnational waterfall in Asia. The waterfall falls at three levels, with a maximum width of more than 200 meters, a depth of more than 60 meters, a drop of more than 70 meters, and an average annual flow of 50 cubic meters per second. The geology of the site is thick layered dolomite. It is the largest natural waterfall in Southeast Asia and has been designated as a special attraction by the country. 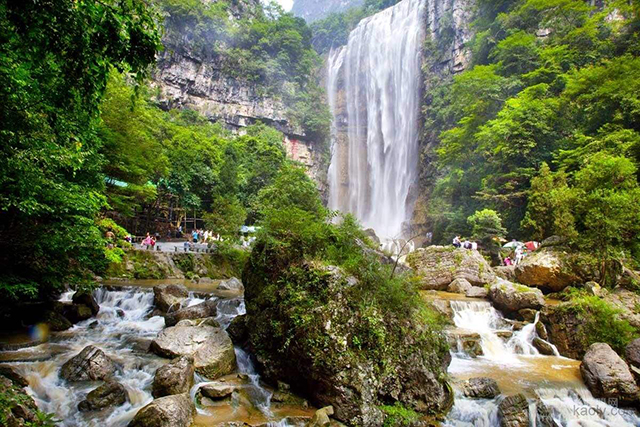 The Three Gorges Waterfall is a national 4A-level scenic spot and a must-see for Shennongjia. It is a natural geological museum that displays many geological times such as the Sinian, Ordovician, and Cambrian. It is also a rare national geological park integrating canyons, caves, landscapes, and fossil cultures. Water show, cave odd, waterfall beauty. Walking into the scenic spot is like unfolding a beautiful landscape painting. It is completely far away from the dust and noise of the city. Walking through the woods, you can breathe the air with negative oxygen ions without any pollution. You will Just like being in the world, forgetting all the troubles, you can only understand one word – “secret”. The mountains are like mountains, the canyons are deep, the rocks are thick, the waterfalls are stacked, the native plants are flourishing, the ecological environment is primitive and natural, and the natural landscape is unique. The creeks in the canyon are constantly flowing, forming more than 30 different shapes of waterfalls embedded in the canyon. The most spectacular one is the Three Gorges Waterfall with a height of 102 meters and a width of 80 meters. It is a unique zero-distance “crossing” waterfall in the country. Let people fully feel the joy and excitement of “collective wetness”, which is intoxicating and lingering. 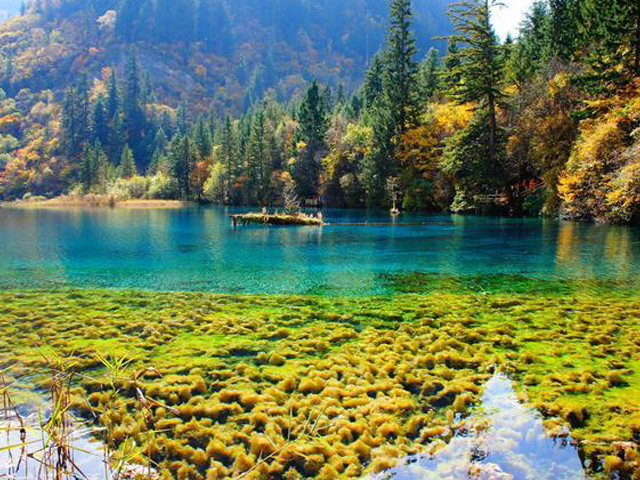 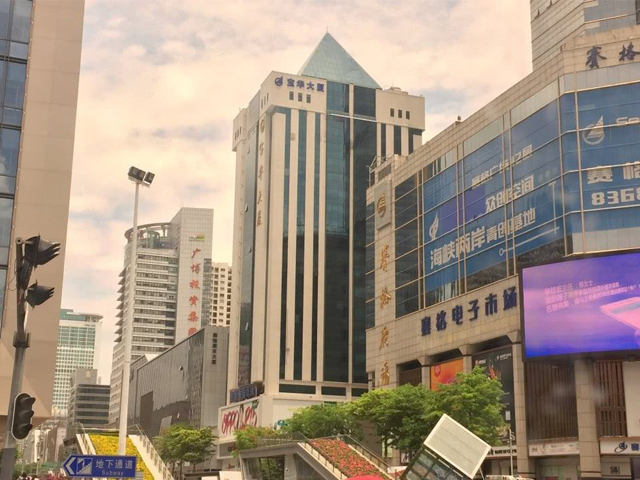