The top ten most Obscure dialects in China are the most difficult to understand Chinese dialects summarized by netizens. Friends posted “China’s Top Ten Most Difficult Dialects” on Weibo, ranking first in Wenzhou. 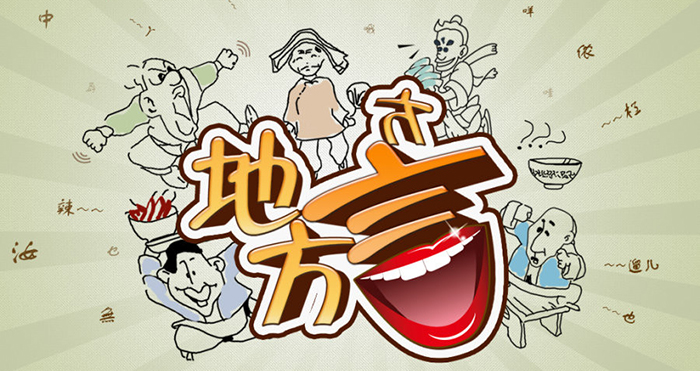 Top 10 Most Obscure Dialects In China:

I wonder if you have heard of such a sentence, saying that it is not afraid of fear, and I am afraid that Wenzhou people will talk about ghosts.
Among the top ten dialects in China, Wenzhou dialect ranks first.
It is said that in the War of Resistance Against Japanese Aggression, the Eighth Route Army forces contacted each other because of the need for secrecy. They sent two Wenzhou people to make telephone or walkie-talkie connections, and the Japanese devil’s intelligence department could not translate the extremely complicated pronunciation of Wenzhou. In other words, it can be said that the Wenzhou people at that time, like the wind slogans in the American blockbuster, played a considerable role in the victory of the Anti-Japanese War. (From the author of Wenzhou Dialect, Mr. Shen Kecheng)
At the same time, Wenzhou dialect played an excellent role in the counter-attack against Vietnam. At that time, the Vietnamese army had a lot of agents. Our military used Mandarin and Cantonese, and they were all deciphered by the enemy. On January 15, 1985, at the pre-war deployment meeting of the Sino-Vietnamese border, the head of the company asked the company to communicate with Wenzhou dialect. After that, all the correspondents around the cadre-level cadres were replaced by Wenzhou people. In the end, the thrilling “115” The battle was a great success. At the post-war summary meeting, the head of the minister also praised the confidentiality of the Wenzhou dialect battle.
In the American drama “Blind Point”, Wenzhou dialect is called “Devil’s Word” because of its incomprehensible characteristics.

Tiê-chiu-uē, also known as Chaoshan dialect, is distributed in the Chaoshan area on the eastern coast of Guangdong Province (Chaozhou City, Jieyang City, Shantou City, Fengshun County) and the overseas gathering place of Southeast Asian countries. .
The characteristics of Chaoyu are summarized as special grammar, rich vocabulary, unique phonology and many ancient semantics. For example, modern Chinese is a four-word spelling, but the Chao language still retains the phonological system of the octave. The pronunciation is complicated. In the past, there were sixteen tones (actually sixteen initials), which are now octaves and doped with dialects. Too many people are not easy to learn; in the Chao language, the guests are called guests, the hen is called the chicken mother, the typhoon is called the wind platform, the walking is called the road, the iron pot is called the tripod, the bottle is called 樽, etc.; the ancient Chinese language is kept intact, the tide Words are polysemy, a word of “food”, which includes all oral eating actions such as drinking, eating, drinking, sucking, sucking, etc., such as eating (sucking) smoke, eating (drinking) wine, eating (啃) cane, Eat (drinking) water, etc., and each has its own pronunciation.
The Chao language is simple and elegant, and has the above characteristics. It has already attracted the attention of linguists at home and abroad, and there are many people who study Chaozhou dialect. There are also many monographs, dictionaries and dictionaries about Chaozhou dialect. Chao language has been valued by more and more linguists. “Chaozhou Yin Dictionary”, as well as “Chaoyu fifteen notes” and other monographs on local languages. The complete set of text reading system of Chaoyu has gradually merged with modern Chinese and penetrated each other, so that the tidal sound retains its own unique phonology, and it is not difficult to understand.
“Chaozhou nine counties, county and county have a language”, said that the old Chaozhou government belongs to nine counties, each county’s Chaozhou discourse has different characteristics. This also reflects the differences within Chaozhou dialect.
There is another rumor about the mysterious degree of Chaozhou dialect that is difficult to break. In the past, when the Chinese aided Vietnamese soldiers were in the Vietnam War, in order to prevent communication signals from being intercepted by the US military, many Chaozhou soldiers used Chaozhou dialect as a communication language. good.
Chaozhou dialect has eight syllables (the modern Chinese Mandarin dialect is four-tone), and the older dictionary has “Chaoyu fifteen-tone”, followed by “Tide Dictionary”, modern Chaozhou octave and various research works.

Cantonese is rooted in the ancient Central Plains, with nine sounds and six tones, which perfectly preserves the characteristics of ancient Chinese and is the most complete language for retaining Middle Chinese. In academia, it is the only Chinese language that has independent research in foreign universities except Mandarin. The pronunciation of Cantonese is powerful and the tone is humorous. It feels like singing, but it can understand Cantonese. It is very difficult for non-natives. There are many differences between vocabulary pronunciation and Mandarin. Everyone is Cantonese Cantonese (Guangzhou dialect) in Cantonese, and Cantonese in Hong Kong is not authentic. It is easier to learn the subtitles. After all, it is standard Cantonese, but Cantonese has many regional dialects. For the Cantonese and Guangxi people, It is difficult to understand, because the Pu language is difficult to understand, and it is completely incompatible with Guangzhou dialect. After spending some time in Guangzhou, you will gradually understand and like this attractive language.
In addition, the words “guests are called guests, hens are called chickens” and “food (sucking) smoke, food (sweet), cane, food (drinking), etc.” are also useful in Cantonese.
Difficult to understand the index 9.5, the upper index 3.

The Hakka language is generally believed to have been initially established in the Southern Song Dynasty, and it was not until the 20th century that it was named Hakka. Linguists still have some controversy about the attribution of this to Chinese dialects, or as a language; especially in China, it is considered one of the seven major dialects of Chinese. In the academic research of language, Meizhou dialect of Meicheng District (Meijiang District and Meixian District) is represented by Meizhou dialect, but in reality, Huiyang dialect has a greater influence; in Taiwan, four counties are represented.

The pronunciation of Leizhou dialect is very similar to that of Thai. Local people can say that most of the Leizhou dialect can understand Thai. (Native speakers correct: not similar, most locals can’t understand, there are many Pali words in Thai, Leizhou dialect There are some commonalities with the Chaoshan dialect).
Difficult to understand the index 9, the upper index 3.

There are 18 cities and counties in the Mindong area, which roughly includes the historical sites of Fuzhou and Funing. This band belonged to Fuzhou Road at the beginning of the Yuan Dynasty. In the second year of Ming Hongwu (1369), Fuzhou Road was changed to Fuzhou Prefecture, and Fuzhi Prefecture was governed by Fuzhou. It governed 13 counties, equivalent to the scale of modern 18 counties and cities. In the nine years of Ming Chenghua (1473), Fu’an, Ningde, Xiapu and other counties were first designated as Funing Prefecture, and directly under the jurisdiction of the Chief Secretary; in the second year of Qing Emperor Yongzheng (1724), Fu Ning was the government, and the political area was consistent. The long-term common political, economic and cultural life, with the commonality of language, forms the common feature of Mindong language. The Fudong dialect of Fuqing and Pingtan has some characteristics of Taiwanese in terms of phonology and vocabulary. What local dialects don’t have.

Shaanxi dialect (this is a pseudo-concept that does not exist, Shaanxi dialect includes Jin language in northern Shaanxi, Guanzhong Zhongguan official Guanzhong film and southwestern Mandarin in southern Shaanxi).
Shaanxi is one of the birthplaces of the ancient Chinese culture. From the Western Shaanxi dialect, we can not only glimpse the development track of the ancient Chinese culture, but also appreciate the true feelings of today’s people. Because the geographical features of Shaanxi are narrow in things from north to south, the local dialects are very different, and even the same sentence has different meanings because of the different speeds of the bite.
Difficult to understand the index 6.5, the upper index 6.