2018 is a special year left in the history of Chinese cinema. This year, domestic films have emerged with the trend, and a number of very good domestic movies have appeared. 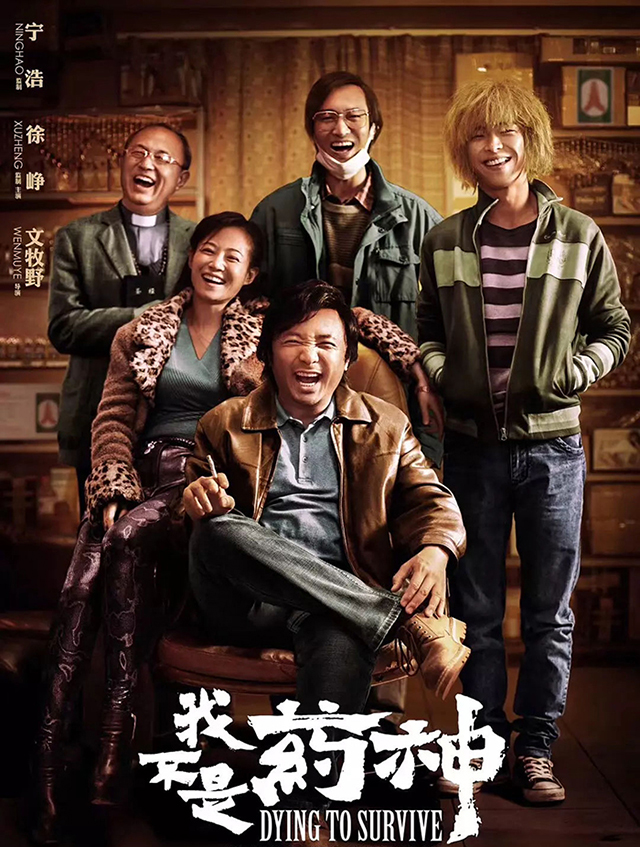 This drama, directed by Wen Muye, Ning Hao, Xu Wei, Xu Wei, Zhou Wei, Wang Chuanjun, Tan Zhuo, Zhang Yu, Yang Xinming, etc., was adapted according to the real event “Lu Yong Case”. The film deeply depicts the real life of the grassroots group represented by Cheng Yong. The story of the tough and tenacious life of the small characters vividly demonstrates the full humanity of the small characters and has won the resonance of the audience.
The film is the highest score of domestic film this year, the Douban score of up to 9.0, the total box office of 3.99 billion yuan. 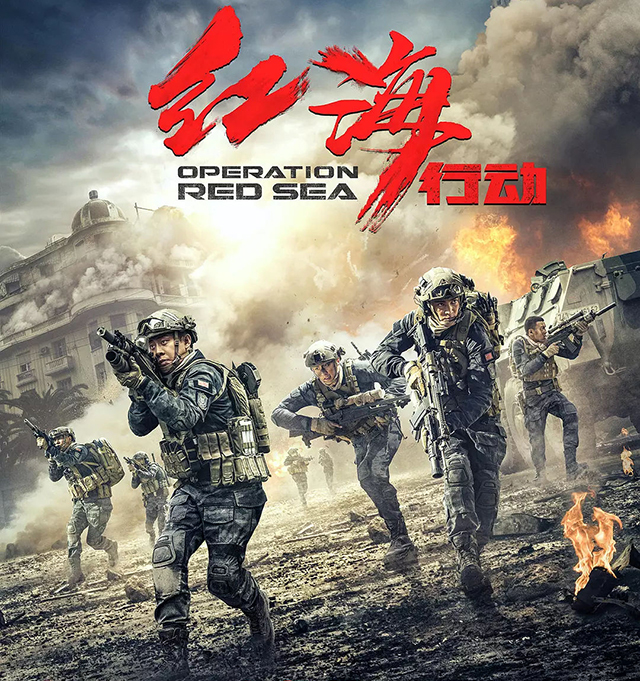 This is another film after the “War Wolf” that tells the Chinese soldiers to perform their duties overseas, defending the honor with faith and blood, and showing the Chinese soldiers who love peace, stubborn and unyielding, and not afraid of sacrifice. The film director Lin Chaoxian is starring Zhang Yi, Huang Jingyu, Hai Qing, Du Jiang and Jiang Yuxia. In recent years, the action films that carry out overseas missions on military subjects are very popular. The film satisfies the national pride of the powerful rise of the Chinese nation. The dignity of the great powers, the responsibility of the great powers, and the power of the big country run through. Look at the film to make people excited, a word “burn”! 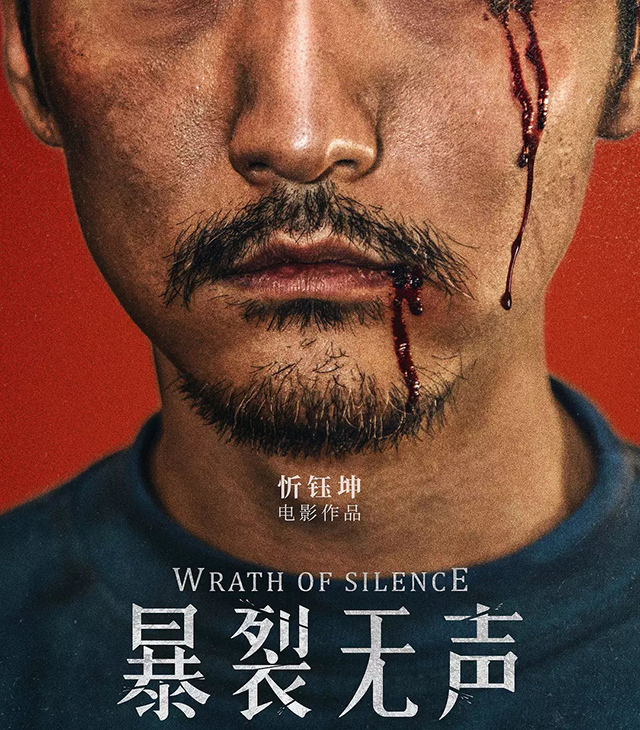 This suspense film directed by the new post-80s director Qian Kun is not blindly pursuing suspense, but focuses on presenting the behavior and relationship of the characters in front of the audience through the lens. Through these shots, revealing the deep human nature. This is very evident in the role of the mine boss played by Jiang Wu. There are only black and white and right and wrong in the eyes of the child, and the advantages and disadvantages are weighed in the eyes of the adults. Three men, one is a good person, one is a bad person, and there is a gray person who is left and right in the interests. 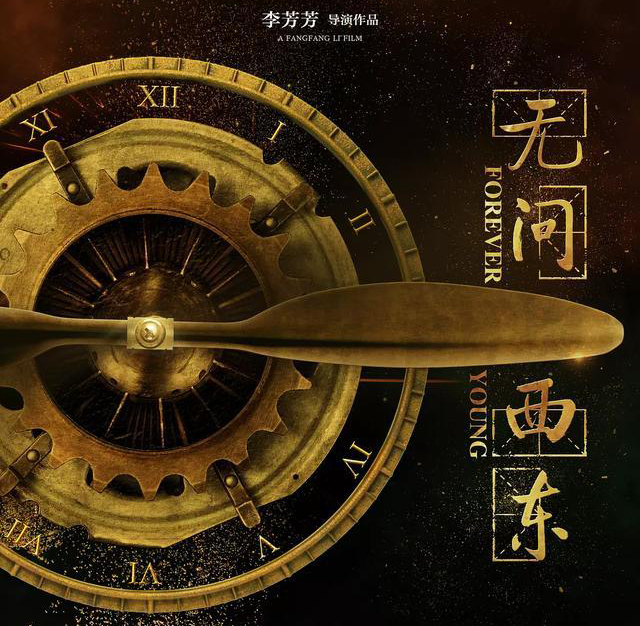 “If you understand the life you are facing in advance, will you still have the courage to come? Wu Lingqi, Shen Guangyao, Wang Minjia, Chen Peng, Zhang Guoguo, several young people full of many desires, in four extraordinary Time and space go all the way.” “Nothing to ask about the West” is a good work, and is a good work that sublimates the theme. This film tells the type of record of Tsinghua University’s century-old storms. After the release, I received a lot of praise. Even the film has many shortcomings and infinite exaggerations. But it does not prevent this from being a qualified work. The real case that originated from life is only particularly careful in the later stage. This unintentionally provides a slot for the majority of fans. It is also unintentional. 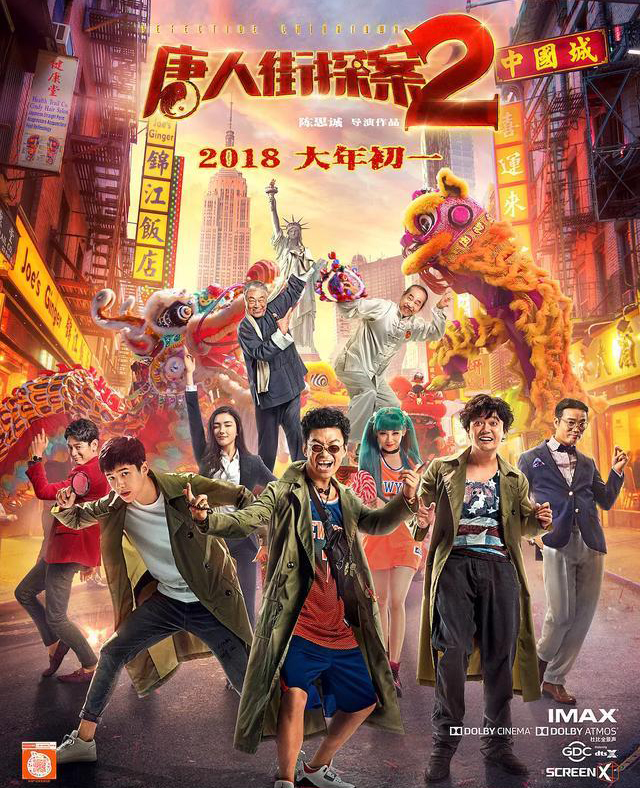 “Chinatown Detective 2” is the second series of the Tangren Street Detective series, directed by Chen Sicheng, starring Wang Baoqiang, Liu Yuran, Xiao Yang, Wang Xun, Liu Chengyu, Shang Yuxian, Yuan Hua, Wife Mu Cong, and Michael Pitt. sheet. The film tells Tang Ren’s huge bonus to deceive Qin Feng to New York to participate in the World Detective Contest. The content of the game is to find the murderer who killed the grandson of the 7th Uncle of Chinatown. The two combined the case again and risked their lives to overturn the story of New York. 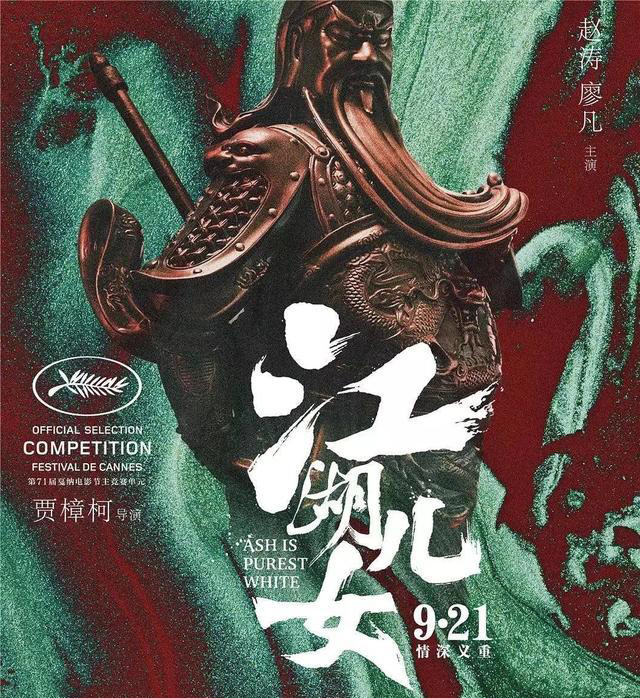 The film tells a love story spanning 15 years. In 2001, Datong, Shanxi, the model clever coincides with the owner of the taxi company Bin Ge. The two people’s feelings are going well, and they hope to get married as soon as possible, but Bin Ge often calls out friends and friends, and the style is very rough, which quickly attracted the attack of competitors. Coincidentally found a gun in the bin brother, in order to protect Bin brother, cleverly shot on the street, and finally was arrested in prison for 5 years. After being released from prison for five years, Qiaoqiao began to look for Bin brother to continue their feelings, but the accident happened one after another. Hot love, unprepared crimes, the film has a lot to watch. 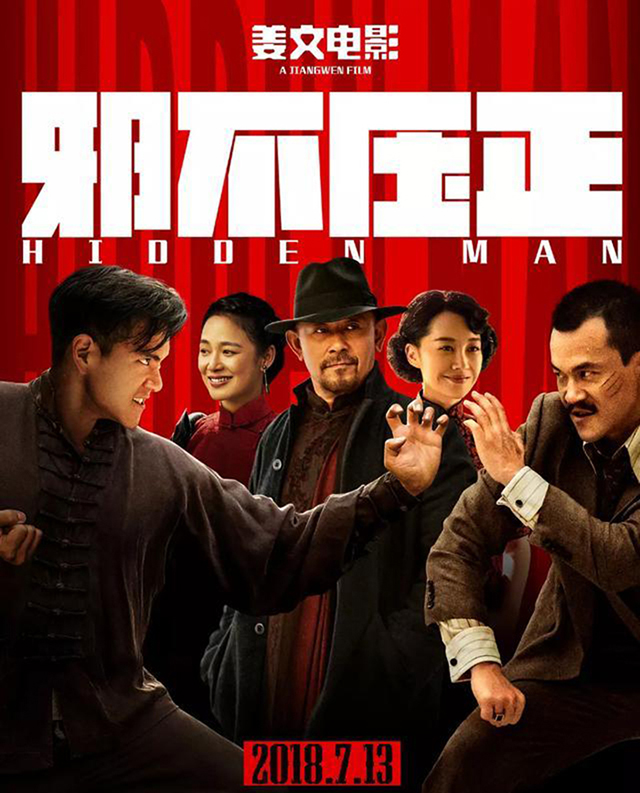 Before the outbreak of the “July 7 Incident” in 1937, the “dark moment” of Peiping City, a special agent Li Na, who was born with great hatred and returned from the United States, was the ultimate revenge in the conspiracy of the national disaster. . 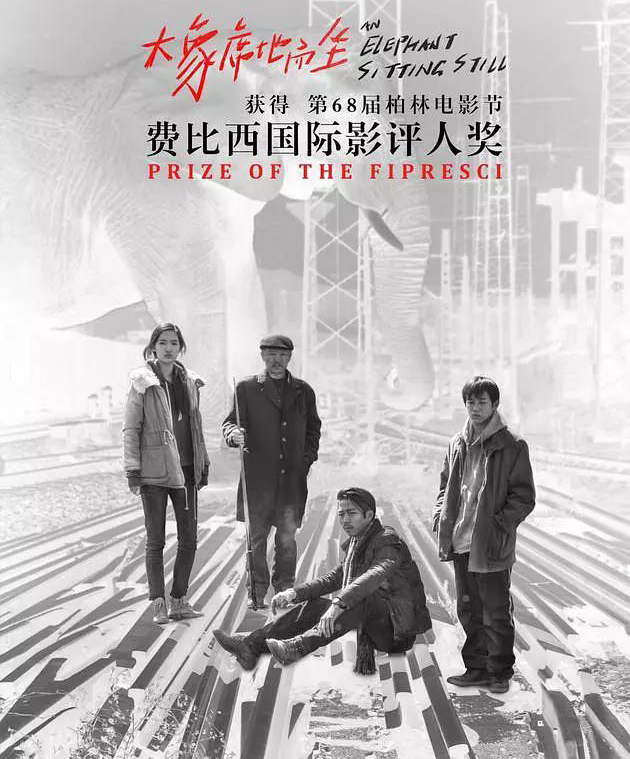 This film is the first feature film by director Hu Bo; therefore, he also received a special mention of the Best Debut Award at the Berlin Film Festival. However, at the scene of the award, Hu Bo did not show up, but his mother took the award on his behalf. This world-recognized film is the first film in Hu Bo’s life; it is also the last one. In the apartment outside the Fifth Ring Road in Beijing, Hu Bo decided not to reconcile with the world. He ended his short 29-year life with a long rope.

Unparalleled is the best Hong Kong movie ever seen in recent years. Although there is such a regional qualifier, it is very difficult to get. Although the plot has a tribute to “very suspect”, but from the rhythm, role, details, the core of the plot … are very “Hong Kong movies.” In the sturdy relationship of the characters, it seems as if the sharp knife is in the flesh, and a few strokes are made back and forth, and the knife is seen and the knives are lifted. It makes you erect the whole body. In the film, the section of the brother of the brother, as if to see the “Little Horse”, handsome! 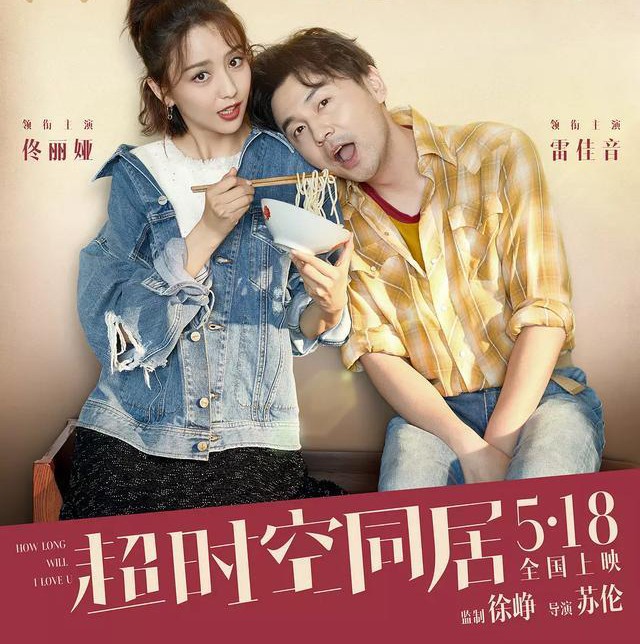 A rare domestic love comedy, Lei Jiayin is responsible for the funny, Yu Liya is responsible for the value. There is no loss of warmth in the funny, and there is a little human desire in the mystery. If life has come again, will there be another scene? As a pure comedy, it is also very hilarious, but the logical loopholes across time and space are still quite obvious. In addition, Lei Jiayin is really a smile. 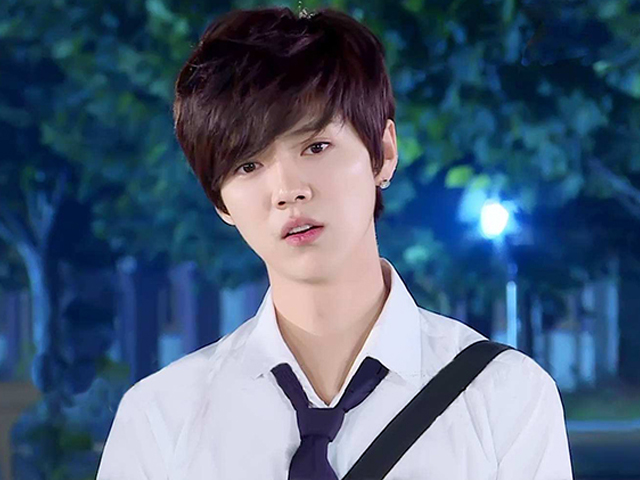 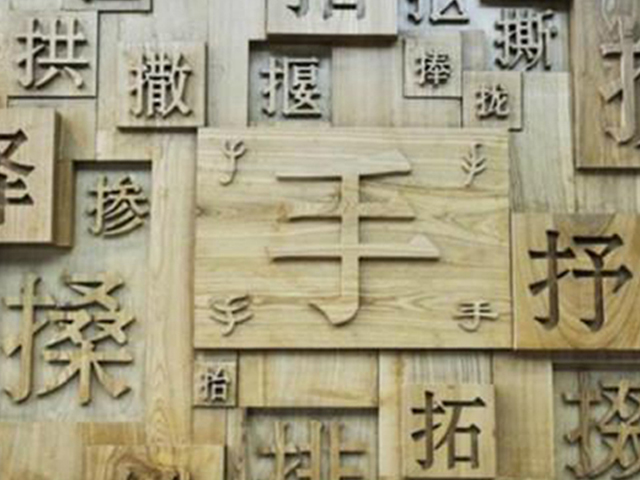