China is an ancient civilization with a history of writing for thousands of years. With the development of society, there have been many cities of considerable scale in China’s vast territory, especially the capitals of the dynasties. Because of their special status, they are also constructive. These ancient capitals, regardless of the scale of the building, the architectural mode or the architectural style, have their own unique features, often showing the highest level of construction at the same time, and have a special impact on the buildings of other cities in the country. Therefore, it can be said that the ancient capitals The history of architecture is a relatively complete history of urban architecture.8 Ancient Capitals In Chinese History are 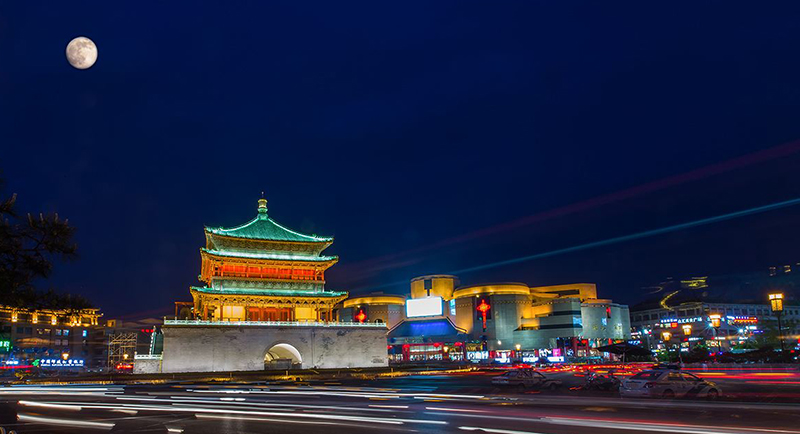 Xi’an, known as Chang’an and Yujing, is the capital city of Shaanxi Province, the sub-provincial city, the core city of Guanzhong Plain, the starting point of the Silk Road, the core area of ​​the “Belt and Road”, and an important central city in the western part of China. Education, industrial base. Xi’an is one of the four ancient capitals of China. It was established by the United Nations Educational, Scientific and Cultural Organization in 1981 as one of the world’s top ten ancient cities. It is located in the middle of the Guanzhong Plain, Beibei River, south of the Qinling Mountains, and Liushui Run Chang’an.
Xi’an is an important birthplace of Chinese civilization and the Chinese nation. Chang’an has been the emperor of the ancient times, and it has successively built the capitals of the Western Zhou Dynasty, the Qin Dynasty, the Western Han Dynasty, the Xinyi, the Eastern Han Dynasty, the Western Jin Dynasty, the former Zhao, the Qianqin, the Later Qin, the Western Wei, the Northern Zhou Dynasty, the Sui Dynasty and the Tang Dynasty. Fengdu Ducheng, Qin Afang Palace, Terracotta Warriors, Han Weiyang Palace, Changle Palace, Daxing City, Tang Daming Palace, Xingqing Palace, etc. outline the “Changan Complex.”
Xi’an is one of the best tourist destinations in China and one of the best cities in China’s international image. Two of the six heritage sites are listed in the World Heritage List: Qin Shihuang Mausoleum and Terracotta Warriors, Big Wild Goose Pagoda, Small Wild Goose Pagoda, Tang Chang’an The ruins of Cheng Daming Palace, the site of the Hanyang Palace in the Han Dynasty, and the tower of Xingjiao Temple. There are also Xi’an City Wall, Bell and Drum Tower, Huaqing Pool, Zhongnan Mountain, Datang Furong Garden, Shaanxi History Museum, Beilin and other attractions. 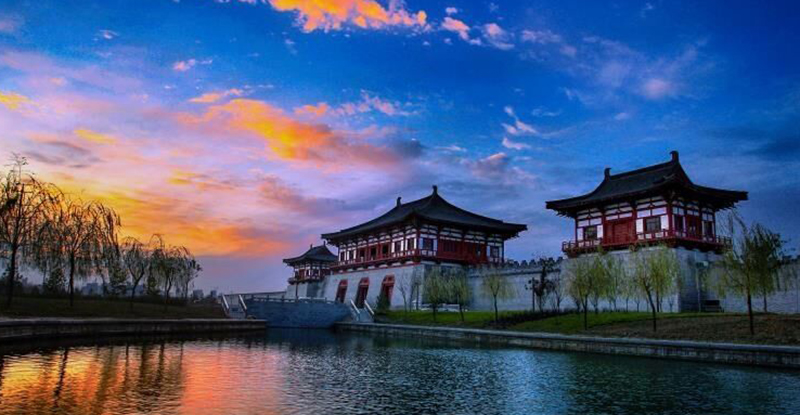 Luoyang, formerly known as Xiqiao, Luojing, Xiangyang, Luojing, Jingluo, Shendu, Luocheng, etc., is located in the west of Henan Province and the middle and lower reaches of the Yellow River. It is named after the Yanghe River. It was the first batch announced by the State Council. National historical and cultural city, one of the four ancient capitals of China, a world famous cultural city.
Luoyang has more than 5,000 years of civilization history, more than 4,000 years of city history and more than 1,500 years of history, Xia Dynasty, Shang Dynasty, Western Zhou Dynasty, Eastern Zhou Dynasty, Eastern Han Dynasty, Cao Wei, Western Jin Dynasty, Northern Wei Dynasty, Sui Dynasty, Tang Dynasty, Wu Zhou, Hou Liang, The Tang Dynasty, the post-Jin and other 13 dynasties were built in Luoyang. They are known as the ancient capital of the 13th Dynasty. There are 43 national key cultural relics protection units and more than 400,000 pieces of cultural relics.
Luoyang is one of the birthplaces of the Chinese civilization and the Chinese nation. It is the eastern starting point of the Silk Road in the Eastern Han Dynasty, Cao Wei, Western Jin, Northern Wei and Sui and Tang Dynasties, and the central hub of the Sui and Tang Dynasties. Peony is famous for its Luoyang, and it is known as “Luoyang Peony A World”. It is known as “The Millennium Emperor, Peony Flower City” and the Chinese Luoyang Peony Culture Festival is famous both at home and abroad.
As of 2015, Luoyang has four world cultural heritages. There are Xiadu Erlitou Site, Yanshi Mall Site, Xizhoucheng Zhoucheng Site, Dongzhou Wangcheng Site, Hanwei Luoyang City Site, Songyang Luoyang City Site, etc. along the banks of the Luohe River. The ruins of the six capitals. There are 5 scenic spots in 5A and 16 scenic spots in 4A. 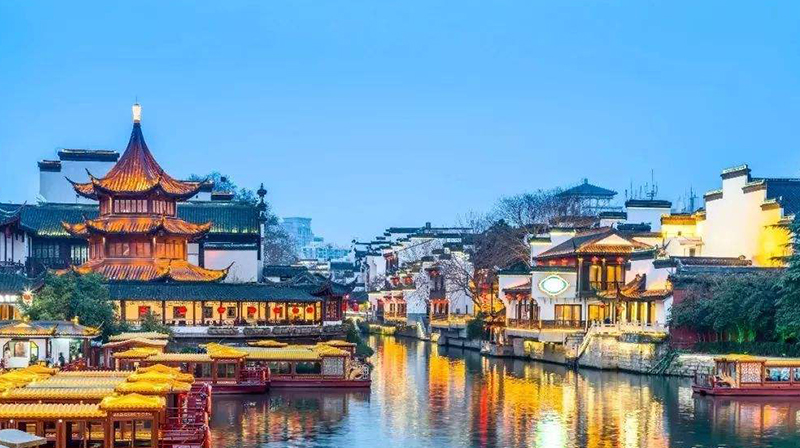 Nanjing, referred to as “Ning”, is called Jinling and Jiankang. It is the capital city of Jiangsu Province, the sub-provincial city, and the core city of Nanjing Metropolitan Area. The important central city in the eastern part of China, the national important research and education base and the comprehensive transportation hub approved by the State Council. .
Nanjing is located in the eastern part of China, the lower reaches of the Yangtze River and the lower reaches of the Lancang River. It is the headquarters of the Eastern China Theater Command, the Yangtze River International Shipping Logistics Center, and the Yangtze River Delta radiates the important gateway city for the development of the central and western regions. It is also the eastern coastal economic belt and the Yangtze River Economic Belt. An important node city where strategic convergence.
Nanjing is China’s four ancient capitals, the first batch of national historical and cultural cities, and is an important birthplace of Chinese civilization. It has been the only one in the four ancient capitals that has not been the capital of the alien regime. It has long been China. The political, economic, and cultural center of the South. Nanjing has an ancient human activity as early as 1 to 1 million years ago. There were Nanjing monks living in Tangshan between 350,000 and 600,000 years ago. It has a history of more than 7,000 years of civilization, a history of nearly 2,600 years, and a history of nearly 500 years. “The ancient capital of the Six Dynasties”, “the capital of the ten dynasties”. 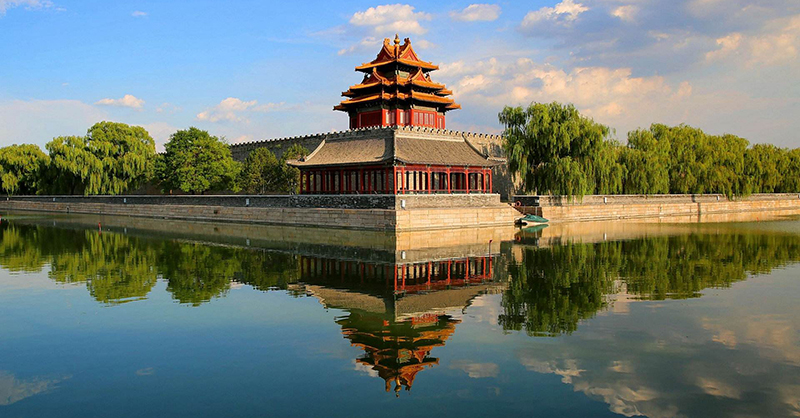 As the political and cultural center of China, Beijing is also the capital of many dynasties in history. Beijing is a famous city with a history of more than 3,000 years. It has different titles in different dynasties. It is roughly worth more than twenty names. 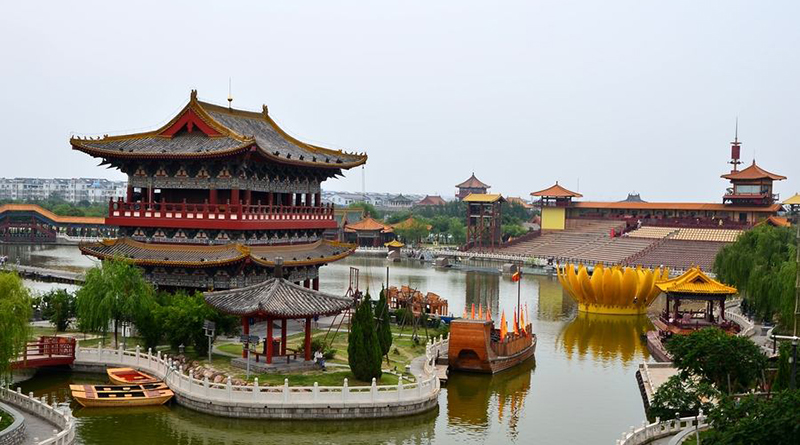 Kaifeng, known as Laoqiu, Daliang, Chenliu, Zhangzhou, Tokyo, Yujing, Yuliang, etc., referred to as the county-level city of Henan Province, is located in the hinterland of the Central Plains, the coast of the Yellow River, adjacent to the provincial capital Zhengzhou, the east It is connected to Shangqiu, Xuchang and Zhoukou in the south, and the Yellow River and Xinxiang in the north. Kaifeng is one of the first national historical and cultural cities, one of China’s five ancient capitals, and the famous ancient capital of the Eight Dynasties.
Kaifeng has four characteristics: “rich cultural relics, long urban pattern, rich ancient city style and unique northern water city”. So far, there have been more than 4,100 years of history of building cities and capitals, including the Xia Dynasty, the Warring States Period, the Wei State, and the Five Dynasties. Houliang, Houjin, Houhan, Houzhou, Song Dynasty, Jinchao and other dynasties successively set the capital here. It is known as the ancient capital of the Eight Dynasties, and it has nurtured the “Song Culture” which has a profound influence on Han and Tang Dynasties. Kaifeng is the only city in the world where the central axis of the city has never changed. The ruins of Chenghuang City are rare in the history of world archaeology and the history of the capital. Tokyo City, the capital of the Song Dynasty, was the largest city in the world at that time. 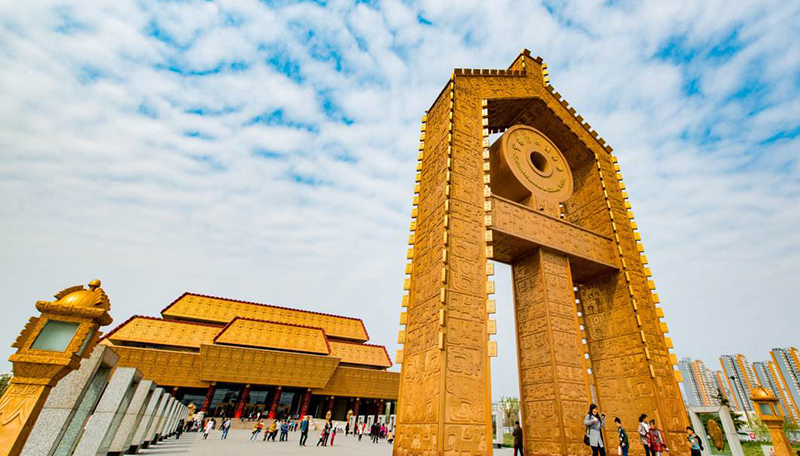 Anyang, anciently known as Yin, Yi, Xiangzhou, and Zhangde, is a prefecture-level city in Henan Province. It is located in the northernmost part of Henan Province, at the junction of the three provinces of Henan, Shanxi and Guizhou. It is located in Taihang Mountain in the west, Fuyang in the east, and in Hebi and Xinxiang in the south.
Anyang is a national historical and cultural city and one of the six ancient capitals of China. The sixth monarch of the Xia Dynasty moved the capital from Laoqiu (now Kaifeng Guoduli Village) to Xihe (now Anyang Tangyin Xihe) for about 35 years. The twelfth monarch of the Shang Dynasty, the river armor, moved to the phase (now Anyang East) for 9 years. The 20th monarch of the Shang Dynasty, Pan Geng, was in the 14th year of his reign. He was moved to Beimeng (now Yindu District of Anyang City) and renamed “Northern Mongolia” to “Yin”. In the fifteenth year of Pan Geng’s reign, he built Yin Yin. In the middle and late Shang Dynasty, the capital was built 282 years ago. Yin Ruins in Anyang is the earliest ruins in China that have been documented and are confirmed by archaeology and Oracle. Anyang is the place where Oracle found, the birthplace of Zhouyi, and there are two world cultural heritages in Yinxu and China’s Grand Canal Weihe (Yongji Canal). 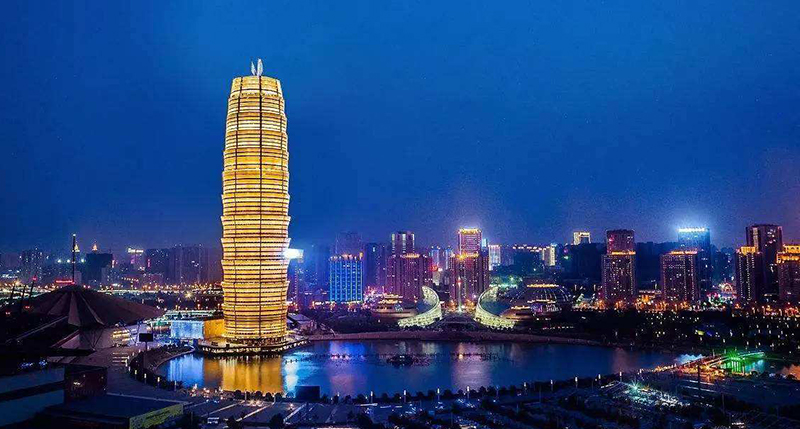 Zhengzhou, referred to as Zheng, is known as Shangdu, is an important central city of Henan Province, an important central city in central China, a megacity, an important national transportation hub, a trade and logistics center, a central city of the Central Plains, and a national garden city. It is located in the central part of Henan Province. North.
Zhengzhou is an important birthplace of Chinese civilization, a national historical and cultural city, one of China’s eight ancient capitals, and one of the country’s six major ruins. In the history of Zhengzhou, it has been the capital for five times. It is the hometown of the Chinese ancestor Xuanyuan Huangdi. It has nearly 10,000 immovable cultural relics, including 2 world cultural heritages and 74 national key cultural relics protection units. 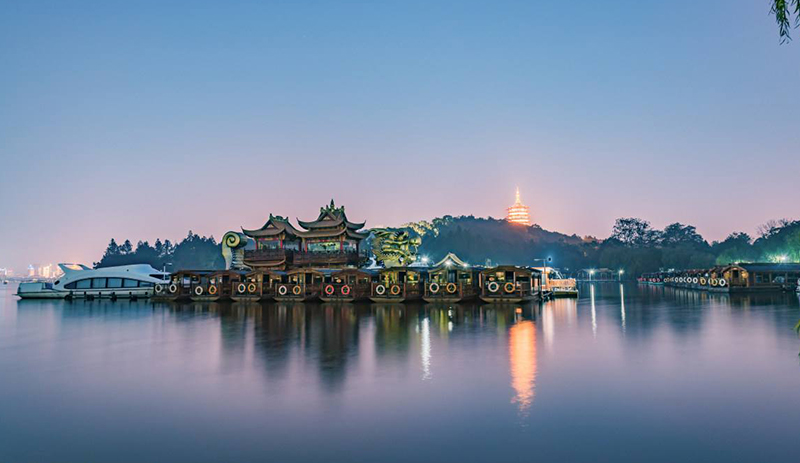 Hangzhou, referred to as “Hang”, Zhejiang provincial capital, sub-provincial city, Yangtze River Delta urban agglomeration center city, core city of Hangzhou Bay Dawan District, Hangzhou metropolitan core city, Shanghai Jiahang G60 Kechuang Corridor Central City, international importance The e-commerce center is located in the southeast coast of China, the northern part of Zhejiang Province, the lower reaches of the Qiantang River, and the southern end of the Beijing-Hangzhou Grand Canal. It is the political, economic, cultural, educational, transportation and financial center of Zhejiang Province.
Hangzhou has a history of more than 2,200 years since it was established in the Qin Dynasty. It was once the capital of Wu Yueguo and the Southern Song Dynasty. Because of its beautiful scenery, it is known as the “paradise on earth”. Hangzhou has benefited from the convenience of the Beijing-Hangzhou Grand Canal and the Tongshang Port, as well as its well-developed silk and grain industry, which was once an important commercial distribution center in history. Later, relying on the opening of railway lines such as the Shanghai-Hangzhou Railway and Shanghai’s import and export trade, the light industry developed rapidly. Since the new century, with the promotion of high-tech companies such as Alibaba, the Internet economy has become a new economic growth point in Hangzhou.