2019 is a year of explosive growth for Chinese movies, with the top 10 box office films each surpassing 1 billion Yuan in revenue.
These films cover different genres and themes, and the box office leader is a domestic cartoon.
The list of china movie box office rankings in 2019 is: 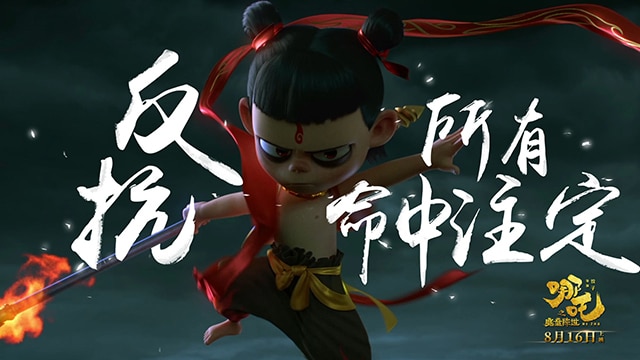 Total box office: 4.934 billion
Duration: 110 minutes
Release time: July 26, 2019
Date of shooting: 2015 to 2019
Genre: Animated Movie
The film is adapted from a Chinese myth, and tells the story of Nezha’s growing experience of “fighting against the sky” despite being “born as a demon”. The film was released in Mainland China on July 26, 2019.
On September 6, 2019, the opening ceremony of the 12th China International Comics Festival and the 16th China Animation Golden Dragon Awards were held in Guangzhou. “NeZha” won the Best Animated Feature Award, Best Animated Director Award, Best Animated Screenplay Award, Best Animated Dub Award.
On October 8, 2019, the movie “NeZha” will represent the Chinese mainland in the 2020 92nd Academy Awards for Best International Film. “NeZha” was awarded a special honour to recommend the film by the recommendation committee. 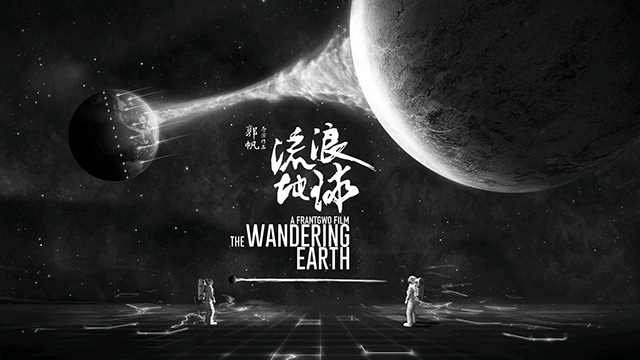 Total box office: 4.618 billion
Duration: 125 minutes
Release time: February 5, 2019 (China)
Date of shooting: May 2017
Genre: Science Fiction
“Wandering Earth” is adapted from Liu Cixin’s novel of the same name. The story is set in 2075. It tells that the sun is about to be destroyed and it is no longer suitable for human survival. In the face of despair, humanity will start the “Wandering Earth” project and try to flee the solar system with the earth. , The story of finding a new home for mankind [2].
On September 4, 2019, the General Office of the Ministry of Education and the General Office of the Propaganda Department of the CPC Central Committee issued the “39th Batch Recommending Excellent Films to Primary and Middle School Students”. This film is recommended for primary and secondary school students. On January 11, 2020, Guo Fan, the first “Light and Shadow China” film honor ceremony, won the 2019 Honorable Recommendation Director with “Wandering Earth”. 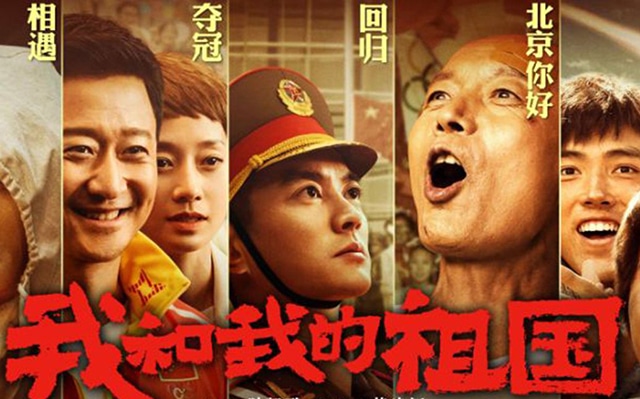 Total box office: 3.146 billion
Duration: 158 minutes
Release time: September 30, 2019 (Mainland China)
Genre: Drama
The film tells the story of ordinary people and the Republic during the 70 years of the founding of New China. It was released in mainland China on September 30, 2019. On January 11, 2020, the first “Light China” film honor ceremony won the 2019 honorary recommended film.

Total box office: 2.884 billion
Duration: 111 minutes
Release time: September 30, 2019
Shooting time: January-March 2019
Genre: Drama, Biography, Disaster
The film is based on the real situation of the successful handling of the special flight crew of Sichuan Airlines flight 3U8633 on May 14, 2018. It describes the extreme dangers encountered by the members of the “Chinese Civil Aviation Hero Crew” and 119 passengers, facing the strong wind, low temperature and cockpit release at an altitude of 10,000 meters Multiple tests.
When Sichuan Airlines flight unit 3U8633 performed flight missions, it encountered an extremely rare danger when the cockpit windshield glass burst and fell off and the cockpit pressure was released at an altitude of 10,000 meters. Crew members struggled with manual driving with very few instruments still in operation. When the cabin pressure release occurred, the flight crew immediately carried out the pressure relief treatment procedure, instructed the passengers to use oxygen masks, and shouted out in a well-trained way: “Please trust us, believe that we have the confidence and ability to lead everyone to land safely.” The correct handling of the heroic crew ensured the safety of all personnel on board and created a miracle in the history of world civil aviation. 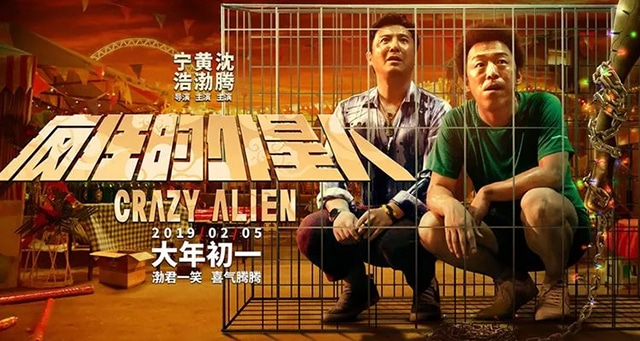 Total box office: 2.183 billion
Duration: 116 minutes
Release time: February 5, 2019
Shooting time: July 2017
Genre: Science Fiction
Geng Hao (Huang Bo) and his great brother Da Fei (Shen Teng) who are trying to make a fortune, run their own bleak “careers”, but the unexpected arrival of “foreign visitors” breaks the calm and tightness life. The mysterious western power also sent “Hum Ha Er Jiang” to look for aliens in the world. A cross-species duel that makes fun of laughs and laughs, and the “Star Wars” that started out in a seaside city in China are passionately staged. 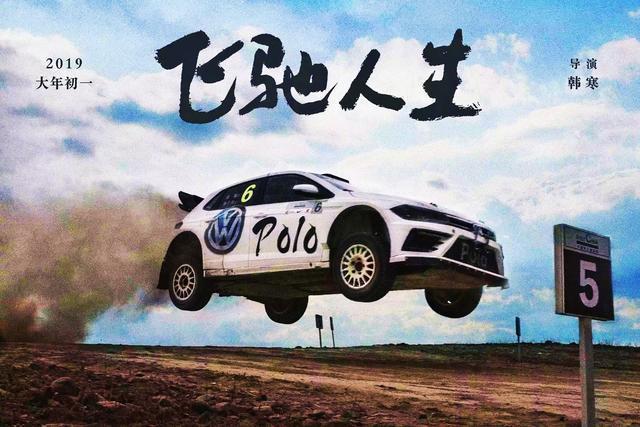 Total box office: 1.703 billion
Duration: 98 minutes
Release time: February 5, 2019
Shooting time: 2018
Genre: Inspirational, Comedy
Driver Zhang Chi (Shen Teng), who was once in the racing world but suspended for five years due to illegal racing, can now only operate fried rice stalls. Nearly forty years old, he decided to return to the car world to challenge the younger genius Lin Zhendong (Huang Jingyu), but encountered many obstacles-no money, no car, no teammates, and even a driver’s license. He brought in the former partner and navigator Sun Yuqiang (Yin Zheng) and the former team technician Ji Xing (Zhang Benyu) to help, and finally got together the equipment to prepare for the race, but the pilot Sun Yuqiang had an accident.
On February 5, 2019, the film was released in mainland China. In September 2019, the film won the Best Photography Award at the 17th Pyongyang International Film Festival. 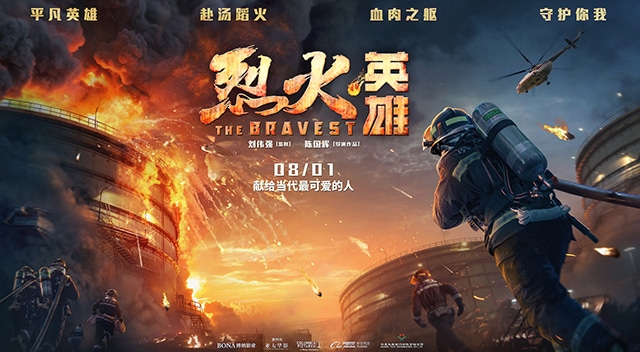 Total box office: 1.676 billion
Duration: 120 minutes
Release time: August 1, 2019 (China)
Genre: Drama, Disaster
The film is based on Balge Field’s long-reported literary work “The Deepest Water Is Tears”. The story is based on the “Dalian 7.16 oil explosion fire” as a prototype. It tells about a fire in a coastal oil tank area and the firefighting team united. The story of unanimity, resistance to death, life and the safety of the country and people.
On September 4, 2019, the General Office of the Ministry of Education and the General Office of the Propaganda Department of the CPC Central Committee issued the “39th Batch Recommending Excellent Films to Primary and Middle School Students”. This film is recommended for primary and secondary school students. 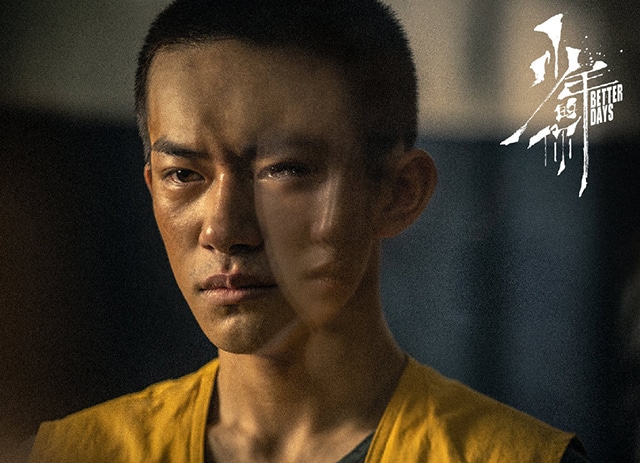 Total box office: 1.532 billion
Duration: 138 minutes
Release time: October 25, 2019 (Mainland China)
Shooting time: July 2018
Genre: Youth, Drama, Love
The film tells the story of how the two teenagers who were unexpectedly changed their fate by a campus on the eve of the college entrance examination can protect each other from becoming adults.
The film will be released in mainland China on October 25, 2019 and simultaneously released in North America and the United Kingdom on November 8. The film was shortlisted for the new generation of the 69th Berlin International Film Festival; nominated for 12 awards including the 39th Hong Kong Film Awards for Best Picture, Best Screenwriter, Best Actor and Best Actor. 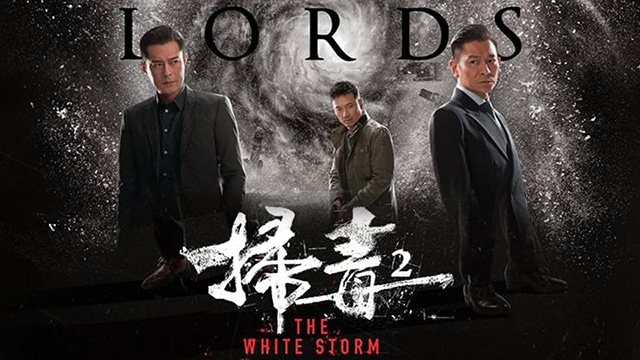 10.Sheep Without A Shepherd 《误杀》 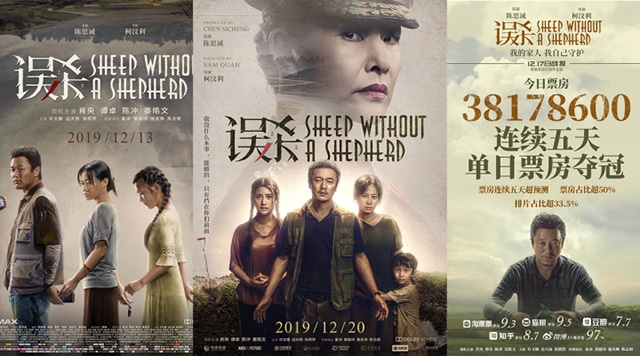 Total box office: 1.197 billion
Duration: 112 minutes
Release time: December 13, 2019
Genre: Drama, Crime
The film is a remake of the Indian film “Manslaughter and Concealment of the Diary”, telling the story of the father’s use of anti-reconnaissance tactics and the courage of the police to protect his daughter.
Li Weijie worked with his wife A Yulaitai for 17 years. He had two daughters under his knees. At the age of 40, he lived by setting up an Internet company. He also has a good impression on the residents of the town. All these good things were broken by unexpected guests. . In this border town, which is full of smuggling and drug trafficking, various powers interweave and crush fairness and justice. Li Weijie’s eldest daughter was raped by the inspector-general’s son for manslaughter. Li Weijie had witnessed the abuse of lynching by the inspector-in-chief, knowing that the law was useless. In order to protect his daughter and defend his family, Li Weijie buried his body to cover up all the evidence. 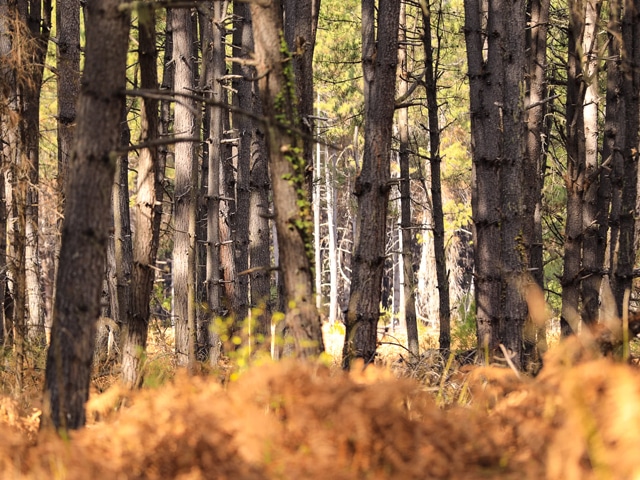 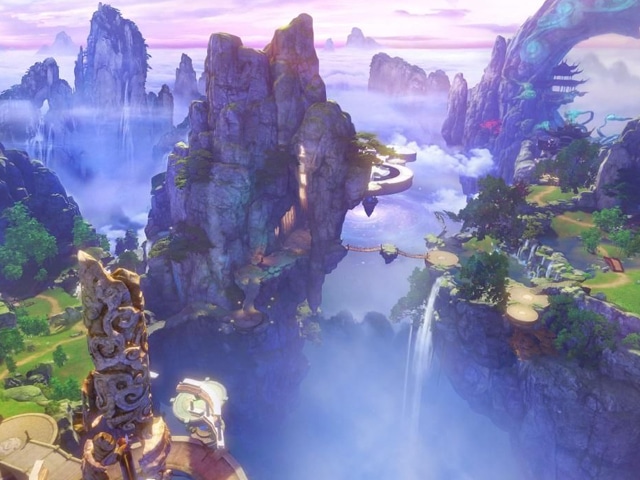