The history of China has a long history, and urban ruins have appeared since the Longshan era in archaeology. Especially in the three generations of Xia, Shang, and Zhou Dynasties, cities in the land of China have sprung up like mushrooms. Some cities have prospered for a while and then disappeared, while others have been inherited for thousands of years. So far, there are more than 600 cities in China. Each city has a unique charm and historical culture. So which ten cities are the oldest cities in China? 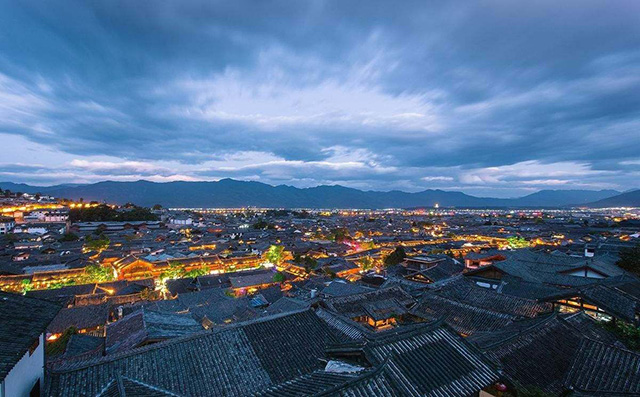 Taiyuan, abbreviated as (bīng), was built in 2500 years. It is also known as Binzhou, Jinyang in ancient times, and also known as “Dragon City”, a national historical and cultural city. Taiyuan belonged to Jizhou in ancient times, and it was one of the nine Jiuzhou in China. During the Yin and Shang Dynasties, Taiyuan was an ancient country in the Northern Tang Dynasty. Archaeologists discovered the cultural relics of the Shang Dynasty in Xutan Village, Taiyuan, and named it “Xutan-type culture”. The second largest tributary of the Yellow River, the Fen River flows through the city from north to south and is surrounded by mountains on three sides. Since ancient times, it has been known as “the splendid Taiyuan City”. It is a military and cultural center in northern China, the world’s Shanxi merchant city, and one of China’s energy and heavy industry bases. One.

Xuzhou, referred to as Xu, was built in 2600. Anciently known as “Peng Chengyuan. When the Five Emperors and Emperors Yao, Peng Zu built the Peng Dynasty, Xuzhou called Pengcheng from the beginning. After that, the construction titles of Pengcheng and Xuzhou changed many times. Called Xuzhou. During the period of the Republic of China, Xuzhou was one of the eight major cities built by the state. Xuzhou was one of China ’s Kyushus in history. It has more than 6,000 years of civilization and is the birthplace of Han culture.

Baoji, Baoji was called “Chencang” and “Yongcheng” in ancient times. It was built in 2770. Baoji is known as “the hometown of Emperor Yan and the hometown of bronze wares”. Baoji has a long history and is the location of Baoji (Baoji School). In the 11th century BC, one of the ancient ancestors of the Zhou ancestors moved from “between Rongdi” to Zhouyuan under Qishan, and established Qiyi, the earliest capital of the Zhou tribe, more than 3200 years ago. In the first year of Zhou Ping Wang (770 years ago), the Qin Xianggong was escorted to escort Ping Wang to the east, and Fenggong was conferred as a prince. The land to the west of Qiqi was established here. In the four years of Qin Wengong (pre-762), Qin established the capital of the “Thousand-Weilly Society” (now near Mei County, Baoji City). In the second year of Qin Xiangong (714 years ago), in preparation for the war, Qin Jianguo moved to Pingyang (Baoji Dongyangping Village) from the Qianwei Association, which was used as the political center. Among the ranks of the countries, all of them laid a solid foundation for Baoji to defeat the six countries in the east.

Zhaoge, referred to as Qi, 3000 years of history. zhaoge is the last capital of the Chinese Shang Dynasty and the capital of the Great Patriotic Kingdom during the Spring and Autumn Period, the old capitals of the two dynasties. In the later period of the Shang Dynasty, Wu Ding moved from Xi Bo (Luoyang) to establish the capital of Wu Ding, which was built for Wu Ding City. Later, Wang Yin was enlarged by the expansion of Wu Ding City, and the capital was changed to Chao Ge because of the west of the city. Chaoge (now Hebi Qixian, Henan) is the place where the story of “Fengshenbang” took place. Chaoge reached its heyday in the capital city as the king of Shang Dynasty. “Rogue chicks, hug cloth traders, send children to Qi, as for Dunqiu”

Xi’an, abbreviated as West, has a history of city construction in 3100. Anciently known as Changan, it is the capital of Shaanxi Province. Xi’an is located in the center of China’s land layout. It is the gateway city and important transportation hub of the Yangtze River Delta, the Pearl River Delta, and Beijing-Tianjin-Hebei to the northwest and southwest. Xi’an has a long history, and it was called “Feng Hao” during the Western Zhou Dynasty. Xi Bochang (King Zhou Wen) built Fengjing in the southwest of Xi’an City, and moved his subjects from Qishan Zhouyuan. He also ordered Ji Ji (King Zhouwu) to build Haojing on the east bank of Fengshui, which was the beginning of the city construction in Xi’an. After the establishment of the Zhou Dynasty, the Emperor Wu of the Emperor established Feng as the capital, and Xi’an was the beginning of the capital. After that, Xi’an served as the capital of the Western Han Dynasty, Sui Dynasty, and Tang Dynasty. It was renamed Xi’an in the Ming Dynasty and it is still used today. Xi’an is an important regional center in the Northwest and an important gateway to the Central Plains for the Western Region.

Anyang, referred to as Yin and Ye for short, history of city construction in 3300 Anyang is located in the northernmost part of Henan Province. In 1300 BC, Shang Wang Pangeng moved his capital to Yin, ending the history of five capital movements since the founding of the Shang Dynasty. The Shang dynasty passed on eight generations and twelve kings here, which lasted 254 years. During the three kingdoms and two Jin and Southern and Northern Dynasties, six dynasties, including Cao Wei, Hou Zhao, Ran Wei, Qian Yan, Dong Wei, and Bei Qi, built capitals here. “. Anyang Yinxu is a world-recognized capital ruins in the middle and late Shang dynasty and the first metropolis ruins in Chinese history to be documented and verified by archaeology and oracle bone inscriptions. There are “Huanshui Emperor Capital” and “Yin Merchant’s Old Capital” The reputation of “the capital of writing”.

Qufu, 3400 years of history. In Qufu, the hometown of Confucius, Confucianism is carried forward here. During the period of the Five Emperors, Shao Hao, the son of the Yellow Emperor, built the capital city in Qufu camp and became the leader of the Dongyi tribe. In the Shang Dynasty after the fourteenth century BC, Qufu was the capital of the Kingdom of Amuo, and once became the capital of the Shang Dynasty. In 1066 BC, the king of the Western Zhou Dynasty cut down the merchants, and the king of the war sealed his brother, Wang Guozai, Zhou Gongdan, in his hometown of Qufu.

Xingtai, referred to as Xing. In the history of city building in 3500, Xingtai has accumulated deep cultural connotations in the long river of history. About 200 idioms and allusions originated from Xingtai. Xia Dynasty “Yugong” set Jiuzhou, Xing belongs to Jizhou. In the mid-Shang Dynasty, Shang Zuyi moved to Xing (Xingtai City) in the ninth year (1500 BC), and Xingtai temporarily became the capital of the Shang Dynasty. At the end of the Shang Dynasty, Xing Hou was one of the three kings of the king. The land of Xingtai was founded four times and the capital was established three times. It is known as the “Hometown of Xing Kingdom and the Hometown of Xiangguo”. It is the northern gateway of the Central Plains region.

Wuhan, with a history of 3500 years, was referred to as Han. Wuhan has a long history and a long history of culture. As early as the Neolithic Age 6,000 years ago, ancestors have thrived here. The Panlong City ruins in the northern suburbs of the city, as the beginning of Wuhan city construction, have a history of 3,500 years. The Westernization Movement in the late Qing Dynasty stimulated the rise of Wuhan’s modern industry and economic development, making Wuhan an important economic center in modern China and renowned both at home and abroad. Modern Wuhan, as the birthplace of the Chinese democratic revolution, has become the national political center on several occasions. During the period of the Republic of China, Hankou was highly prosperous, and was hailed as the Chicago of the East. The three towns of Wuhan were second only to Shanghai in comprehensive strength, ranking first in Asia. Wuhan has an excellent geographical location and is an important water, land and air transportation hub in the country. It is a national geographic center that connects the east to the west and connects the south to the north.

Luoyang, with a history of 4,000 years, was referred to as Luo. Also known as Jingluo, Shendu, the ancient capital of the Thirteen Dynasties, the starting point of the Silk Road in the east, the world-famous holy city of oriental culture, is the city with the most world cultural heritages except Beijing. The Hetu Luoshu illuminates the first rays of the Chinese civilization. During the period of the Three Emperors, Fuxi’s Hetu played gossip. Luoyang was the secret capital of the Yellow Emperor during the Five Emperors period, and the capital of the Emperor. Xia Duxuan is the capital of the first dynasty in Chinese history, so Luoyang is known as “the first capital of China”. After the Shang Tang dying out of the summer, another new capital, Xi Bo, was established in the vicinity of Shimo. Luoyang was also the capital of the Shang Dynasty. Zhou Chengwang “Zhaizi China”, Luoyang is China’s first city with a complete plan. China’s country name originated from ancient Luoyang, so it has the reputation of the country and the city.