10 Movies Released During The Chinese New Year In 2019 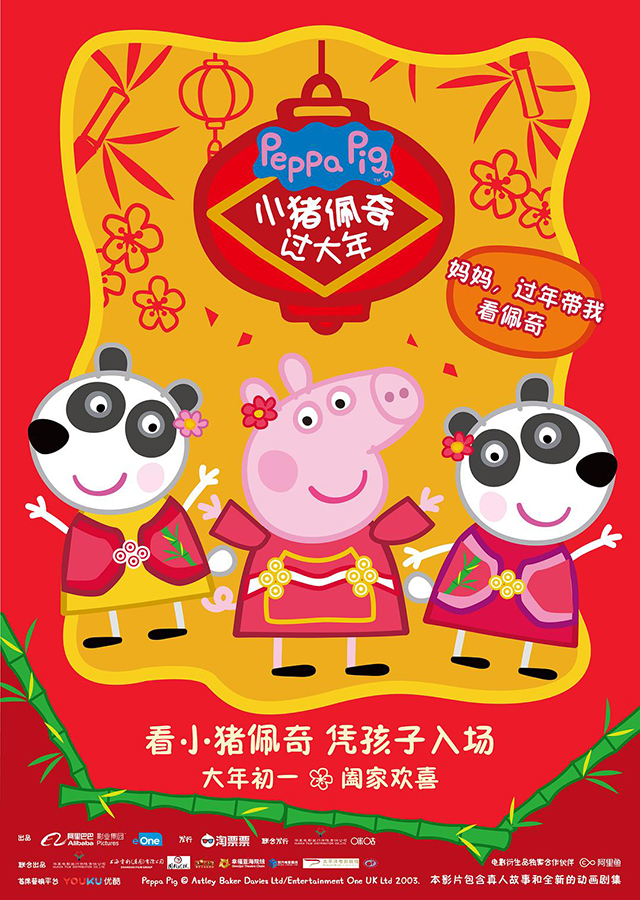 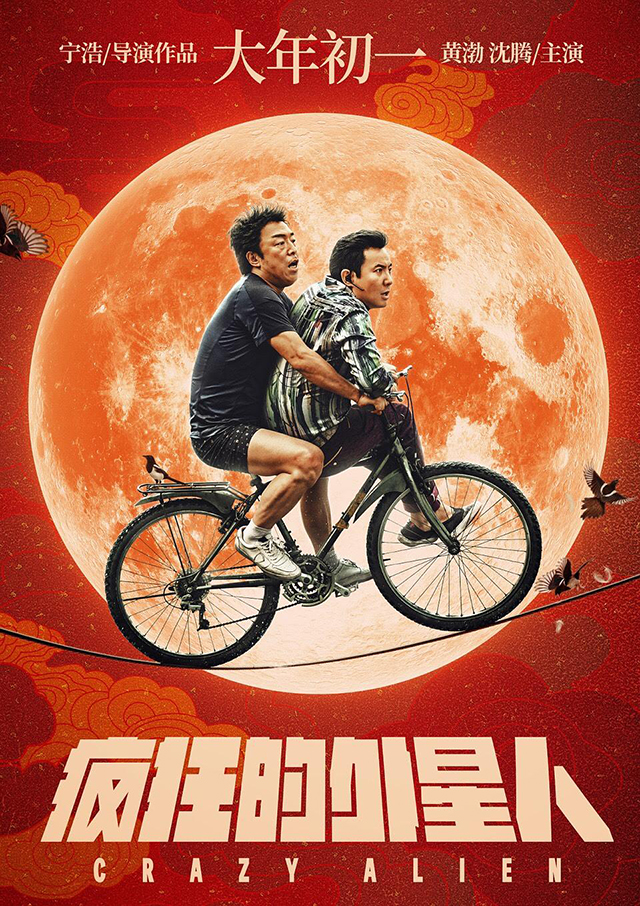 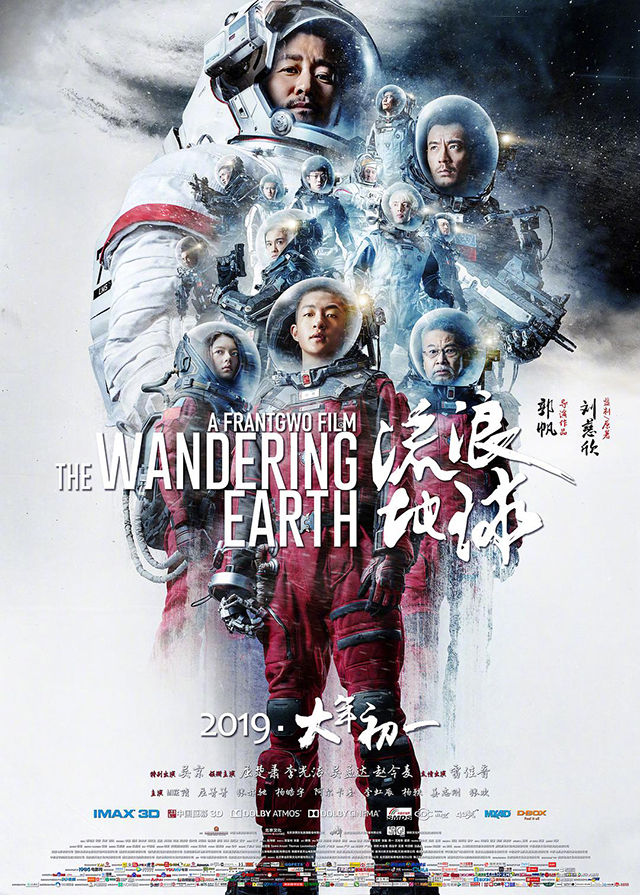 [v_warn]Director: Guo Fan
Screenplay: Gong Geer / Yan Dongxu / Guo Fan / Ye Junce / Yang Zhixue / Wu Hao / Ye Yichang / Liu Cixin
Starring: Qu Chuxiao / Wu Jing / Li Guangjie / Wu Mengda / Zhao Jinmai
Type: Science Fiction / Disaster
Producer Country/Region: China
Language: Mandarin Chinese / English
Release date: 2019-02-05 (Mainland China)
Length: 125 minutes[/v_warn]
Synopsis
The sun is about to be destroyed, and humans have built huge propellers on the surface of the earth to find new homes. However, the road to the universe is in jeopardy. In order to save the earth, in order for mankind to reach new homes after a long period of 2,500 years, the young people of the wandering earth age will come forward and start a battle of life and death. 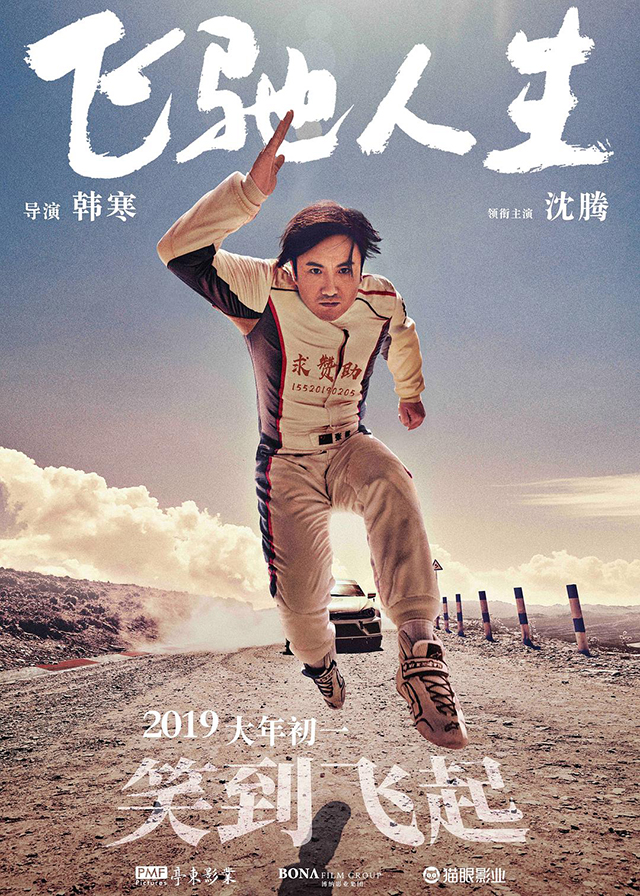 [v_tips]Director: Han Han
Screenwriter: Han Han
Starring: Shen Teng / Huang Jingyu / Yin Zheng / Zhang Benyi / Yin Yu
Type: Comedy
Producer Country/Region: China
Language: Mandarin Chinese
Release date: 2019-02-05 (Mainland China)
Length: 98 minutes[/v_tips]
Synopsis
The racing car Zhang Chi (Shen Teng), who used to be in the racing world and can only manage the fried rice stalls, decided to return to the car to challenge the genius of the younger generation. However, there is no money, no car, no teammates, and even a driver’s license has to be re-examined. This joke has been repeatedly hit by the face of the face, and there are more distressed embarrassing waiting for the car god.

5.《The Knight of Shadows: Between Yin and Yang》《神探蒲松龄》 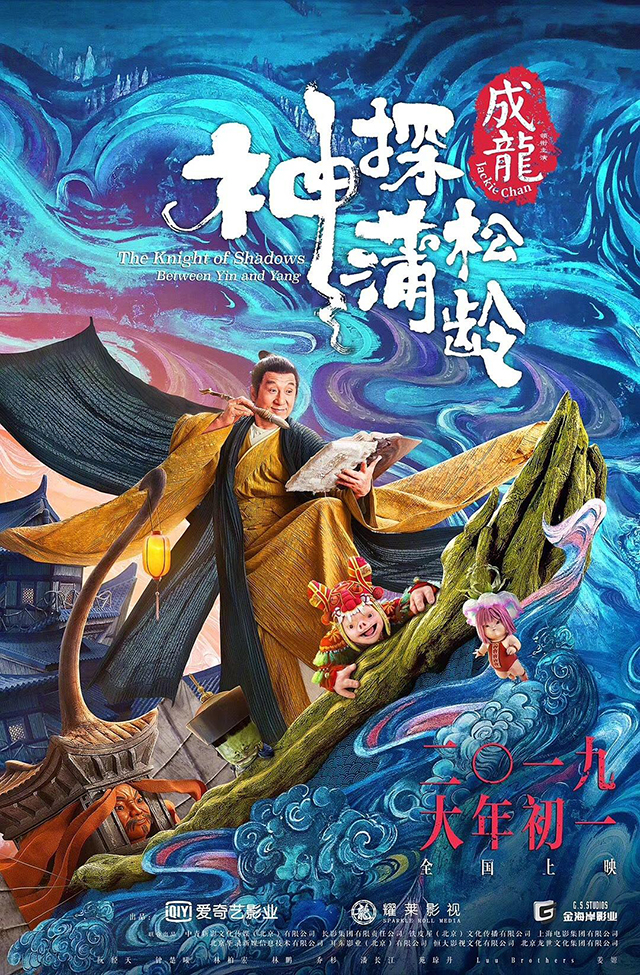 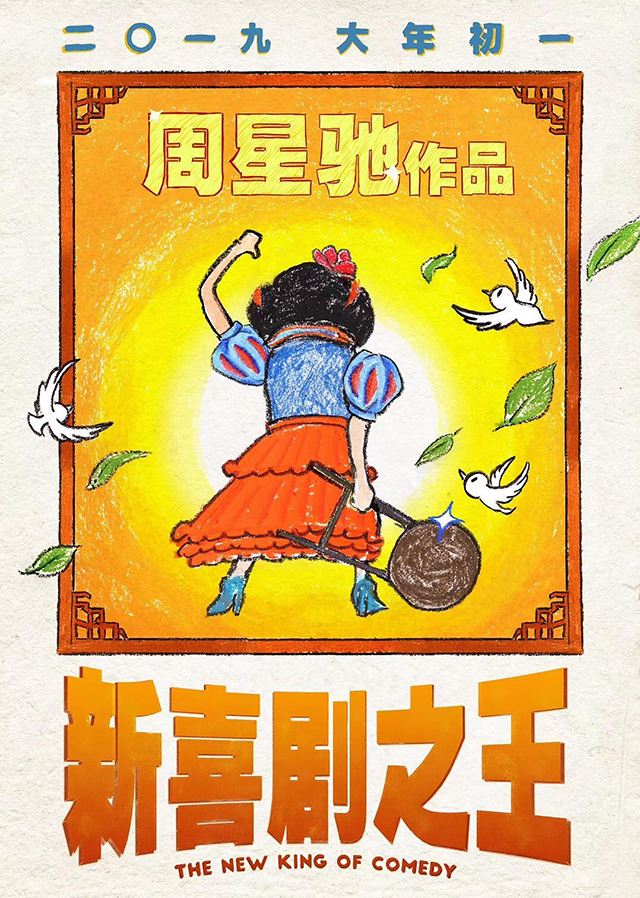 [v_error]Director: Stephen Chow
Screenwriter: Stephen Chow
Starring: Wang Baoqiang / E Jingwen / Zhang Quan Egg / Jing Ruyang / Zhang Qi
Genre : Drama / Comedy
Producer Country: China / Hong Kong
Language: Mandarin Chinese / Cantonese
Release date: 2019-02-05 (Mainland China)
Length: 91 minutes[/v_error]
Synopsis
The young women who have always had a star dream have been unsuccessful for many years. Her relationship with her father was tense, and her relatives and friends advised her to give up. Only her boyfriend, Charlie, supported her. In the crew, as the dream meets young actor Ma Ke who inspired her acting. However, at this time, Marco, who had been angry for many years, was mad at the inferiority of his heart, and tortured like a dream. As dreams are still optimistic and insist on acting, but once more than a heavy blow came one after another, and finally she decided to give up her dreams and return to her parents to find a stable job, but learned that she was short-listed for the famous director’s new film. If dreams fall into difficult choices 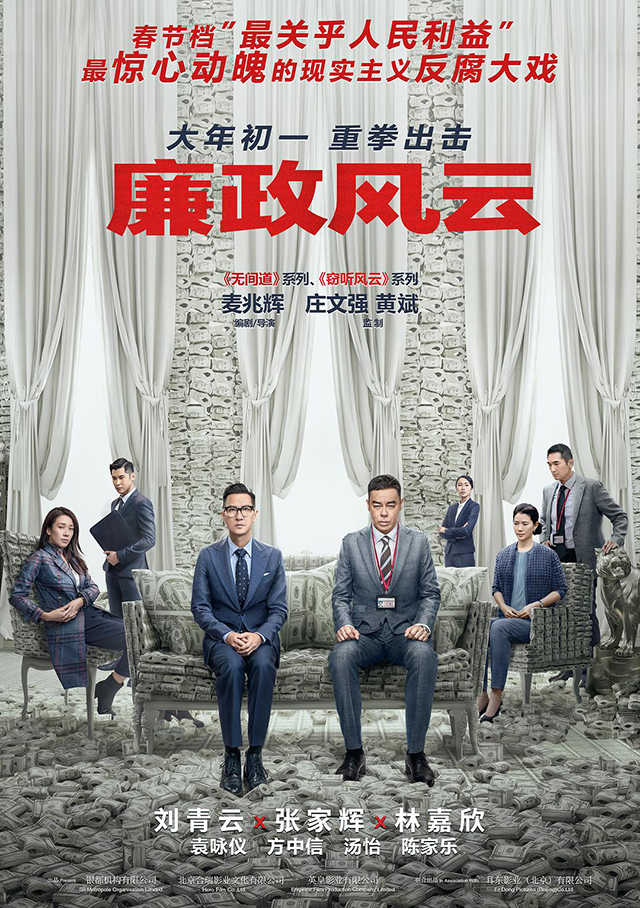 [v_warn]Director: Mai Zhaohui
Screenwriter: Mai Zhaohui
Starring: Liu Qingyun / Zhang Jiahui / Lin Jiaxin / Fang Zhongxin / Yuan Yuyi
Genre : Drama / Suspense / Crime
Producer Country: Hong Kong / China
Language: Cantonese
Release date: 2019-02-05 (Mainland China)
Length: 114 minutes[/v_warn]
Synopsis
The ICAC’s serious illegal domestic bribery case, which was investigated for many years, was absent from the first accused Li Da Trading Group’s head, Chen Chaoqun, and the only important witness and reporter. Lida’s former financial controller, Xu Zhizhen (Zhang Jiahui), was absent. Testifying in court led the court to order a review for a week! In order to successfully reopen the case after 7 days, the ICAC launched a comprehensive operation. Chen Jingci (Liu Qingyun), the captain responsible for the case, and Jiang Xueer (Lin Jiaxin), who is in charge of finding witnesses, were originally a pair of loving couples of the ICAC. Now they have been separated for a long time, and they have to work together for the case. In the process of arresting Chen Chaoqun and looking for Xu Zhizhen, both of them accidentally discovered another important identity hidden behind them. The unraveling of a mystery is the opening of another mystery. The conspiracy behind it is far beyond everyone’s imagination. Where is the road of light under the smoke screen? 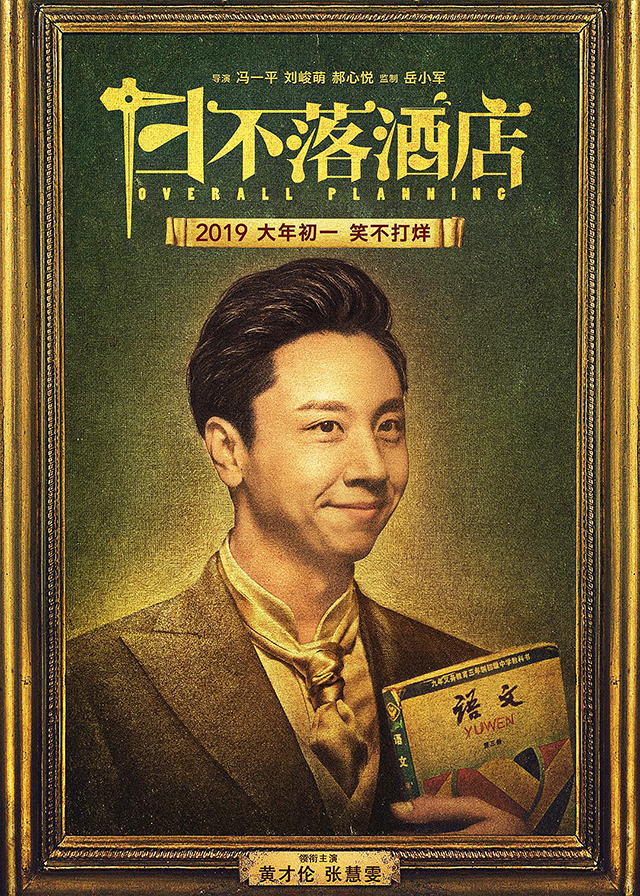 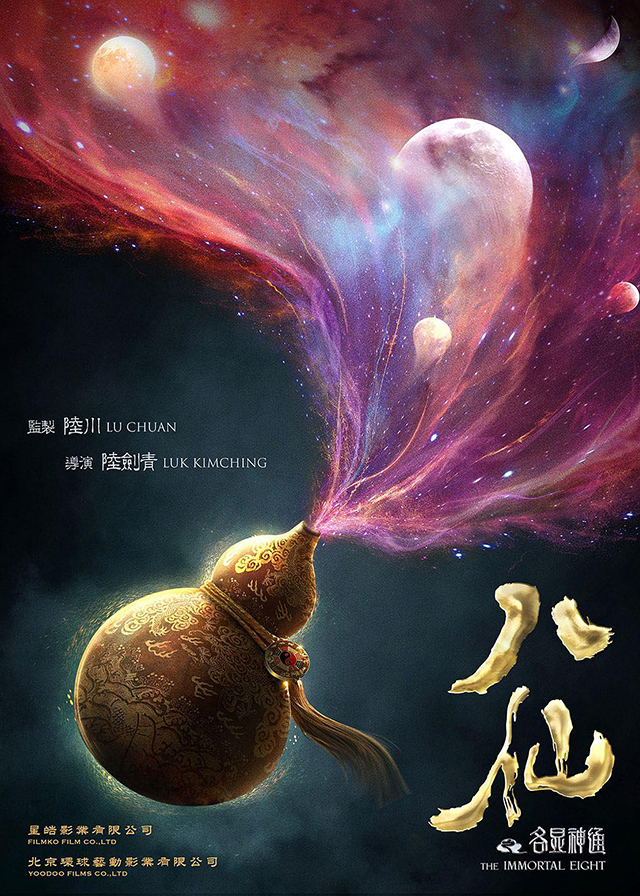 [v_notice]Director: Lu Jianqing
Screenwriter: Wei Junzi / Xu Shaofei / Yang Bingjia
Genre : Fantasy / Adventure
Producer Country: China / Hong Kong
Language: Mandarin Chinese
Release date: 2019 (Mainland China)[/v_notice]
Synopsis
In addition, the traditional mythology “Eight Immortals Crossing the Sea” will also be adapted into a movie. The famous film critic Wei Junzi fencing the script, the film name is “Eight Immortals”, the film is not simply to put the myth story on the screen, but will be a modern interpretation. The synopsis of the story is this: the savage genius of the genius of the genius, who was now decadent, got a secret mission that had the opportunity to become a celestial again. He found seven waste woods on the road together, but they completed the mission and they fell into the heavens. In the midst of a big crisis, they must once again embark on a journey to save their mistakes. Wei Junzi confirmed the news to the reporter of Time Network, but said that at the beginning of the project, the specific details are not convenient to disclose. 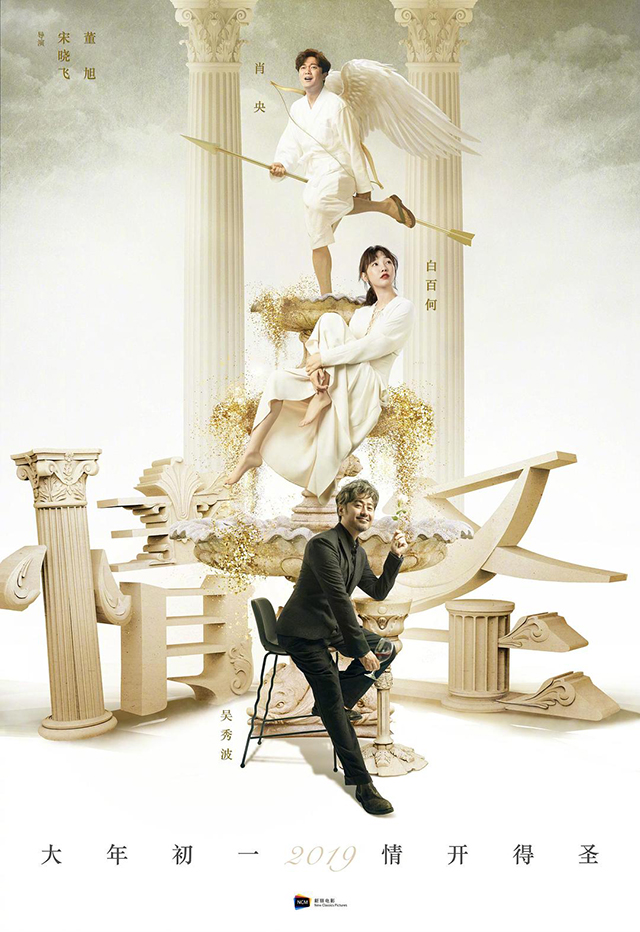 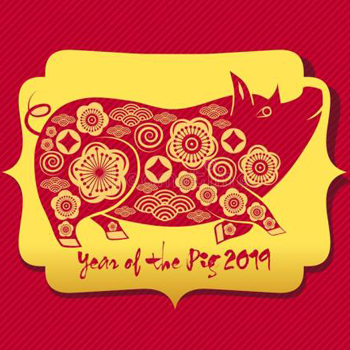 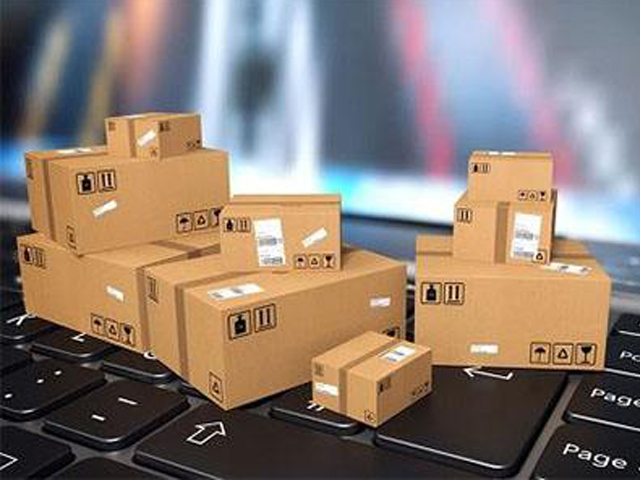