China has a rich breakfast culture, which has its own breakfast features due to the different regions in the north and the south. Not only the taste is different, but the variety of food is also ever-changing. The breakfast in these 10 places is the most special and most recommended.So the 10 Local Specialties Breakfast In China are these: 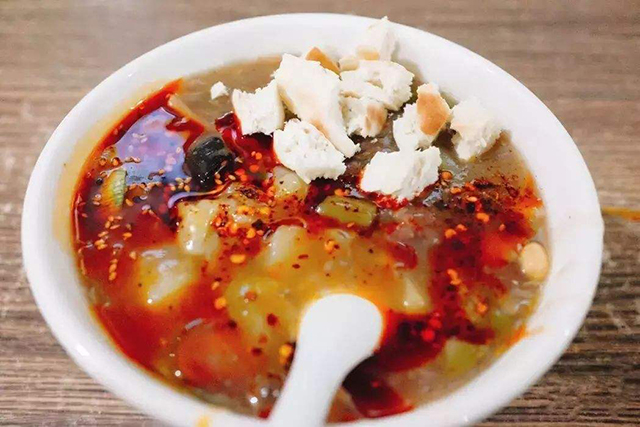 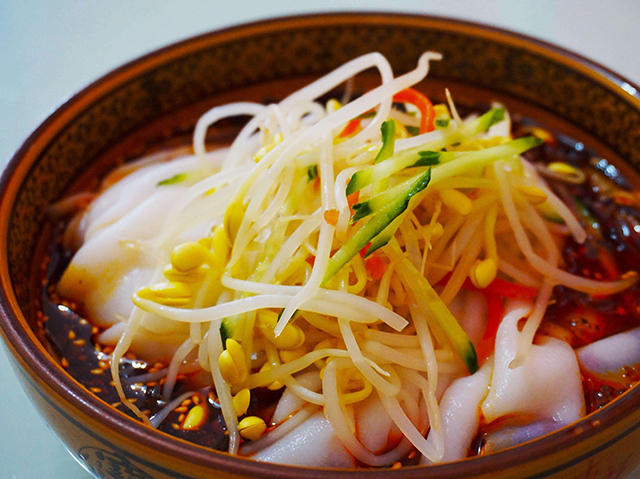 Hanzhong Mianpi is a famous snack in the Hanzhong area in southwestern Shaanxi. According to legend, it began in the Qin and Han Dynasties. It is usually immersed in rice and ground into rice syrup. It is steamed into thin skin on the basket. It is smeared with rapeseed oil and cut into strips. According to personal taste, it is transferred into oily chili, monosodium glutamate, refined salt and vinegar. Soy sauce, garlic water and other condiments, mix well and serve.
The local hot food, called hot noodles, can also be placed in a ventilated place to cool down and then cold (local cold noodles or cold noodles). The side dish (bottom mat) mainly includes seasonal bean sprouts, potato silk, cucumber silk, carrot silk, celery, spinach, etc. The taste is soft and spicy. If you don’t need to eat it immediately, you can dry it and fry it. There are also cockroaches, fried and other ways to eat.
Hanzhong noodles are generally made from rice syrup. Occasionally, the flour is directly pulverized (locally called “face dough”), or potato starch or sweet potato starch is mixed in the rice syrup and noodle to enhance the toughness, and the “face skin” is not emphasized. Made for rice pulp. 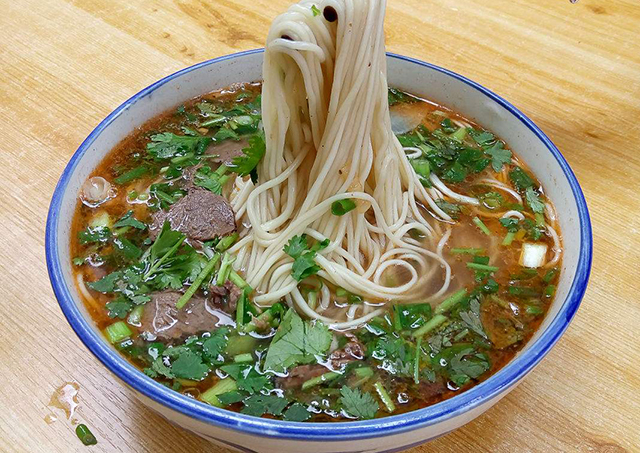 Lanzhou Beef Noodle, also known as Lanzhou Qingtang Beef Noodle, is one of the “Top Ten Chinese Noodles” and is a snack in Lanzhou, Gansu Province. It has the unique flavor of “Ming Jing Qing, fleshy smell, fine face” and “one clear two white three red four green five yellow”, one clear (tang Qing), two white (radish white), three red ( Chili oil red), four green (coriander, garlic green), five yellow (noodle yellow bright), won the praise of domestic and even customers around the world. It was named one of the three Chinese fast foods by the China Cuisine Association and won the reputation of “China’s No. 1 Side”.
According to the legend, Lanzhou beef noodles originated in the Tang Dynasty. At present, it is recorded that Lanzhou beef noodles began in the Jiaqing period of the Qing Dynasty. Founder: Chen Weijing. After the succession of the descendants, the “one clear (soup) two white (radish) three red (spicy) four green (coriander garlic seedlings) five yellow (noodles yellow bright) unified the standard of Lanzhou beef noodles. The five major steps of its production, from the selection of materials, dough, noodles, and slips and ramen, skillfully use the physical properties of the ingredients, namely the extensibility and elasticity of the gluten protein.
Lanzhou Beef Noodle is the most popular popular economic snack in Lanzhou. 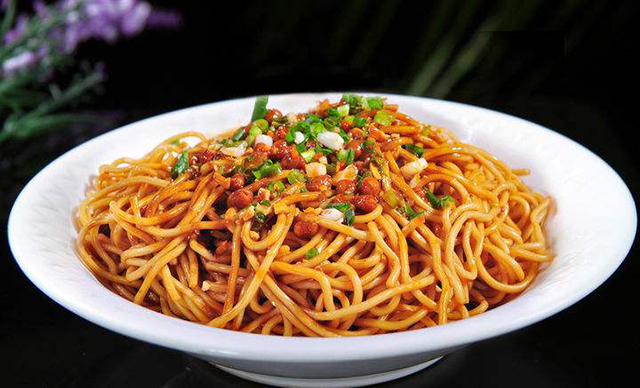 Hot dry noodles is one of the top ten noodles in China and one of the most famous snacks in Wuhan, Hubei. There are many ways to do it. Usually used as oil, salt, sesame sauce, salad oil, sesame oil, chives, garlic, spicy radish, brine, and soy sauce as auxiliary materials. Its color is yellow and oily, and it tastes delicious. Because of its high calorie, it can also be used as a staple food, nutritious breakfast, and supplement the energy needed by the human body. 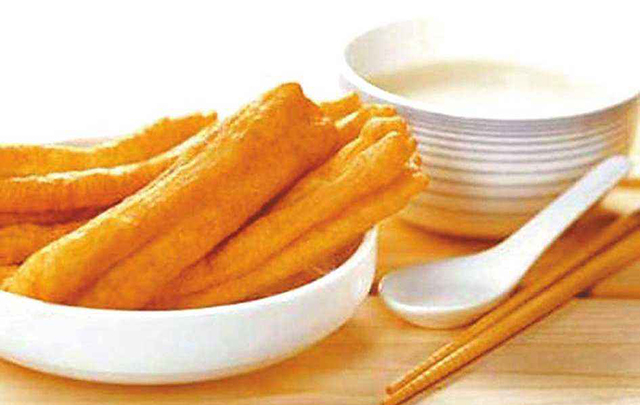 Beijing To solidify is a unique eating food in Beijing. It is made from water-milled mung beans when making fans or powder. After removing the starch, it leaves the light green and blue-green soup, which is fermented and made. It is said that Beijing To solidify has been introduced to the royal family as early as the Qianlong period. 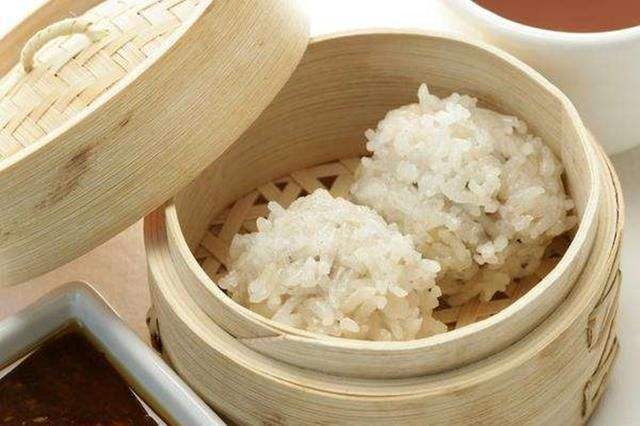 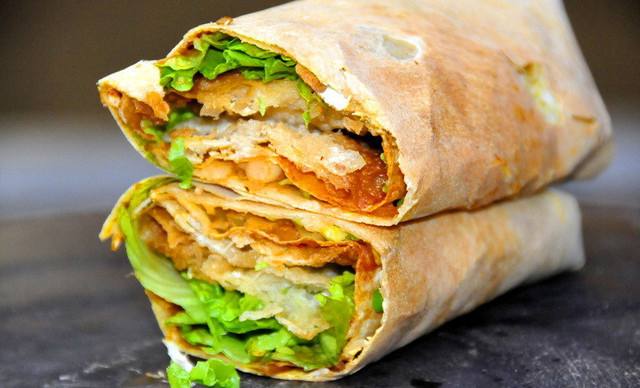 Shandong pancakes originated from Taishan, very thin, made from whole grains of cereals. This is a food for the civilians – it is served with green onions, vegetable meat or mountain seafood, which can be eaten with gusto. In Xintai City, Shandong Province, a very famous pancake town, Loude Town, has the title of “China’s first pancake town”. This place will be a Shandong pancake. 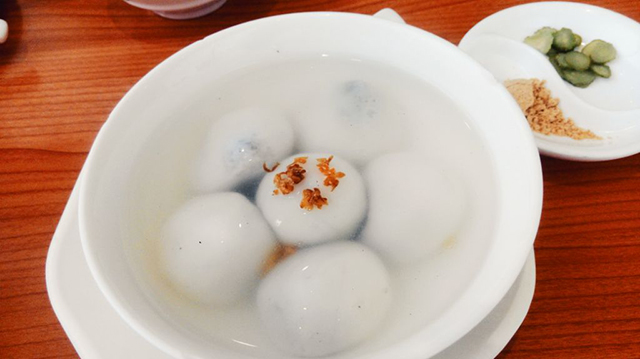 Ningbo Glutinous Rice Balls is one of the famous specialty snacks in Ningbo, Zhejiang Province. It is also one of the representative snacks in China, the Spring Festival, the Lantern Festival holiday food customs. The history is very long. According to legend, the rice dumpling originated in the Song Dynasty. At that time, Mingzhou (now Ningbo City, Zhejiang Province) raised a novelty food, which was made with black sesame seeds, pig fat oil and a little white sugar. The outside was smashed with glutinous rice flour. After cooking, it tasted sweet and delicious. Funny. Because this glutinous rice ball was boiled and sinking in the pot, it was originally called “Floating Yuanzi”. Later, some areas changed the “Floating Yuanzi” to Yuanxiao. Unlike most Chinese, Ningbo people have a traditional custom of sitting together at Glutinous Rice Balls on the Spring Festival morning. 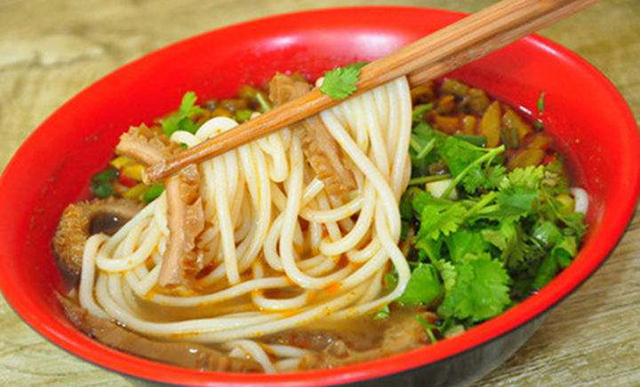 Changsha rice noodles is a traditional dish in Hunan Province and belongs to Xiang cuisine. It is one of the favorite foods of Changsha citizens. It is made from rice flour, mustard, shredded pork, salt, monosodium glutamate, soy sauce, miscellaneous soup, dried pepper powder, chopped green onion, and cooked lard. 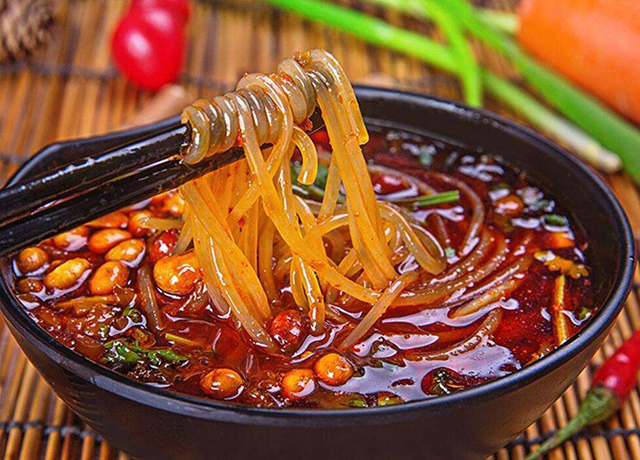 Chongqing Suanlafen is a local traditional snack widely circulated in the urban area of Chongqing. It has always been one of the favorite people of Chongqing. The hand-made main powder is made from sweet potato and pea starch, and then manually leaked by farmers.
The fans of Chongqing Suanlafen are strong in their teeth, spicy and sour, and appetizing, and are popular among local people in Chongqing.
“Chongqing Suanlafen” is a pure natural green food. Due to its unique taste and hot and sour appetite, Chongqing’s Suanlafen has long been loved by Chongqing people. It is characterized by “hemp, spicy, fresh, fragrant, sour and oily but not greasy”. . Known as the “first powder in the world”. 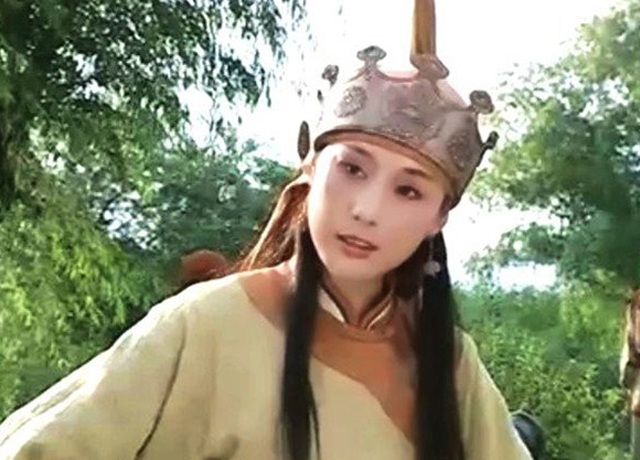 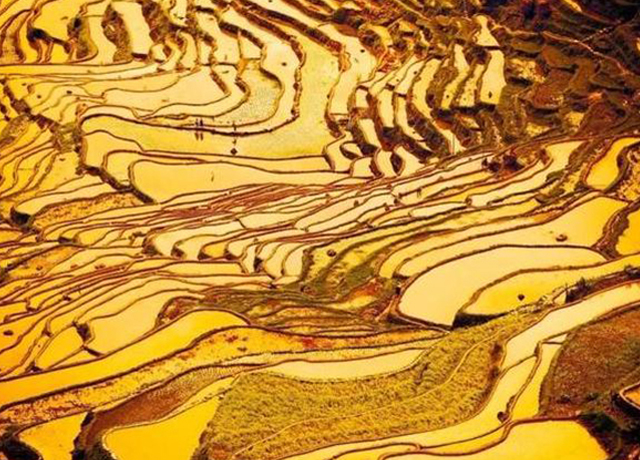 Top 10 Most Beautiful Terraces In China 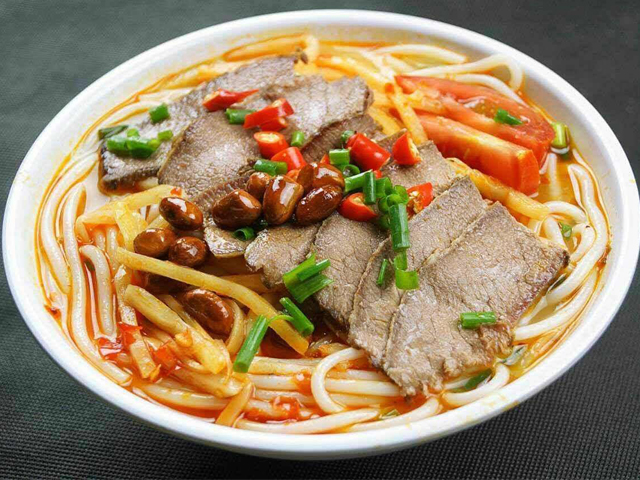 China has a wealth of traditional culture and traditional snacks, which are familiar to Chinese people, but for foreigners, 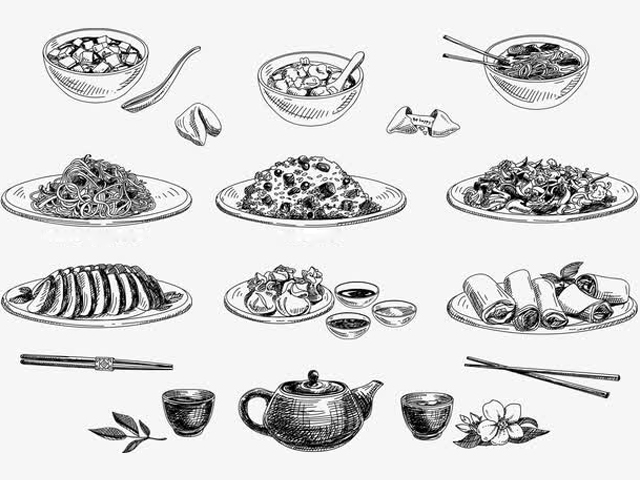 China is a big country of food culture. Not only is there a wide variety of foods, but its taste is also changing due to its 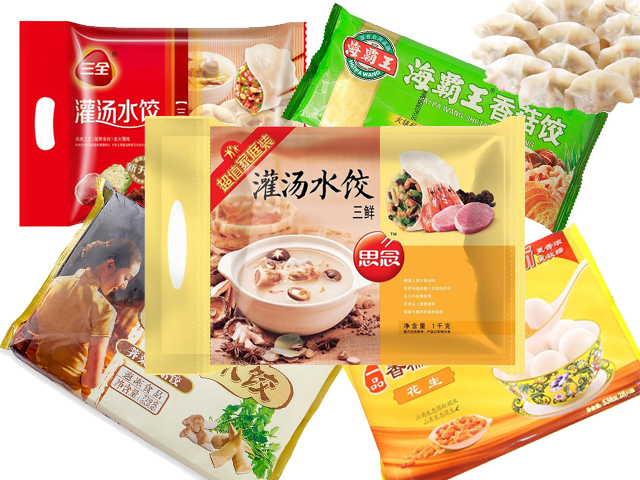 The Chinese invented the dumplings and they were popular all over the world. There are a number of very good dumpling