In early 2020, a new coronavirus pneumonia(COVID-19) occurred in Wuhan, Hubei, China. After the pneumonia outbreak, the country was mobilized. Medical workers from all over the country spontaneously supported the front line, while on the other side two new temporary hospitals were also being established. The two hospitals, Vulcan Mountain and Thunder Mountain, took 10 days to plan and complete. 10 days to build a hospital in China.
For more details on this new Wuhan Coronavirus Pneumonia(Official Name:COVID-19), you can view it here:Novel Coronavirus Pneumonia In Wuhan
Due to the outbreak, the traditional Chinese New Year is in progress. Many workers have gone home on vacation. But after the plan to build a new hospital came out, many people came from all over the country to join for free. In order to catch up with the schedule, everyone worked day and night. The hospital was finally built as soon as possible, and no major contribution was made to the epidemic prevention work.

Why build a new hospital?

Based on the current development trend of the pneumonia epidemic, in order to prevent the disease from expanding, the Chinese government is determined to control the epidemic to a minimum, so it is determined to establish a new hospital. In order to centralize the diagnosis and treatment of critically ill patients, and to control the disease to a minimum, in order to reduce the spread of new pneumonia.

How to build a new hospital in 10 days？

In SARS in 2003, Beijing Xiaotangshan Hospital was established within 7 days. And admitted SARS patients who occupied 1/7 of the country at that time.
This new coronavirus pneumonia is more fierce than SARS. At this time, it is the Spring Festival holiday and the flow of people is large. Wuhan is also a large city with a population of more than 10 million and a transportation hub to all parts of the country. Various reasons are intertwined, and the establishment of a new hospital is imminent. Therefore, the Wuhan Municipal Government quickly decided to recommend two new hospitals: Vulcan Mountain Hospital(Huoshenshan Hospital) and Thunder Mountain Hospital(Leishenshan Hospital).
Site selection of Huoshenshan Hospital: planning, environmental protection and other departments urgently consulte
Design of Huoshenshan Hospital: The designer of Xiaotangshan SARS Hospital quickly participated. The CITIC Architectural Design Institute and other design agencies formed an emergency project team of more than 60 people. They came up with the design plan within 5 hours and drew the design drawing within 24 hours.d and will be located in Wuhan Sanatorium by the Zhiyin Lake. It is far from the densely populated main city of Hankou, and the supporting infrastructure such as transportation and pipelines is complete.
Construction of Huoshenshan Hospital: Many construction companies are vying for battle. The headquarters finally determined that the four companies of China Construction Third Bureau, Wuhan Construction Engineering, Wuhan Hangfa, and Hanyang Municipal Government participated in the construction, clarified the construction tasks, issued a “military order”, and quickly started construction.
No one expected that a construction site became the focus of tens of millions of people. Tens of millions of netizens became “supervisors” in front of the screen after the scene of the Vulcan Mountain construction site was “cloud live” on the Internet.
“This is not just a live broadcast of a construction site, but the hope of fighting the epidemic. Everyone hopes to be faster and faster.” Similar online comments are always visible.
Viewed from the air, the two inpatient buildings on Vulcan Mountain are in the shape of a “fishbone” on the two sides of the hospital. The “main fishbone” is a long walkway in the middle, which functions as a passage for medical staff and an office area. The aisle connects the 9 ward areas of the “second fishbone”, and any ward can be walked in the aisle. 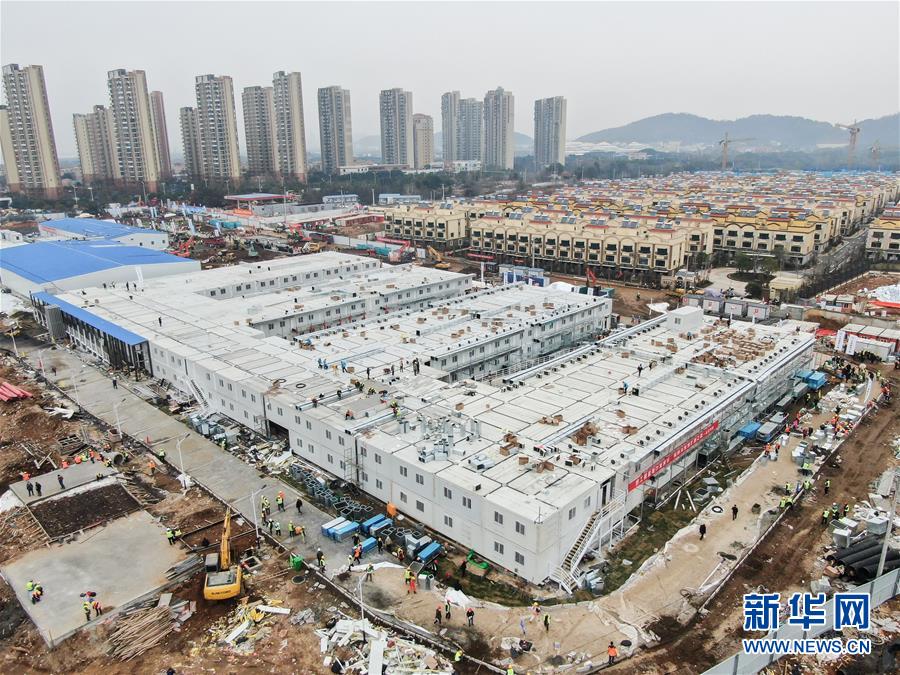 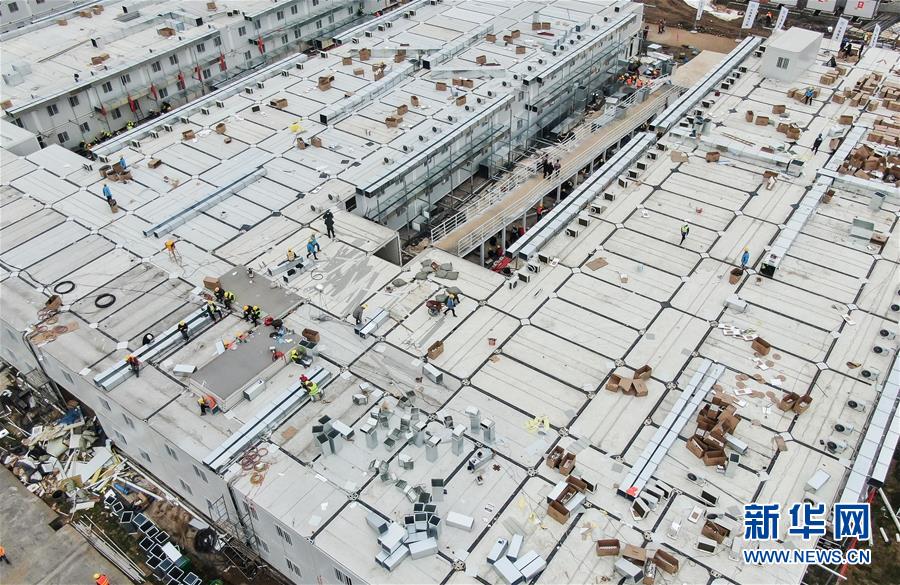 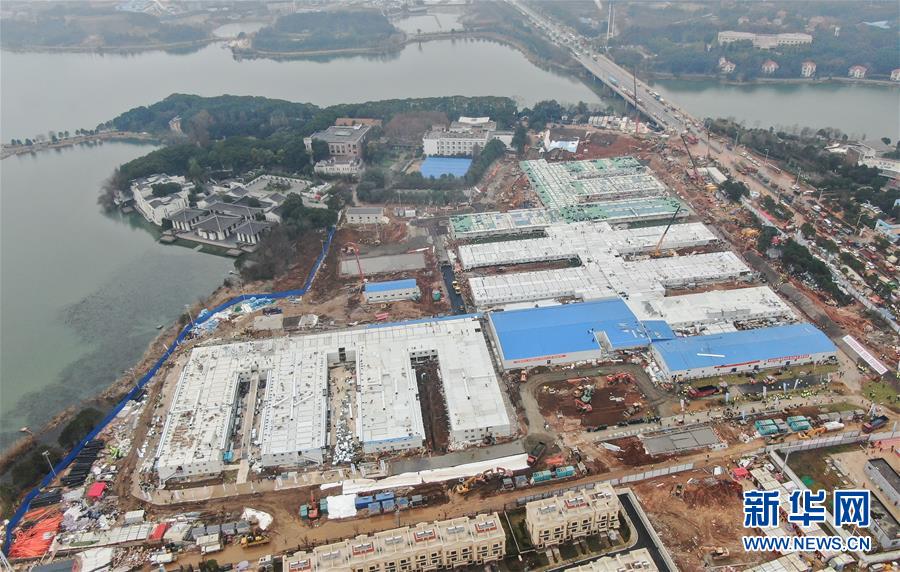 As an infectious disease hospital, the structure of the room is as large as a sewer pipe. In terms of various protective measures, it is almost harsh. And make full use of Xiaotangshan Hospital, let the design and construction of Vulcan Mountain Hospital “stand on the shoulders of giants.” 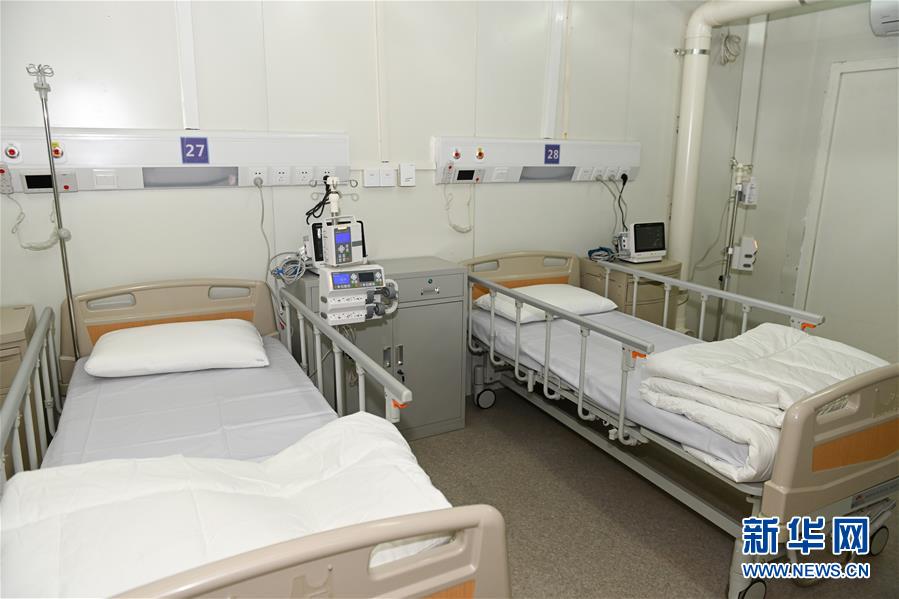 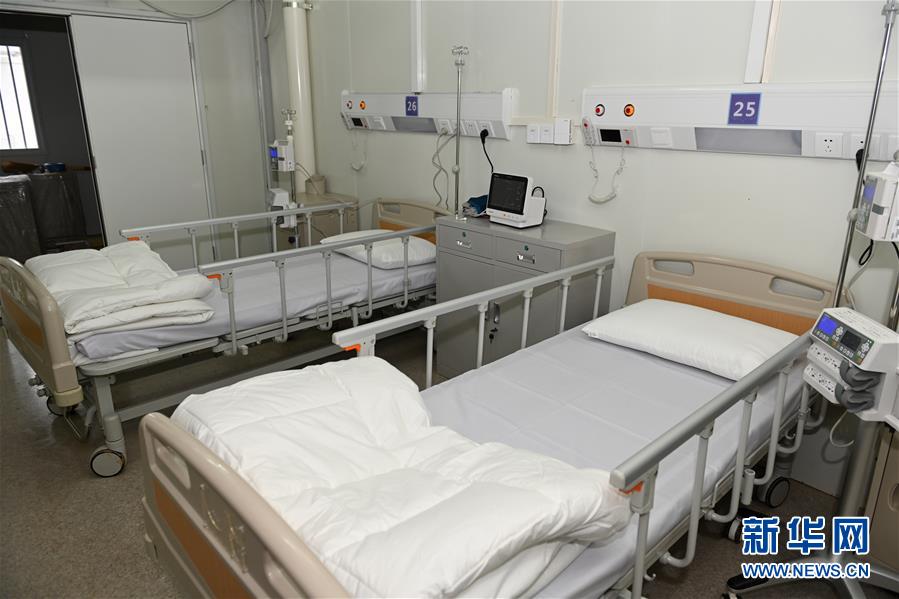 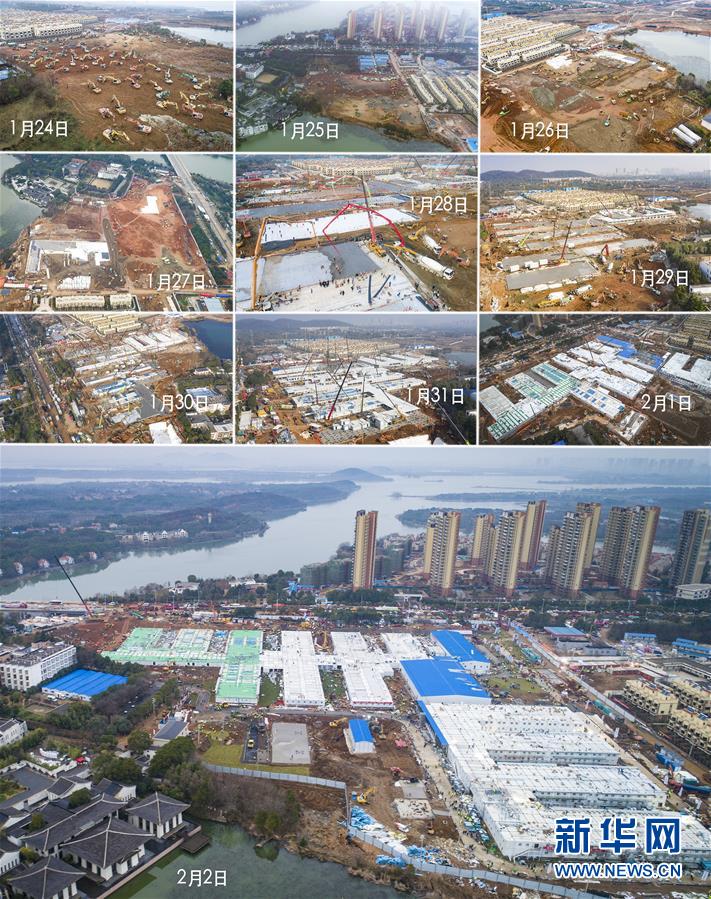 Why only China can build a new hospital in 10 days?

It can be seen from the just past 70th anniversary of the founding of China. The Chinese have a very strong national cohesion and appeal. In times of crisis, they can always stand up and support the country as soon as possible. This is why we can always provide support and help from all over the country after the occurrence of this new coronavirus pneumonia.
Chinese people from all over the world donated masks and other medical materials to China;
After the pneumonia epidemic in Wuhan, medical workers in all provinces of the country gathered for the first time;
Numerous caring companies and people donated money and materials to the front line of Wuhan epidemic prevention
These things are commonplace in China.
However, it also proves that the Chinese are extraordinary. 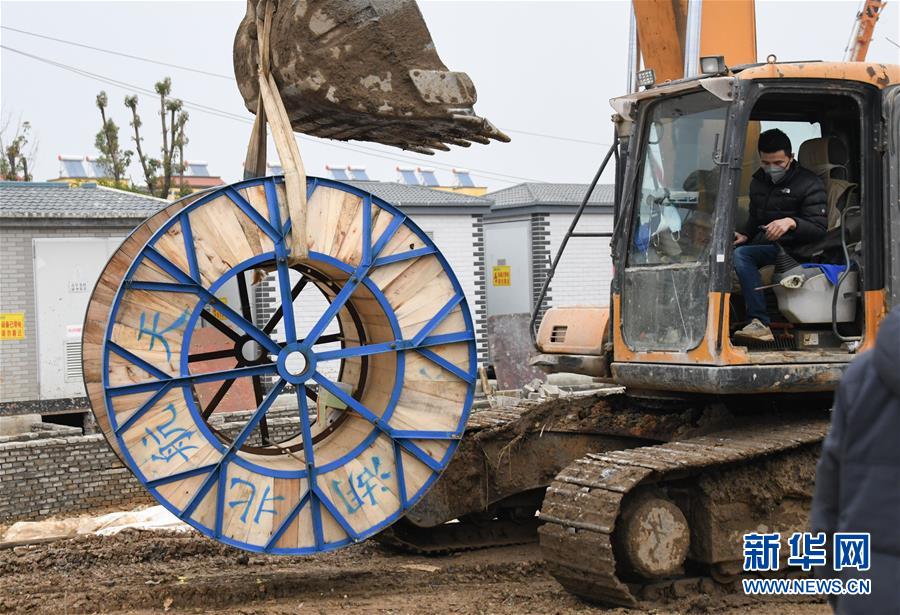 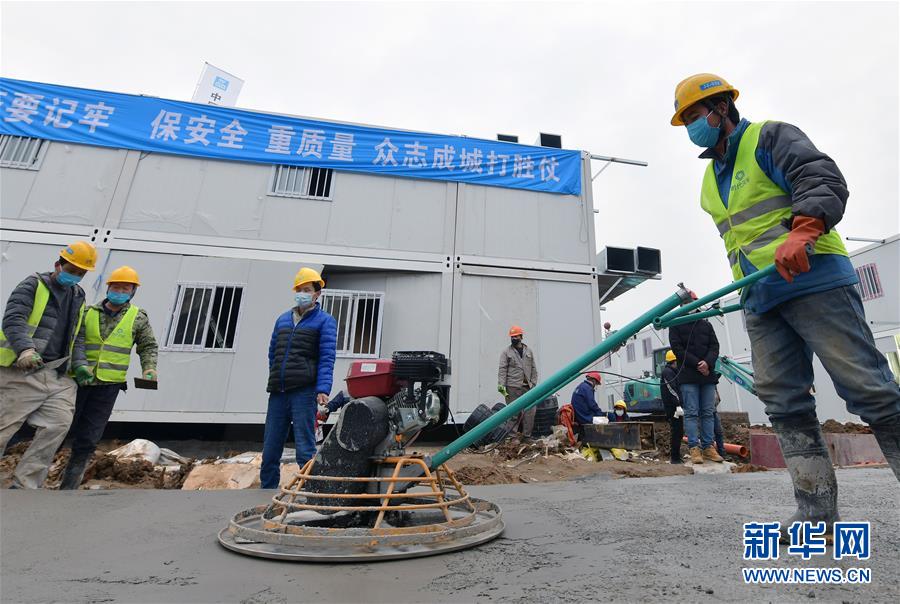 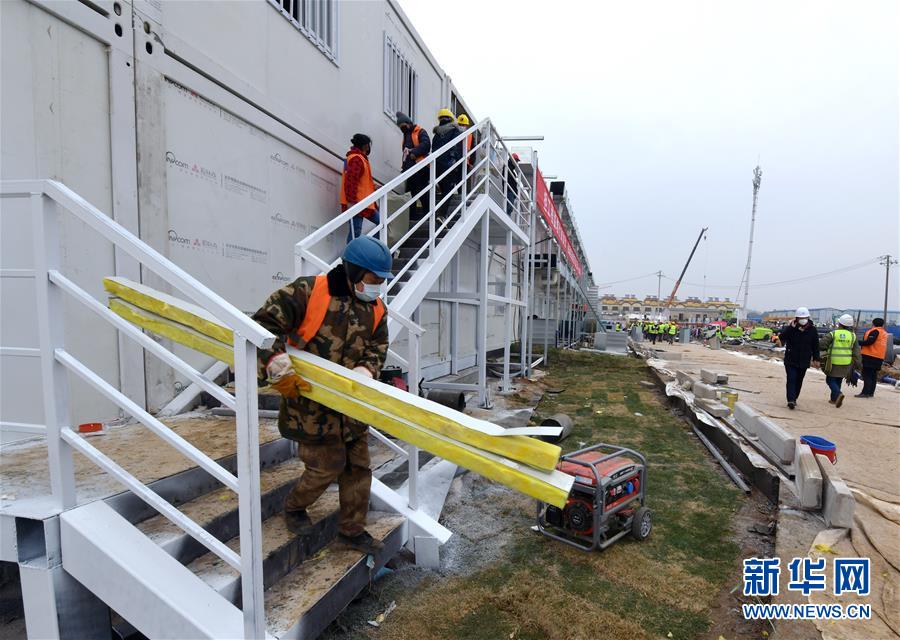